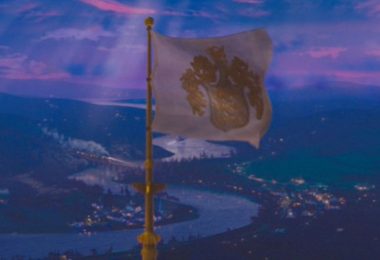 Q : In the opening Disney Castle sequence that has opened Disney movies since 2006, there is a flag flying on top of the castle that I can't identify. I've looked everywhere but can not find an answer or any image that matches it. The most common guess on blogs is that it is a Disney family Crest, but can not find confirmation on that. I have also read that the castle is a morph of all the Disney castles and likewise, the flag is representative of European coats without being any in particular. And I know that this sequence frequently modifies per film. Does the flag change? I feel like it was red most recently for The Jungle Book. I hope you can clarify.
Erik, Chicago, Illinois
A: We contacted Mike Gabriel who conceived, storyboarded, did all development pieces, directed, and art directed the Disney motion pictures logo. Here is his answer: "That is the authentic Disney family crest on the flag. It matches the Disney family crest stone plaque that is directly above Sleeping Beauty Castle's front entrance arch at Disneyland. I wanted the Disney family represented as the first thing you see on the castle as we descend from the wishing star.  I was asked by Baker Bloodworth, who was producing an updated CG version of our logo if I had any ideas on how to redo it. I boarded a version in less than an hour and showed it to Baker and Susan Butterworth and they approved it to move forward. Baker produced. The castle is a hybrid of Disney park castles. Only secret hidden fun fact:  Look for Roy E. Disney's Pyewacket, the dark silhouetted yacht in the river behind the castle, which I added to convey Roy will always have the studio's back. Disney executives approved the logo, and Weta Digital in New Zealand, led by Michael Pangrazio and his team, did all the final design and CG work based on my paintings thru teleconferencing with Baker and myself. They improved all elements."
Q : Back in the 70s I was a member of the Pasadena High School marching band. We were used in a movie that was filmed at Disneyland (and we got free time in the park!) The name of the movie was The Magic Whistle. How would I go about obtaining a copy of this movie or at least, how could I view it?
Ruth, Torrance, CA
A: The Magic Whistle was a Disney educational film, produced by Dave Bell, and released in 1972.  I do not know of a current source for the film.  Disney educational films were usually distributed only to schools and libraries, and few of those institutions have maintained their film collections.  (I was also a graduate of Pasadena High School.) 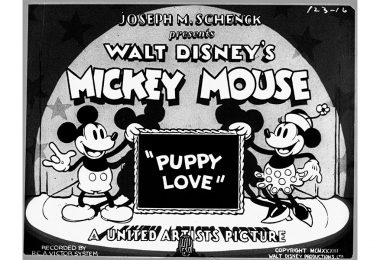 Q : A couple years ago, I found a 16mm Silly Symphonies film reel at an antique store (it looks exactly like the image attached). The title on it is "Mickey goes Courting", but I've never been able to find a reference to any film or short with that title. I don't have a way to play the film, so I haven't been able to see what's actually on it. After a lot of searching, I found that the premise of Puppy Love is Mickey courting Minnie. Was Mickey goes Courting an alternate title, and do I actually have a reel of Puppy Love? Thanks!
Meghan, Ann Arbor, Michigan
A: It is possible that Mickey Goes Courting is a shortened version of Puppy Love.  Disney licensee Hollywood Film Enterprises added new titles when they cut a theatrical cartoon into several parts for home use. 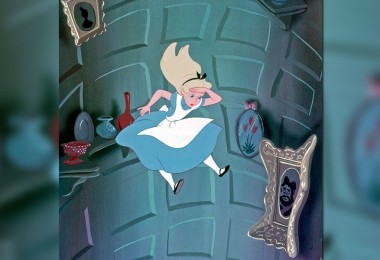 Q : On the internet, I found that Walt Disney purchased rights to Sir John Tenniel's illustrations of Alice's Adventures in Wonderland while working on the movie before work on Snow White began. A Walt Disney biography states that he purchased the rights after the success of Snow White. Which one is true?
Matthew
A: According to Brian Sibley, who did research for a 1986 edition of Lewis Carroll’s book, Disney purchased the rights to the Tenniel drawings in 1931. 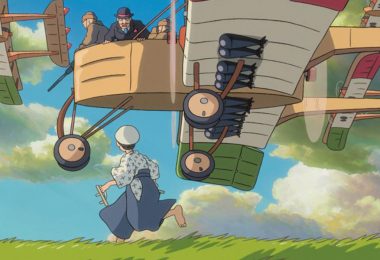 Q : Was there any official statement from Disney regarding the choice to re-dub the works of Hayao Miyazaki? Thank you, Have a magical day.
Hannah, Dublin, Ireland
A: John Lasseter, at Pixar Animation Studios, had long been an admirer of the work of Miyazaki.  He felt that the Japanese animation director’s work should be seen by American audiences, so he supervised the translation and dubbing into English of several Miyazaki films, including Kiki’s Delivery Service, Spirited Away, and Princess Mononoke.  Disney contracted to distribute these translated films in the U.S. Spirited Away even won the Academy Award for Best Animated Feature.
Q : Was the 1955 nature short Emperor Penguins by Mario Marret filmed in Technicolor or black-and-white? There is very little information on this film available even on IMDB. I was seven in Palm Springs in 1955 and remember this film as the co-feature with The African Lion. My memory of it is that it was in black-and-white but perhaps I'm only remembering the coloring of the penguins themselves? Hopefully the Archives has this information as I've discovered it was planned for the True-Life Adventures dvd sets but it didn't happen. Thanks, Jim
James, Northridge, California
A: The Emperor Penguins (1955) was an 11-minute black-and-white documentary film for which Disney obtained the distribution rights.  It was filmed during a French Antarctic expedition led by Paul Emile Victor. 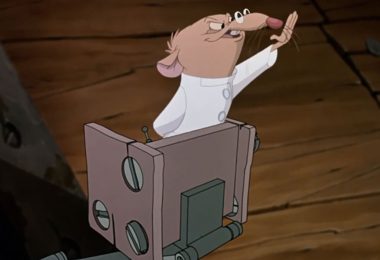 Q : I was watching The Rescuers Down Under and I couldn't help but notice the character, Dr. Mouse, looked something out of a Chuck Jones design. I was curious to ask if there is information on who was responsible for the animation. Eric Goldberg wouldn't have been at Disney by then.
Brad Yeomans, Toledo, Ohio
A: The character was animated by Chris Bailey.  He had started working for Disney in the mid-1980s and remained for a decade.  He returned later to direct episodes of Kim Possible. 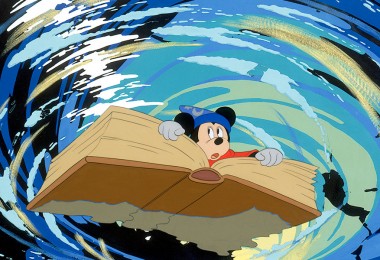 Q : Is there any truth in the rumor I heard about the master tapes of Fantasia being wiped, if so what happened to the original tapes are they still intact or has everything been wiped off the original tapes?
Katie, Welwyn, Hertfordshire, England, UK
A: Fantasia was shot on motion picture film; it was not taped. The original negatives are still available for the Company’s use. 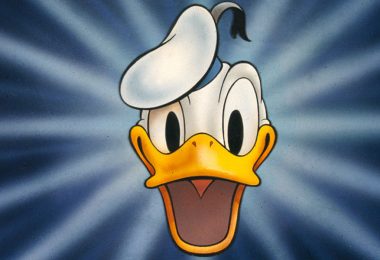 Q : Hi Dave, Do you have any information about the inspiration for the name Donald Duck please? We have a famous cricket player in Australia (the most famous player to ever play the game) called Donald Bradman and there is some suggestion that Donald Duck was named after our great batsman. The rationale is that Bradman toured the US in 1932 and made a duck (got out without scoring) on 16th July 1932 when he played in NYC. This caused a great amount of commentary at the time, as Bradman's average score was 100 and he the most difficult person to get out in the history of the game. It is said that Walt may have seen him play in LA and Donald Duck was seen for the first time in 1934 I think! Cheers, James
James Merchant, Melbourne, Victoria, Australia
A: When Walt Disney came up with a duck character, he wanted to use alliteration, such as he did with Mickey Mouse. Donald was a popular name in the 1930s, so naming the character Donald was an obvious choice. It is a stretch to think that he might have been named for an Australian cricket player, even though that has been speculated on Wikipedia. 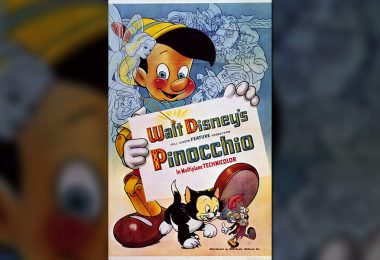 Q : In the movie Pinocchio, there is a cat named Figaro. In some a Mickey cartoons with Pluto and in the Disney Jr. show Mickey Mouse Clubhouse there is a cat who looks exactly like him and his name is Figaro. Is it the same cat? If so, why is he used in the Mickey cartoon/show?
Brantley, Eagle Mountain, Utah
A: Figaro made his debut in Pinocchio, but he was so popular that Walt Disney used him in seven short cartoons, including two with Figaro in the title:  Figaro and Frankie and Figaro and Cleo.  He has also appeared in Mickey Mouse Clubhouse and Minnie’s Bow-Toons.