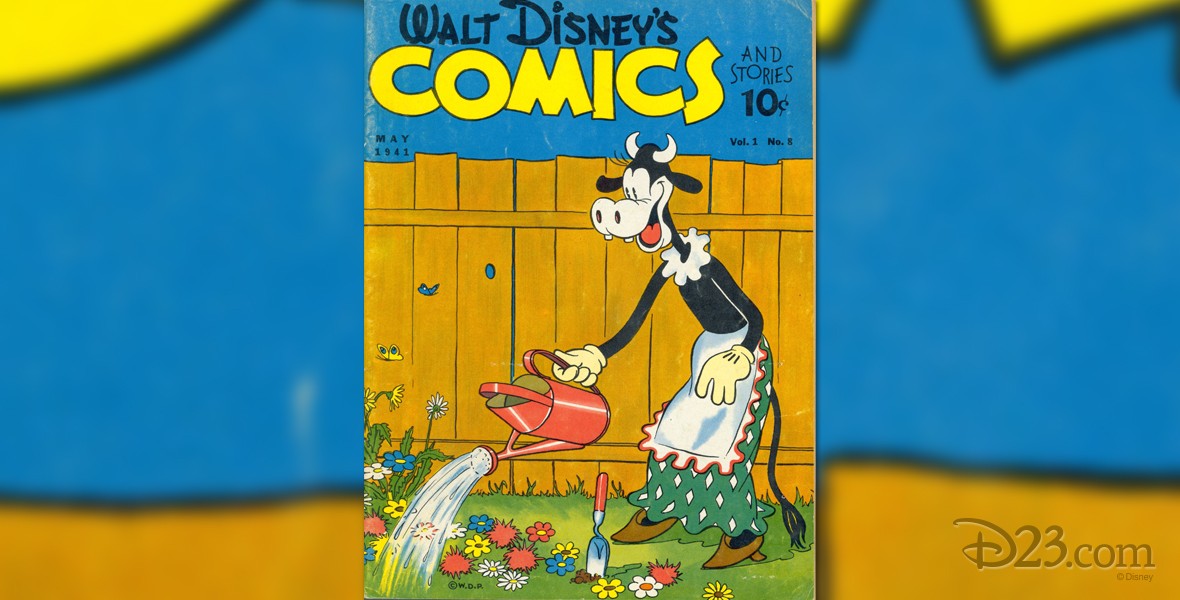 Comic books The Mickey Mouse Magazine, which began publication in 1935, was actually the forerunner of Disney comic books. Starting out in large format, the magazine was reduced in size in stages until finally in 1940 it had reached normal comic book size. The final issue of the Mickey Mouse Magazine of September 1940, was succeeded the next month by the first issue of Walt Disney’s Comics and Stories. The original cover price was ten cents. Even earlier than the Comics and Stories, however, there had been a few one-shot Donald Duck comics. Following these and later one shots, Donald Duck comics began a regular monthly publication schedule in 1952, as did the Mickey Mouse comics. Artist Carl Barks began drawing the duck comics in 1942 and soon his unique style was exciting comic readers. He later created the character of Uncle Scrooge, who began starring in his own comic series, also in 1952. The comic books were created by artists employed by Western Publishing, not the Disney Studio. Dell Publishing was the original imprint, followed by Gold Key, then Whitman. Often a Disney movie or television show would be promoted by one or more special comic books. The comics reached a peak in September 1952, when over 3 million copies of a single issue of Walt Disney’s Comics and Stories were sold. The 1980s brought changes to Disney comic publishing as Gladstone took over their production from Western Publishing for four years beginning in 1986, to be followed by several years of the Disney Studio producing the comics themselves. Gladstone returned in 1993, with Marvel handling a few of the comic lines. Gemstone Publishing began publishing the Disney comic books in 2003 and continued to 2008; Boom! Kids from 2009 to 2011.