Walt Takes a Nap in Europe

Walt and his wife, Lillian, sailed for Europe aboard the S.S. United States in fall 1957 for an extensive vacation that took them to such cities as London, Venice, Munich, and Barcelona. During an outing, animal-lover Walt decided to let sleeping dogs lie and take a catnap alongside a slumbering pooch. 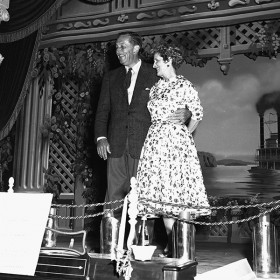 By Steven Vagnini In July 1955, construction on a 160-acre site in Anaheim was picking up at a hurried pace. Disneyland would soon premiere with a grand invitational preview, as national attention was drawn to this first-of-its-kind amusement enterprise. Yet amid the oversight and coordination of tireless designers, carpenters, painters, and landscapers, a restless Walt …

That is incorrect. The awards presented to Walt Disney personally were always deemed his private property. As part of a 1984 agreement whereby the Disney Company gained the exclusive rights to the Walt Disney name and image, the awards and other Walt Disney property were returned to the family. This was two years before Down … 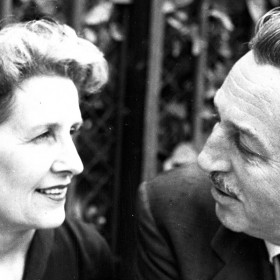 “I think my dad fell in love with her almost immediately… she was an independent little lady,” recalled daughter Diane Disney Miller. 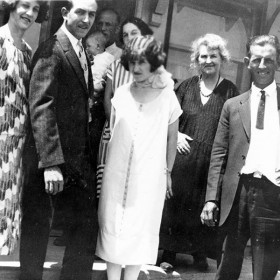 Lillian Bounds was a secretary working for Walt Disney shortly after the start of the Disney company, when he became enthralled with her, and although he vowed he would not marry before he was at least 25 years old with $10,000 saved, he couldn’t resist. On this day in 1925, the two married at Lillian’s … 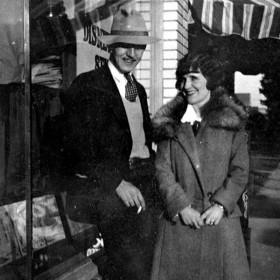 If it weren’t for the fact that Lillian Bounds began working at the Disney Brothers Studio on this day in 1924, the main mouse for The Walt Disney Company might have been named Mortimer. After all, when Walt asked her opinion of that name, she quickly disapproved, and thus “Mickey” was born. Lillian began work … 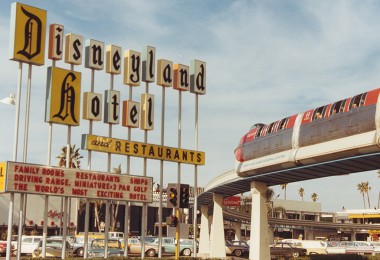 Disneyland Hotel: Then and Now 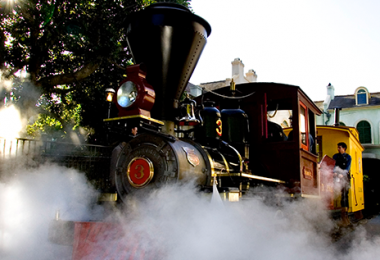