Home / News / Just For Fun / Does Your Knowledge of Pixar Go All the Way to Infinity ...
Skip to content

Back in 1995, Pixar introduced us to a world where toys can talk and move. Since then, we’ve seen bugs create ingenius inventions, rats prepare delicious dishes in a world-class restaurant, and robots fall blissfully in love; and we’ve accompanied a young musician on an incredible journey to the Land of the Dead. Now, prepare for everyone’s favorite family of Supers to make their way back to the big screen by obviously proving that you know Pixar movies—inside out—with our latest trivia quiz! Make sure to scroll down for the answers, and to see how much of Pixar you actually know!

2. What is the name of the toy cleaner who fixes Woody in Toy Story 2?
A) Harold
B) Carl
C) Geri
D) Robert

5. What kind of dog is Danté?
A) Azawakh
B) Borzoi
C) Puli
D) Xoloitzcuintli

8. What is the name of the kid on the tricycle who catches Mr. Incredible lifting a car over his head?
A) Billy
B) Buddy
C) Rusty
D) Mikey

9. What is the screenname of the toy that Trixie is instant messaging on Bonnie’s laptop?
A) PteriDACTOR872
B) VelociSTAR237
C) TrikeTERROR984
D) RexATRONA113

10. Which is NOT one of the excuses that Horst gives in Ratatouille for why he was sent to prison?
A) Blackmail
B) Fraud
C) Making a hole in the ozone
D) Bank Robbery

2. C, Geri
You can also find Geri in the short that was released with A Bug’s Life: Geri’s Game. Along with cleaning and restoring toys, Geri is apparently quite the chess player.

3. A, 12 feet
Kevin is a dutiful mother looking after her babies. She also has a weakness for chocolate.

4. B, 7
Doc Hudson initially may have dismissed them as “a bunch of empty cups,” but Lightning probably doesn’t mind having his trophies to remind him of his victories, especially after they were renamed the Hudson Hornet Memorial Piston Cup in honor of his old friend.

5. D, Xoloitzcuintli
The Xoloitzcuintli breed was used in works of art by Frida Kahlo, who appears in the film and is the subject of Hector’s disguise.

6. A, 7
Giacchino has composed the scores for Incredibles 2, Coco, Inside Out, Cars 2, Up, Ratatouille, and The Incredibles. Giacchino has also provided the music for several other Disney films, including Zootopia, Marvel Studios’ Doctor Strange, Rogue One: A Star Wars Story, and Sky High. His music can be heard in several of the Pixar short films, as well.

7. D, 98 feet
Not only can Elastigirl stretch herself to great lengths, but she can also contort herself into different shapes, such as the boat she becomes to get Violet and Dash onto the island.

9. B, VelociSTAR237
Trixie and Rex bond over their shared love of video games, which helps Rex when his little arms can’t reach all of the keys on the board.

10. A, Blackmail
To this day, no one in Gusteau’s kitchen knows what the real story is.

0-2/10
You’ve only just started out on your adventure—that’s OK! No one gets all of their Wilderness Badges at once! Spend the weekend watching some Pixar movies, then come and try the quiz again!

3-5/10
You might not have seen every Pixar film, but that’s OK—you know enough to get started. Head straight to your DVD player and a begin a marathon, maybe revisit some of the older movies, and then you can try again!

6/7-10
Seize your moment—you’ve got what it takes! You clearly know some Pixar movies, but have you seen all of them? Well, there’s no time like the present. Pop some popcorn and settle in for a marathon, then come back to take the quiz again!

8-9/10
Anyone can be a great quiz-taker, and it’s clear that you are almost there! Go back and try one more time—maybe refresh on a couple of the films—and you’ll be a five-star quiz-taker in no time at all.

10/10
To infinity and beyond, partner! It’s clear that you’ve got Pixar in your blood. You’ve probably had your tickets for <em>Incredibles 2</em> for weeks! 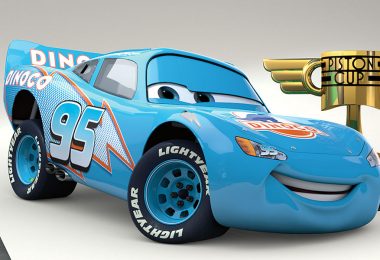 Have You Spotted These 9 Easter Eggs in the Cars Universe?