Home / News / D23 Exclusive / Just Roll With It: You Decide LIVE! Scares Up the Most ...
Skip to content

They’ve eaten sardines with a vanilla ice cream chaser. They’ve plunged into a root beer float dunk tank. They’ve even shared their stage with a pig. But on Friday, October 4 (9 p.m. EDT/6 p.m. PDT), the cast of Just Roll With It face their most challenging scenario yet as the producers unveil some new tricks that make for an amazing treat for fans. Disney Channel kicks off the spooky season with a Halloween-themed special, Just Roll With It: You Decide LIVE!, the network’s first-ever live comedy telecast. And, as if performing live wasn’t already exciting enough, viewers nationwide are invited to join the fun. While fans watch the episode unfold in real time, they’ll have the opportunity to vote along with the studio audience to determine key plot twists—and the cast, including special guest stars Raven-Symoné (Raven’s Home) and Miranda May (BUNK’D), will “just roll with it.”

“I hope they throw the craziest things at me,” an excited May tells D23 during our visit to the set during a rehearsal for the telecast. Strange foods… stranger smells… crazy antics… None of it daunts May, who says, “I’m expecting the biggest things in the world. I’m ready for whatever it is.” And as she good-naturedly points out, “It’s only an hour! I can live through that and I know it will be fun.”

For inspiration, May plans to draw upon the 10 years she spent in stand-up comedy before joining BUNK’D. Fellow guest star Raven-Symoné also has a wealth of live performance experience that’s prepared her for Friday’s telecast, from starring in Sister Act on Broadway to her tenure as a co-host on ABC’s The View. “The only thing I’m not prepared for is some of the ‘askings’ that will be there, which the audience gets to choose from,” she shares. “That’ll jolt me but I’ll pop right in to it. It’s going to be interesting.” 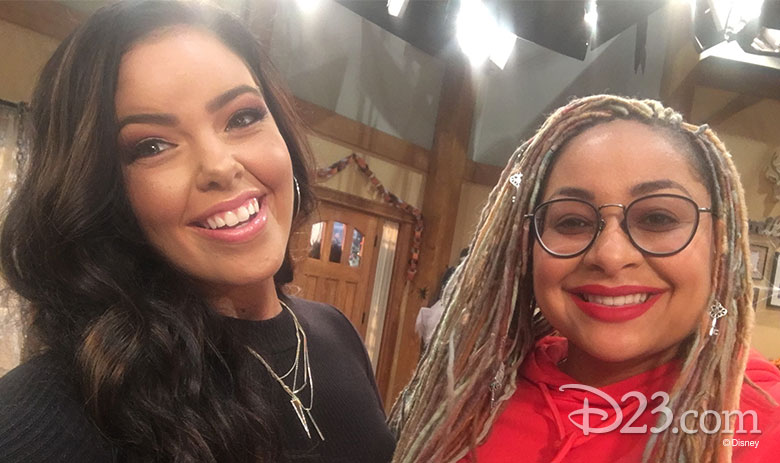 Neither May nor Raven-Symoné would spoil the surprise by revealing how their characters fit into the plot, which finds the Bennett-Blatt family trying to reverse an evil curse. They encounter a host of strange characters, including one played by May, who promises, “I expect to not look at all like myself.” Actors on Just Roll With It simply can’t help but try to guess when the horn will sound and an unexpected scenario will begin. Raven-Symoné tells D23 that she has reason to feel at least a bit sheltered from some of the crazier shenanigans, but she’s up for anything: “My character is the one who does everything, so rarely does anything happen to me—that I know of right now!” 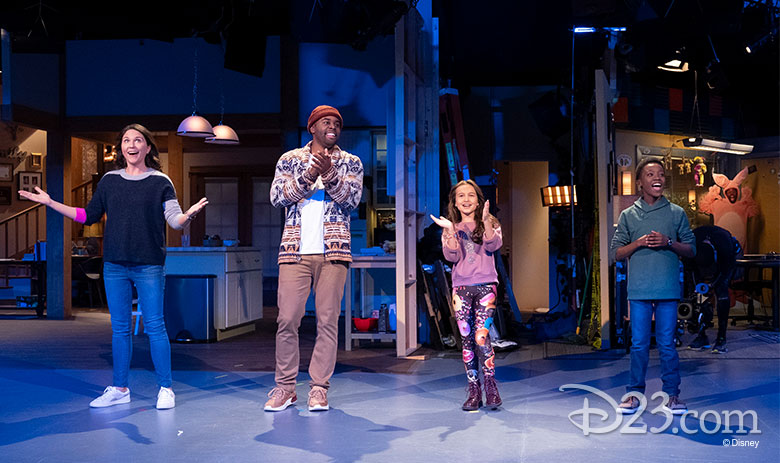 Just Roll With It cast members Tobie Windham (Byron), Suzi Barrett (Rachel), Ramon Reed (Owen), and Kaylin Hayman (Blair) have bonded over the last few months, as they’ve learned to roll with whatever comes their way, together. They’re a tight-knit group, and they’ve welcomed May and Raven-Symoné into the fold with open arms. “I’m somebody that, if you throw the ball I’ll catch it, and I think they’re the same way,” says May, an improv veteran. “It’s so fun to have people that are like that, where we can just play with each other and off of each other.”

The hour-long special will feature additional surprises, including a musical performance by Kylie Cantrall (Gabby Duran & The Unsittables). May’s BUNK’D cast mates will be in the studio to cheer her on, and Raven’s Home will also be represented by Issac Ryan Brown, who serves as one of the evening’s hosts alongside Ruby Rose Turner (Coop & Cami Ask the World), and Ruth Righi (Sydney to the Max). “This is a big event and it’s something we should all participate in in any way that we can,” Raven-Symoné says of Disney Channel’s history-making telecast, which she’s thrilled to be part of. “It’s such an innovative way to do television,” she says. “I was very, very honored to be asked to be a part of it.”

Don’t miss a minute of the frightfully fun interactive live telecast, which kicks off on Disney Channel this Friday, beginning at 9 p.m. EDT/6 p.m. PDT. And be sure to also follow in the DisneyNOW app or DisneyNOW.com to cast your vote and watch Raven-Symoné, Miranda May, and the series’ incredibly talented cast just roll with it… live!