There’s no better night for a love story than Valentine’s Day, and our friends at Disney Channel have us covered. Our favorite star-crossed zombie-cheerleader couple, Zed and Addison, return to the network in ZOMBIES 2, premiering February 14 at 8 p.m. EST/PST. The movie will also be available in DisneyNOW.

Meg Donnelly (American Housewife) and Milo Manheim (Dancing with the Stars) reprise their roles of Addison and Zed, respectively, which they first played in the top-rated 2018 Disney Channel Original Movie ZOMBIES. In the follow-up, the pair is getting ready for Seabrook High’s Prawn (it’s like a prom, but supersized). After the unanticipated arrival of a new pack of mysterious teenage werewolves, who have come to Seabrook in search of an ancient life force buried somewhere within the town, the fearful city council reenacts the town’s anti-monster laws. Suddenly, Addison and Zed’s Prawn-night plans to become the first-ever zombie-cheerleader couple to attend the big event together are out the window. While Zed launches a campaign to run for school president and change the rules, Addison finds herself drawn into the werewolves’ circle. Could this be where she finally fits in? Zed takes drastic action to keep from losing Addison to the werewolf pack, but his plan backfires. When the truth comes out, everyone—zombies, cheerleaders, and werewolves—discover the real meaning of community and acceptance.

See the first official clip from the upcoming DCOM—the 108th in the franchise—below:

Manheim and Donnelly are joined by Trevor Tordjman as Bucky, Kylee Russell as Eliza, Carla Jeffery as Bree, James Godfrey as Bonzo, and Kingston Foster as Zoey, all of whom reprise the roles they first played in ZOMBIES. Chandler Kinney, Pearce Joza, and Ariel Martin (Baby Ariel) join the cast as werewolves Willa, Wyatt, and Wynter, respectively.

Throughout ZOMBIES 2, we can look forward to so much singing and dancing—from the cheerleaders’ pop beats to the zombies’ hip-hop flow and the werewolves’ world beat style. Four of the movie’s nine original songs are written by Rock Mafia (the team behind “Queen of Mean” from Descendants 3); and the first song off the soundtrack, “We Got This” (co-written and produced by Mitch Allan, whose credits include Descendants 2) debuts January 3. On January 31, “The New Kid in Town,” performed by Baby Ariel, makes its debut. George S. Clinton (ZOMBIES) and Amit May Cohen (Wrestling Za’atari documentary) composed the score. The ZOMBIES 2 soundtrack is available on February 14, but fans can pre-order it beginning January 3.

David Light and Joseph Raso, who were nominated for a Humanitas Prize for ZOMBIES, have returned to write the sequel, and ZOMBIES director Paul Hoen is also at the helm for the next chapter. Anna Gerb (All Is Lost, Triple Frontier), Hoen, Light, and Raso are executive producers and Mary Pantelidis is producer.

Want to catch up on all of the antics in Zombietown and Seabrook? You can watch ZOMBIES now on Disney+. And stay tuned for more details about ZOMBIES 2 as its February 14 debut approaches. 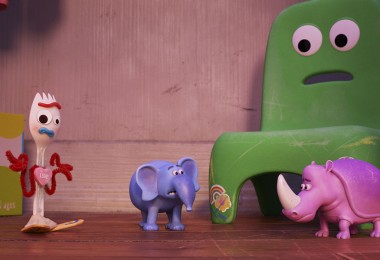 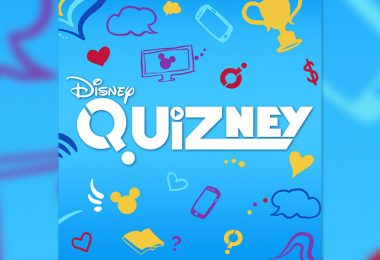 Disney Super Fans—Are You Ready for the Ultimate Challenge?