Bring Toy Story 4’s newest pal home, and reacquaint yourself with an iconic anti-hero… See more, along with other news from around Disney, in this week’s news briefs! 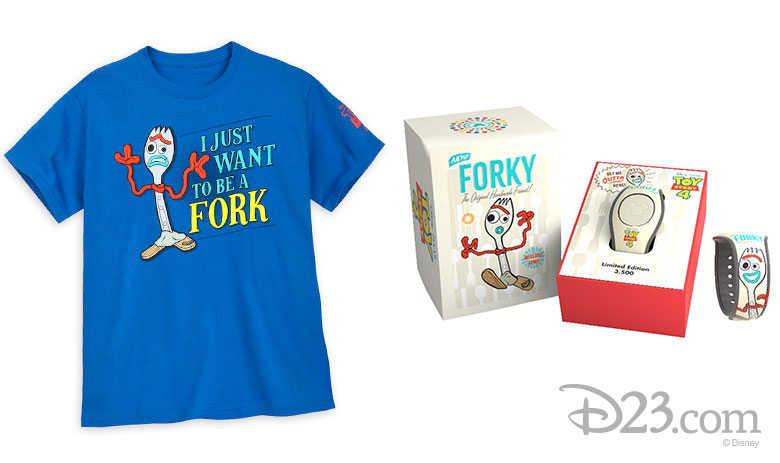 Disney•Pixar’s upcoming Toy Story 4 finds Sheriff Woody (voice of Tom Hanks), Buzz Lightyear (voice of Tim Allen), and all their toybox pals meeting a brand-new friend: a spork-turned-craft project named Forky (voice of Tony Hale). While Forky himself might not be particularly ready for adventure—he’s fairly convinced he’s not a toy, y’see—he has inspired some adventure-ready merchandise now available at Disneyland and Walt Disney World Resorts.

Meet Forky when Toy Story 4 debuts in a theater near you on June 21!

Are you ready to reacquaint yourself with the Fairy Queen of the Moors? Yes, Angelina Jolie is back as the iconic anti-hero in Maleficent: Mistress of Evil, the sequel to Disney’s 2014 film… take a look at the brand-new trailer right here at D23.com, and make sure to mark your movie-going calendar for October 18!

Our friends at Walt Disney World Resort are as busy as ever, getting Disney Skyliner—the innovative gondola system that’ll begin transporting guests between Epcot, Disney’s Hollywood Studios, and four resort hotels this fall—ready for lift-off… and a key milestone in that journey was just reached! Check out the video above to see 55 of these Disney Skyliner gondolas (in all their colorful, unwrapped glory) making a special test run between Disney’s Caribbean Beach Resort and Disney’s Hollywood Studios.

Once the Disney Skyliner system officially opens, guests will be able to ride alongside a host of favorite characters—including Mickey Mouse and Minnie Mouse; Chip & Dale; Star Wars’ C-3PO and R2D2; Guardians of the Galaxy’s Groot and Rocket Raccoon; and even the Hitchhiking Ghosts from the Haunted Mansion. Look for more information in the coming months!

Coming Soon: Feel Your Feelings with Inside Out Emotional Whirlwind

One of last week’s biggest announcements concerned Disney California Adventure park… Beginning this summer, guests will get in touch with emotions a-plenty when Inside Out Emotional Whirlwind opens at Pixar Pier! See what the new attraction (located at the western end of the pier) has in store by clicking here.

We’re mere days away from the release of Disney’s Aladdin, the live-action retelling of the 1992 animated hit. To celebrate, watch as the all-powerful Genie “fabulizes” everyone’s favorite street rat in the latest trailer for the Guy Ritchie-directed film; take a gander at the colorful clip, above.

Plus, you’ll be happy to know you can now purchase tickets for the film by rubbing the nearest magical lamp—err, wait, no… wherever movie tickets are sold.

Written by John August and Guy Ritchie, Aladdin stars Will Smith as the Genie; Mena Massoud as Aladdin; Naomi Scott as Jasmine; Marwan Kenzari as Jafar; Navid Negahban as the Sultan; Nasim Pedrad as Dalia; and Billy Magnussen as Prince Anders. Look for it at a cineplex near you on May 24. 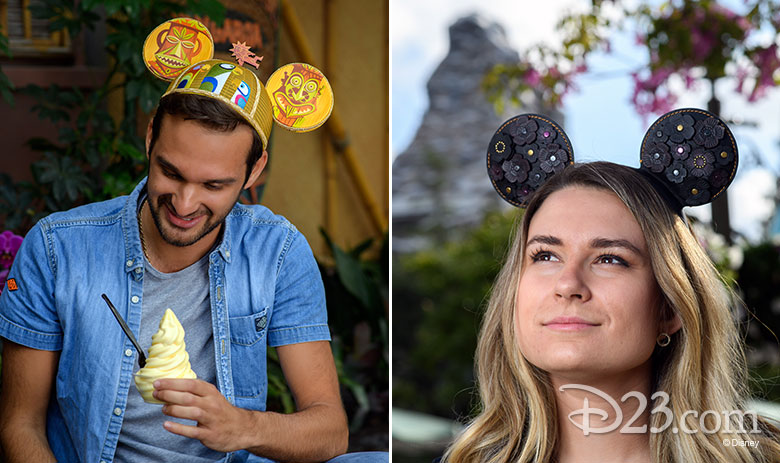 When it comes to this announcement, we’re truly “all ears”: Starting May 24, a series of amazing, limited-release Mickey Mouse ear hats and Minnie Mouse ear headbands—created, for the first time ever, by notable designers, artists, and celebrities—will be available at both Disneyland and Walt Disney World Resorts, as well as online at shopDisney.com.

Each month, new designs will be released, including a bridal-inspired design using hand-sewn crystal and pearl embroidery by Vera Wang; a crystal-encrusted ear hat from The Blonds; a classic pink-puffed ear headband by Betsey Johnson; a mother-and-daughter set by Cupcakes and Cashmere; and a genuine crafted leather, floral-inspired ear headband by COACH. Plus, legendary supermodel and TV host Heidi Klum has designed a pair of ears coming this fall—and in early 2020, another ear headband will hit the shelves from model and entrepreneur Karlie Kloss. And be on the lookout for a Star Wars-related design from friend-of-D23 Ashley Eckstein, voice of Star Wars’ Ahsoka Tano and creator of Her Universe!

Artists from around the world will also expand upon the stories of beloved Disney characters and attractions in a whole new way. As featured in the WonderGround Art Galleries, these artisans include NOAH, Jerrod Maruyama, Dave Perillo, John Coulter, and SHAG.

To keep up with the release schedule (including artist appearances), or for more information, visit DisneyParksBlog.com or shopDisney.com.

The new frog-out-of-water animated comedy series Amphibia leaps onto Disney Channel and DisneyNOW on Monday, June 17 (10–10:30 a.m. EDT/PDT), and we’re happy to say it’s going to stay for a while: Disney Channel announced that a second season of Amphibia is officially in the works. We’re eagerly awaiting Brenda Song’s return to Disney Channel as the voice of Anne Boonchuy—the independent and fearless teen at the center of Amphibia who finds herself living amongst frog people, including the excitable young Sprig Plantar. The series’ inaugural season boasts a stellar lineup of guest stars, including Tony Hale (Veep), Chris Sullivan (This Is Us), Olympic figure skaters Tara Lipinski and Johnny Weir, Jack McBrayer (30 Rock), Kristen Johnston (Mom), and Matt Jones (also of Mom). 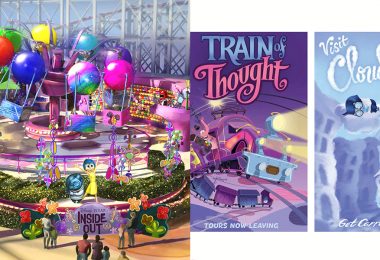 We’re Already Emotional Over This Inside Out Emotional Whirlwind News 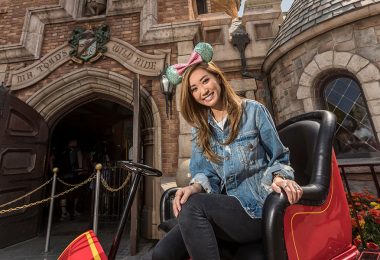