We’ve compiled 13 sounds from Disney parks that will have you going . . .

1. We think you’ll agree that the Haunted Mansion‘s bride, voiced by Disney Legend Leota Toombs, is the creepiest thing you’ll hear at a Disney park.

3. An eerie pirate, voiced by Disney Legend X Atencio in Pirates of the Caribbean, at least warns you of any impending danger.

5. Going down? The sound of Tower of Terror‘s service elevator arriving at your floor means your time is up.

6. The Expedition Everest train leaving the station may be the last sound you’ll ever hear.

7. Well, besides the sound of a yeti ripping the train tracks apart in front of you.

8. The Matterhorn has a yeti, too, that appears out of nowhere. Cue the strobe light!

9. At the Jungle Cruise, the natives are not as forgiving as your skipper’s jokes.

10. Did it ever occur to you that the Big Thunder Mountain Railroad trains don’t have drivers?

11. Meanwhile, over at Tarzan’s Treehouse… Okay, so Tarzan’s scream isn’t exactly terrifying, but we’re counting it.

12. Rock ‘n’ Roller Coaster‘s revving engine is loud enough to have you screaming “brakes!” Well, only if C-3PO is a passenger.

13. And last but certainly not least, it’s said that Walt Disney wanted the Haunted Mansion attraction to have the last laugh, so as you exit the attraction and listen carefully, you’ll hear this chilling “last laugh.” 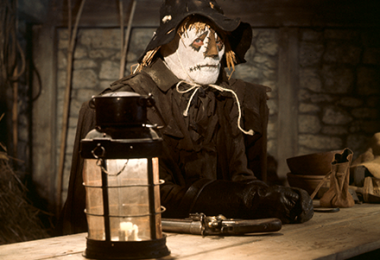 From the Jaws of Hell: The Scarecrow of Romney Marsh 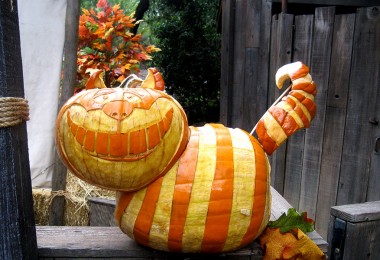