Ralph and Vanellope brave the wild, wooly world of the Internet, and a brassy buccaneer is making her Disneyland park debut… See more, along with other news from around Disney, in this week’s news briefs!

Everyone’s favorite video-game misfits are back in Walt Disney Animation Studios’ highly anticipated Ralph Breaks the Internet: Wreck-It Ralph 2… and courtesy of this hilarious new trailer, above, we now have a better idea of just how Ralph (voice of John C. Reilly) and Vanellope von Schweetz (voice of Sarah Silverman) face the thrilling, colorful world of the Internet.

It all starts when the pair ventures into the world wide web in search of a replacement part to save Vanellope’s video game, Sugar Rush. In way over their heads, Ralph and Vanellope rely on the citizens of the ‘Net to help navigate their way, including a website entrepreneur named Yesss (voice of Taraji P. Henson) and the adorable brains behind the search bar “KnowsMore” (voice of Disney animation fave Alan Tudyk). But that’s not all: This trailer gives us our first peek at the film’s ludicrously amazing gathering of Disney Princesses, voiced by the original actresses—including Jodi Benson as The Little Mermaid’s Ariel, Anika Noni Rose as The Princess and the Frog’s Tiana, Kristen Bell as Frozen’s Anna, and more!

Look for Ralph Breaks the Internet: Wreck-It Ralph 2 in theaters this Thanksgiving. 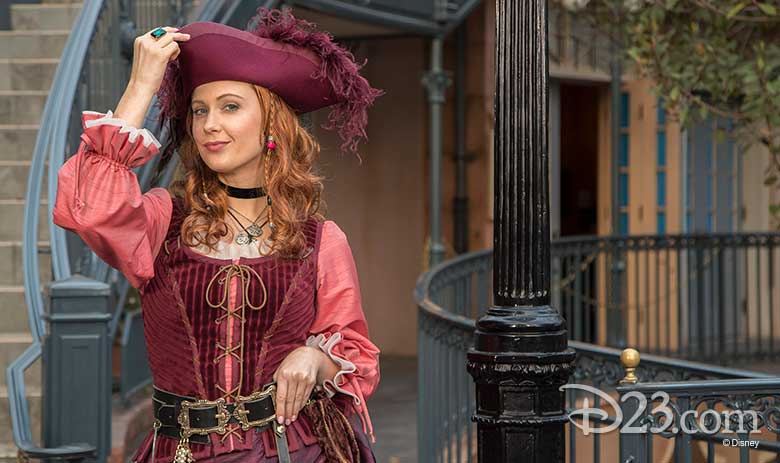 Redd Pirate to Debut at Disneyland Park on Friday, June 8!

Ahoy, mateys! Some terribly thrillin’ news from our hearty pals over at the Disneyland Resort: A brassy buccaneer by the name of Redd is soon arriving at Disneyland park, and she’ll be ready to greet visitors in New Orleans Square beginning this Friday, June 8.

According to the Disney Parks Blog, Redd has “been ‘round the world, but the sea is always home”… and she’s currently looking for “brave sorts of recruits for a few little ventures.” Are you bold enough to consider joining Redd for some oceanic escapades? Make sure to visit her at Disneyland park this summer, and you might just find out! 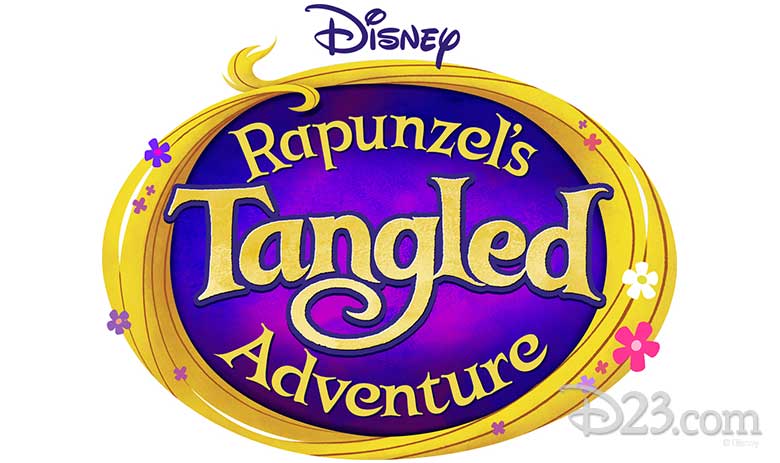 The second season of Disney Channel’s Tangled: The Series is just over the horizon—and it’s celebrating with a brand-new title and a gaggle of great guest voices!

Now called Rapunzel’s Tangled Adventure, this new chapter of the Emmy® Award-nominated series will follow Rapunzel (voice of Mandy Moore) as she ventures outside of the kingdom in search of where the mystical black rocks lead, after discovering she’s somehow connected to them. Accompanying Rapunzel on her journey is her partner-in-life, Eugene (aka Flynn, voice of Zachary Levi); her best friend and confidante, Cassandra (voice of Eden Espinosa); her loyal chameleon sidekick, Pascal; no-nonsense and dutiful horse, Maximus; Eugene’s best friend, Lance (voice of Tony® Award winner James Monroe Iglehart); and the Snuggly Duckling Pub Thugs. Together, they’ll discover new people and places and embark on an incredible new adventure far beyond Corona’s walls… 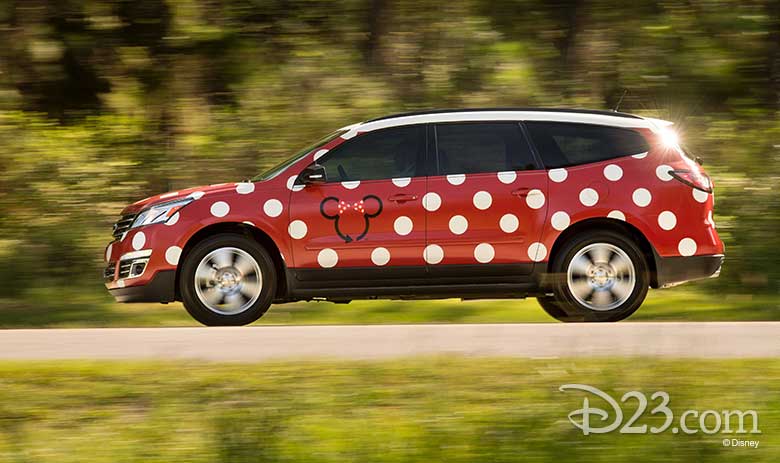 If you’re visiting Walt Disney World Resort soon, you’ll be happy to know there’s a great new way to get to the fun: The Minnie Van transportation service, first announced last summer, is now available for everyone at WDW through the Lyft app.

The service features comfy private vans (driven by trained Disney Cast Members) that offer an easy way for guests to travel to and from all the resort’s parks, hotels, restaurants, and even shopping at Disney Springs. All you need to do is download the Lyft app, open it from anywhere inside the Walt Disney World Resort, and select the Minnie Van service option. And with Lyft, you can request your ride and pay for it all within your smartphone.

Available daily between 6:30 a.m. and 12:30 a.m. (hours subject to change), the Minnie Van service is polka-dotted convenience for the whole family. Check it out! 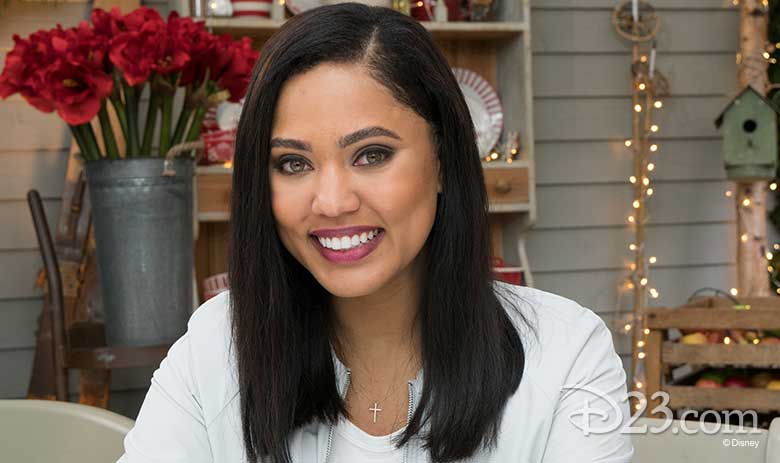 Foodies of the world, take heed: There’s a new food-related competition series coming soon to ABC, and we have a feeling it’ll be a deliciously good time.

Based on a hit series from Australia, Family Food Fight will be hosted by restaurateur, food maven, and New York Times best-selling cookbook author Ayesha Curry. The eight-episode series will feature eight families from across the country sharing a common kitchen and pulling out their best culinary moves—serving up authentic family dishes (and drama!) while tapping into their diverse cultural heritage and lots of cool culinary influences. Ultimately, the family who impresses a panel of foodie greats, including host Curry, will take home a cool $100,000 prize and the title of America’s No. 1 Food Family!

Stay tuned to D23.com for more information—including an official airdate—as it becomes available. 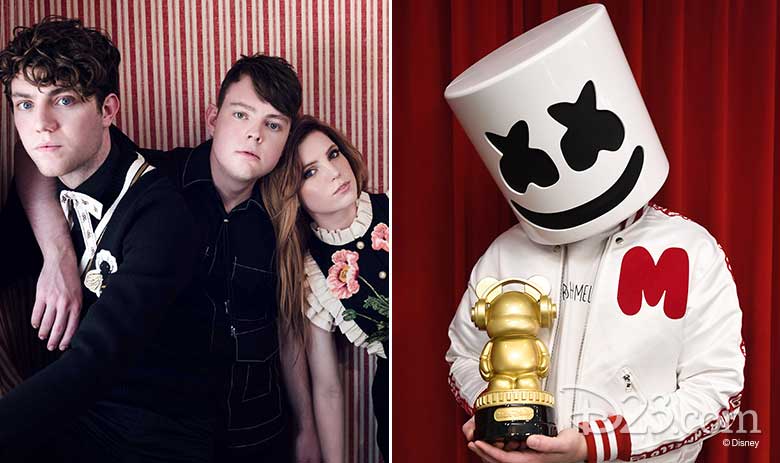 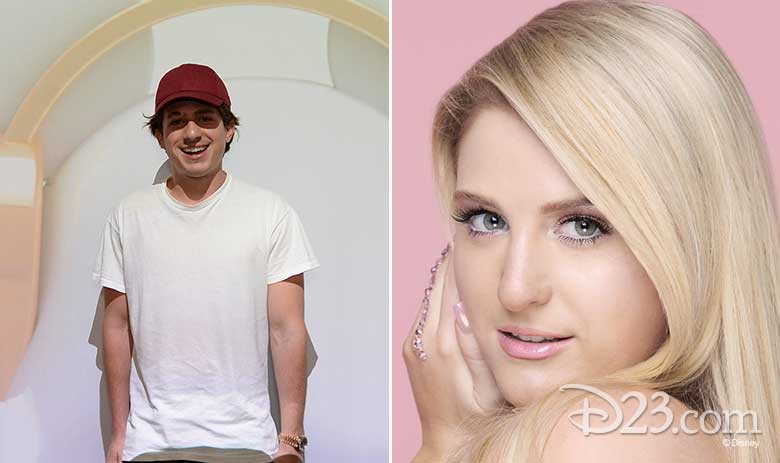 We’re just weeks away from the 2018 Radio Disney Music Awards—and incredible music acts are being added to the show’s lineup as we speak! Case in point: DJ and electronic dance music producer Marshmello and alt-pop trio Echosmith will join previously announced artists Meghan Trainor, Charlie Puth, and American Idol winner Maddie Poppe to rock the Dolby Theatre in Hollywood like never before…

Voting for this year’s RDMAs is still open; fans can make their voices heard and vote for the artists they want to take home a coveted “ARDY” in six different ways—via Disney.com/RDMA; the Radio Disney app; the DisneyNOW app; Google Search Voting; and Radio Disney’s Facebook and Twitter.

The winners will be announced live on Friday, June 22—with a special telecast of the sixth annual event presented on Saturday, June 23 (beginning at 8 p.m. EDT/PDT), on Disney Channel, Radio Disney, the Radio Disney app, the DisneyNOW app, and Disney.com/RDMA. Don’t miss the action!

Filming is currently underway for Descendants 3—and all our favorite villain kids (VKs) will be back for more singing, dancing, and villain-y action. (And honestly, we can’t wait!) So color us a-tingle when we spied this new behind-the-scenes set photo (above) featuring Cameron Boyce as Carlos, the son of Cruella de Vil; Sofia Carson as Evie, the daughter of the Evil Queen; Dove Cameron as Mal, the daughter of Maleficent; and Booboo Stewart as Jay, the son of Jafar… all gussied up in their VK finery.

Director/choreographer Kenny Ortega (Newsies; the High School Musical trilogy) is back for this third sure-to-be-memorable installment, as are writers Sara Parriott and Josann McGibbon and costume designer Kara Saun (whose work you might recognize from Project Runway). Keep your eyes peeled for more Descendants 3 news in the coming months!

This summer, Hollywood Land at Disney California Adventure park is positively chockablock with Super Heroes, who are ready to mingle with their mightiest fans. And there’s a super new addition to their roster—Doctor Strange, now appearing for the very first time at the Disneyland Resort. For a sneak peek at what you can expect from your audience with the Master of the Mystic Arts, check out the clip from our friends at Disney Parks, above.

All manner of heroes (including Black Panther, Captain America, Gamora, and Thor) will be looking for some new recruits throughout Hollywood Land this summer—but they’re only around for a limited time! We know what we’re doing this weekend… 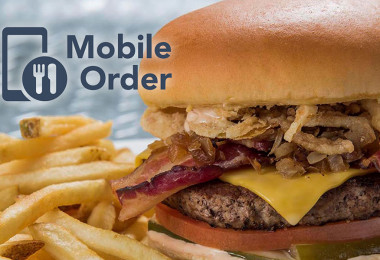