Home / News / D23 Exclusive / The Case of the Missing Mustache

Walt Disney’s mustache was as distinctive a part of his look as round ears are for Mickey Mouse.

His toothbrush mustache became a permanent visage trademark starting in April 1925, when he first grew it on a bet. So it’s all the more surprising to see a photo of Walt without whiskers, such as this informal early-1940s shot of the impresario manning a rider mower at his then new Burbank Studio. Think you see the famous facial hair? Look again. The Disney publicity department actually drew in the mustache on a shot of the clean-shaven moviemaker. But why was Walt sans his signature ’stache in the first place? The photo may well have been taken after the infamous incident in which legendary Disney artist Ken Anderson accidentally singed the famous facial hair off while trying to light Walt’s cigarette with a faulty lighter during a story meeting for Victory Through Air Power (1943)—in front of an armada of visiting admirals, no less. Of course Walt himself was aware of how well known his mustache was. 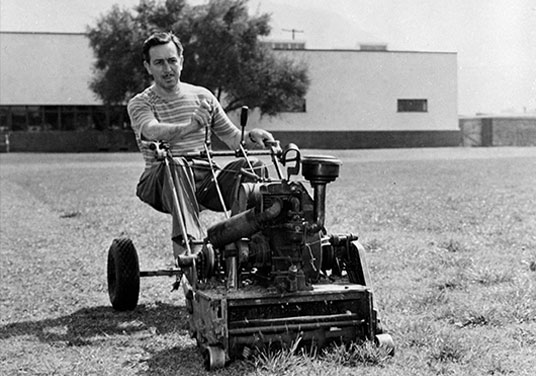 Once before taking a trip to Europe, Walt asked studio barber Sal Silvestri to do something different so he wouldn’t be so easily recognized. When Sal offered to shave off Walt’s mustache, the great man balked—he didn’t want to look that different. 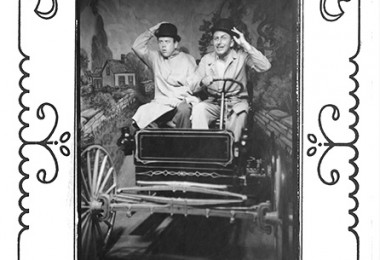 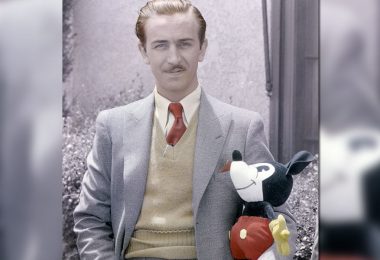