The statue features a young Walt Disney in a fedora and traveling attire­—just off the train from Missouri and ready to realize his dreams. With him is his pal, Mickey Mouse, standing atop the trunk containing Walt’s belongings. 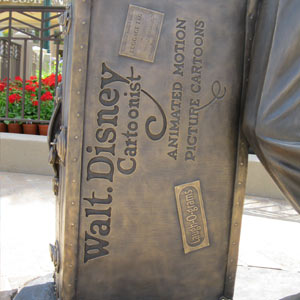 Unlike the Partners statue at Disneyland park, which sits on a pedestal, the Storytellers statue will be at eye level, reminding cast members and guests alike of the humble beginnings of Walt’s history-making story.

Imagineer Ray Spencer worked with sculptor Rick Terry on the statue’s design. “Walt Disney was a dreamer, and he came to California in 1923 to fulfill his dreams of creating great entertaining stories for all,” Ray says. “To me, people come to Disney parks to fulfill dreams… In that spirit, Walt is one of us.”

As Appeared in Disneyland Resort Line 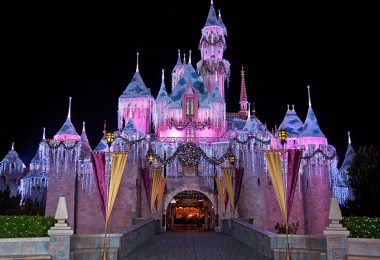 Make Merry at Disney Parks Around the World