Several exciting new trailers from anticipated Disney films, and a first look at Frozen the Musical’s North American tour… See more, along with other news from around Disney, in this week’s news briefs!

We’re not afraid to admit we’ve been waiting for this trailer for a while… Marvel Studios has finally given fans a little peek into the world of Natasha Romanoff (Scarlett Johansson) with Black Widow, the first film in Phase Four of the Marvel Cinematic Universe. In case you haven’t had a chance to watch the totally intriguing, action-packed teaser trailer yet, take a gander above.

Johansson stars in the spy thriller alongside Florence Pugh as Yelena, David Harbour as Alexei (aka The Red Guardian), and Rachel Weisz (as Melina). Directed by Cate Shortland and produced by Kevin Feige, Black Widow will spin its web in theaters beginning May 1.

This week has truly been a boon for Disney movie fans—not only did the first official Black Widow trailer drop, but so did a brand-new trailer for Disney’s Mulan! Have a look at the enthralling clip, above.

When the Emperor of China issues a decree that one man per family must serve in the Imperial Army to defend the country from Northern invaders, Hua Mulan (Yifei Liu), the eldest daughter of an honored warrior, steps in to take the place of her ailing father. Masquerading as a man, Hua Jun, she is tested every step of the way and must harness her inner-strength and embrace her true potential. It is an epic journey that will transform her into an honored warrior and earn her the respect of a grateful nation… and a proud father.

Mulan boasts an international cast that also includes Donnie Yen as Commander Tung; Jason Scott Lee as Böri Khan; Yoson An as Cheng Honghui; Gong Li as Xianniang; and Jet Li as the Emperor. Directed by Niki Caro from a screenplay by Rick Jaffa & Amanda Silver and Elizabeth Martin & Lauren Hynek (based on the narrative poem “The Ballad of Mulan”), look for the film in theaters beginning March 27. 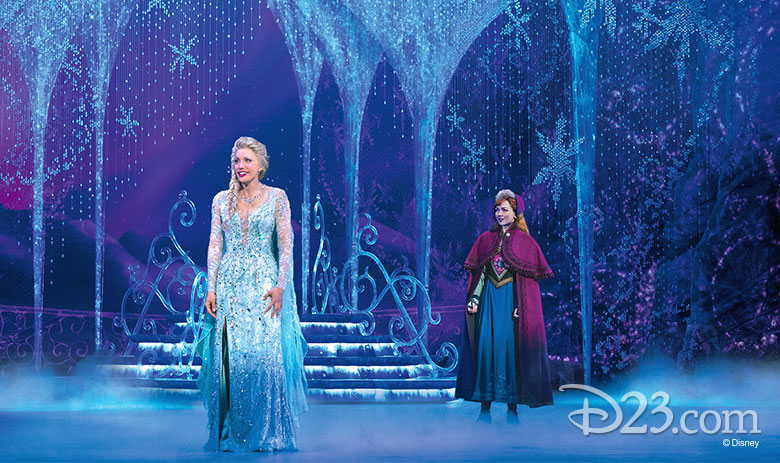 Love is an open door… and also the feeling you’ll get from watching Frozen, Disney Theatrical’s hit Broadway musical, now that it’s kicked off its North American tour at the Hollywood Pantages Theatre in Los Angeles this week. And in celebration of its big opening night, we’ve gotten our first official look—above—at stars Caroline Bowman (as Elsa) and Caroline Innerbichler (as Anna), the spirited sisters at the heart of the joy-filled story. 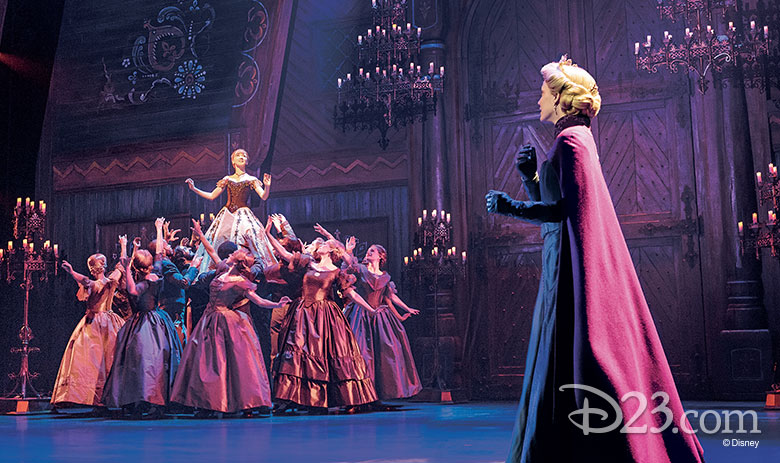 A mysterious secret. A family torn apart. As one sister struggles with being an outsider and harnessing her powers within, the other sets out on a thrilling adventure to bring her family together once again. Both are searching for love, but they’ll learn that to find it they’ll have to look inside themselves first. Make sure to visit FrozenTheMusical.com/Tour to see if it’s coming soon to a town near you!

Togo Coming to Disney+ on December 20

We’ve got a brand-new trailer for a heartwarming film coming soon to Disney+… you’ll want to gather the family ’round your favorite streaming device for this one, because it’s perfect holiday viewing.

Starring Oscar® nominee Willem Dafoe and Julianne Nicholson, Togo is an as-yet-untold true story, set in the winter of 1925 during a trek across the treacherous terrain of the Alaskan tundra. An exhilarating—but ultimately—uplifting adventure tests the strength, courage, and determination of one man, Leonhard Seppala, and his lead sled dog, Togo.

Get a first look at the thrilling story in the clip, above. This poignant and emotional adventure debuts on Disney+ on December 20!

If you’ve been reading D23.com for a while (and thank you, if so!), you’ll recall that there are some truly awesome plans in store for Walt Disney World Resort as it heads towards its big 50th anniversary in 2021. Well, just this week, Disney Parks, Experience and Products Chairman Bob Chapek shared some exciting updates on what we can expect; click here to read up on magical new experiences coming to Epcot, Disney’s Hollywood Studios, and more! 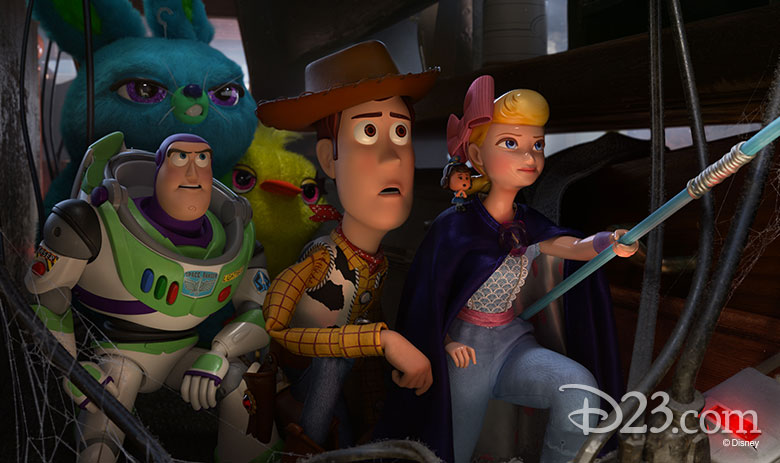 Annie Award Nominations from Across the Worlds of Disney

For nigh on five decades, the Annie Awards have celebrated the best in animation—and this year, Walt Disney Animation Studios’ Frozen 2 and Pixar Animation Studios’ Toy Story 4 are leading a super-robust pack, with eight and six nominations, respectively.

Among the other nominations, from around the worlds of Disney, are Disney Television Animation’s Elena of Avalor for Best TV/Media – Preschool and Marvel Studios’ Avengers: Endgame for Best Character Animation – Live Action (created by Weta Digital). Winners will be revealed during the 47th Annual Annie Awards on Saturday, January 25, 2020, at Royce Hall on the campus of University of California, Los Angeles.

Another Peek at Star Wars: The Rise of Skywalker…

It’s time to face facts—the conclusion to the iconic Skywalker saga is just over the horizon, and we’re desperately trying to prepare ourselves for the undeniable onslaught of “feels.” In these last few weeks, director J.J. Abrams and Lucasfilm have been wetting our proverbial whistles with teaser footage from the Star Wars: The Rise of Skywalker, and just a few days ago, we were gifted with a dollop more! Check out the latest trailer for the film, above.

No doubt you’ve seen the big news: One Day at Disney, both the Disney+ series and the accompanying book of the same name, have officially debuted! And there was much rejoicing in the amazing, heartfelt stories of Disney employees and cast members to be told… as well as in a host of book signings, by author Bruce Steele, taking place this month around the country. We’ve got the rundown of said signings right here at D23.com! 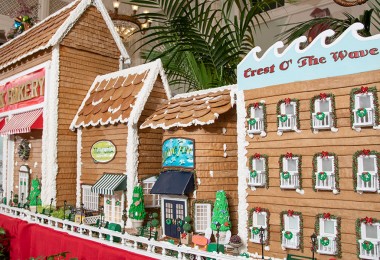 Take a Look at the Gingerbread Sweet Spots at Disney Parks and Resorts!