Walt Disney currently holds the world record for most Academy Awards® presented to any individual. As we enter Oscars® season, let’s take time to celebrate many of the unique awards Walt Disney has personally won for his groundbreaking work in film. And the Oscar® goes to… 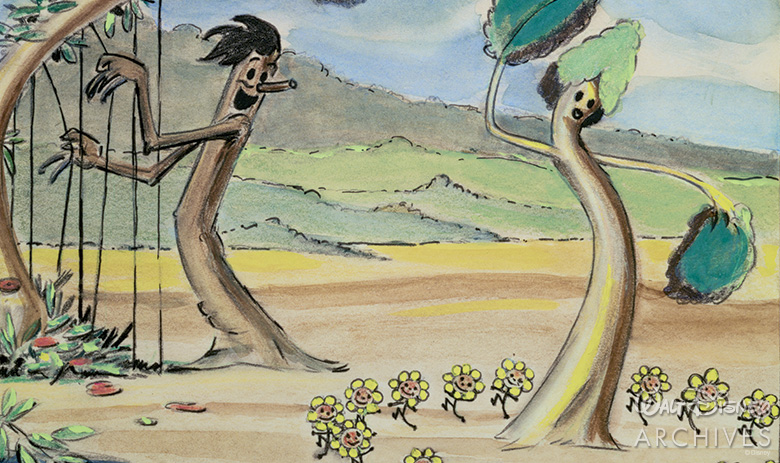 Flowers and Trees (Cartoon Short Subject, 1931–32)
This Silly Symphony cartoon was made in color at Walt Disney’s insistance, and the effort paid off—not only with this first-ever award for Best Cartoon Short Subject, but with the ground-breaking use of Technicolor, which would become an industry standard.

Special Award to Walt Disney for the creation of Mickey Mouse (1932)
It all started with a mouse, and the Academy was duly impressed with what one little mouse managed to begin. For creating our favorite leader of the club, Walt Disney received his first Oscar statue.

Three Little Pigs (Cartoon Short Subject, 1932–33)
This little cartoon became so famous that it often ranked higher on theater marquees than the full-length film it accompanied. The popularity of this film, along with its strongly defined characters and its instantly classic song, secured Walt an award for Best Cartoon Short Subject. 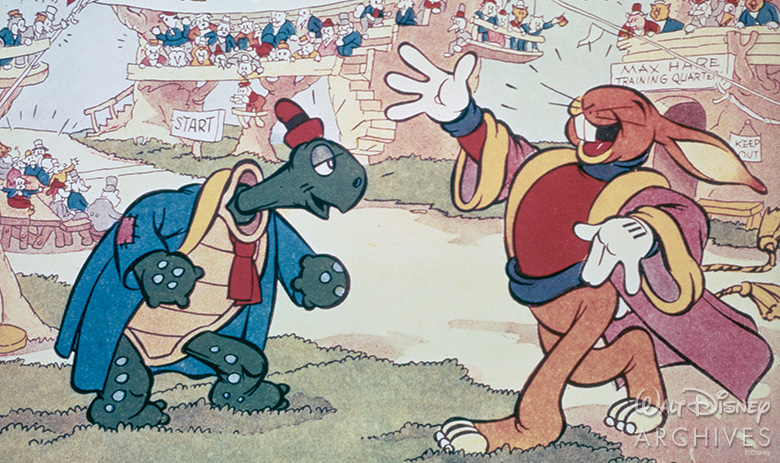 The Tortoise and the Hare (Cartoon Production, 1934)
The Disney-fied retelling of a classic Aesop fable earned Walt an award for producing another wonderful Silly Symphony. 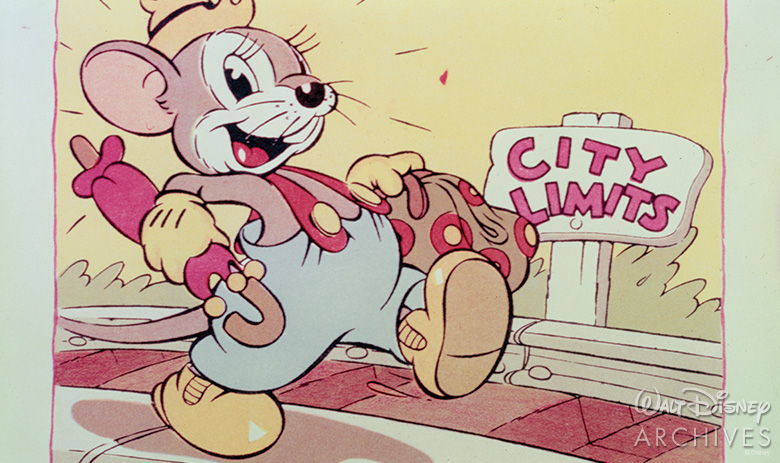 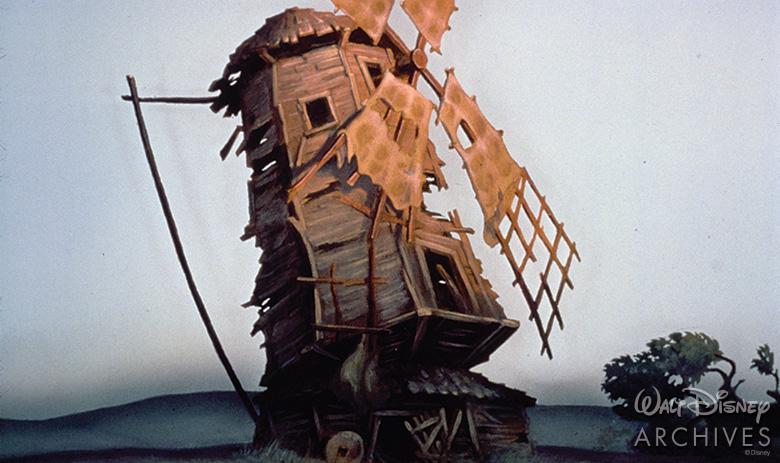 The Old Mill (Cartoon Short Subject, 1937)
An animated short so groundbreaking it garnered Walt two Academy Awards, The Old Mill was a dramatic Silly Symphony short that used the multiplane camera for the first time ever

Top Technical Award to Walt Disney Productions for the design and application to production of the Multi-Plane Camera (1937)
The multiplane camera first used in The Old Mill changed animation forever by allowing for more depth and detail in every scene. For his studio to pioneer such a groundbreaking technology, Walt was recognized with a Top Technical Award. 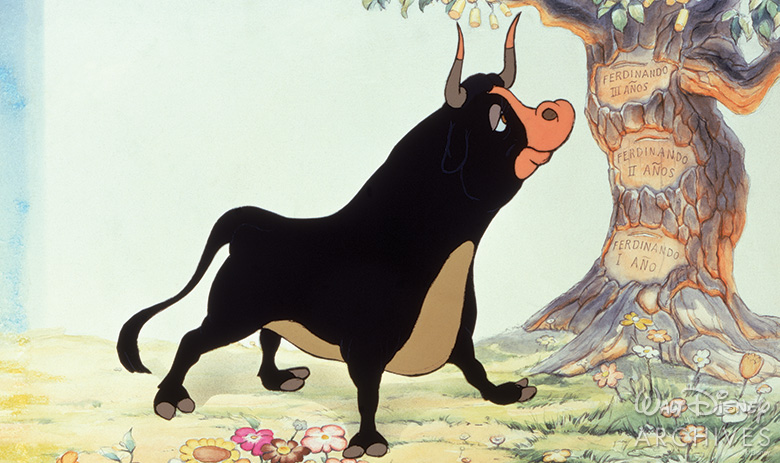 Ferdinand the Bull (Cartoon Short Subject, 1938)
Sweet and gentle Ferdinand first appeared in this Academy Award-winning short and was even voiced by Walt Disney himself! 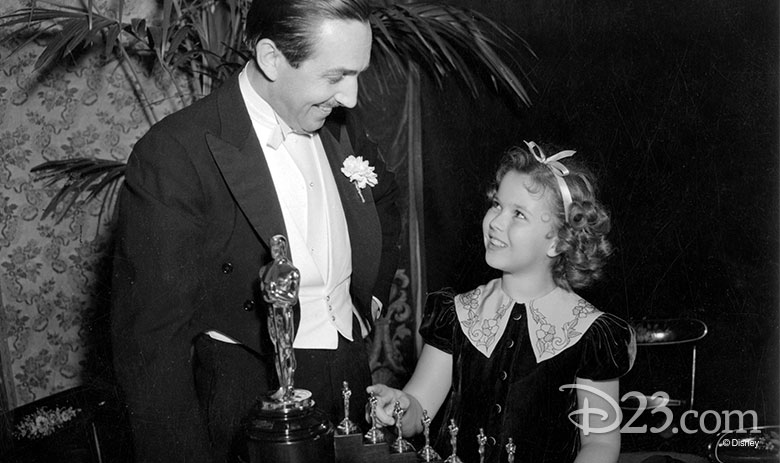 Special Award to Walt Disney for Snow White and the Seven Dwarfs (1939)
The Academy famously awarded Walt with a very special award, featuring one regular-sized Oscar and seven smaller ones. This award was presented to him to recognize Snow White and the Seven Dwarfs as “a significant screen innovation which has charmed millions and pioneered a great new entertainment field for the motion picture cartoon.” 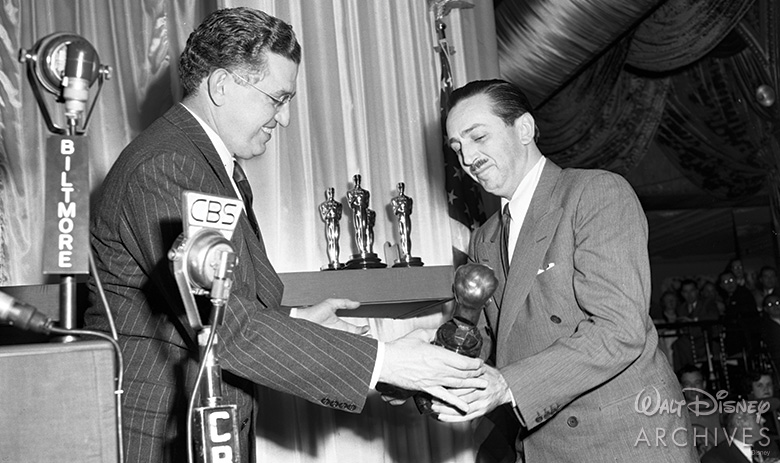 Irving Thalberg Memorial Award to Walt Disney for “the most consistent high quality of production achievement by an individual producer” (1942)
The reason we list Walt’s record-breaking wins as “Academy Awards” and not “Oscars” is because not all of Walt’s awards are Oscar statuettes. Take this win, for instance: Walt did not receive an Oscar  statuette but instead a special award in the form of a bust of Irving Thalberg.

Special Technical Award for “outstanding contribution to the advancement of the use of sound in motion pictures through the production of Fantasia” (1942)
Fantasia has inspired generations of animators and artists with its innovative combination of animation and symphonic music, so it’s only natural that Walt received a special award for his inspiring use of sound in this Disney classic. 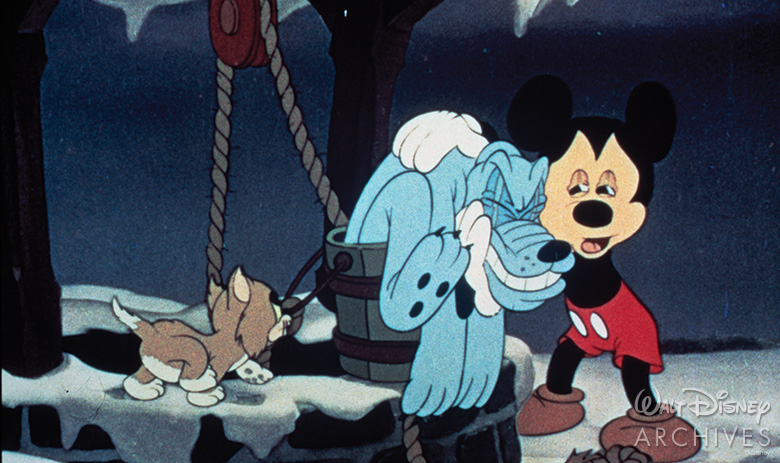 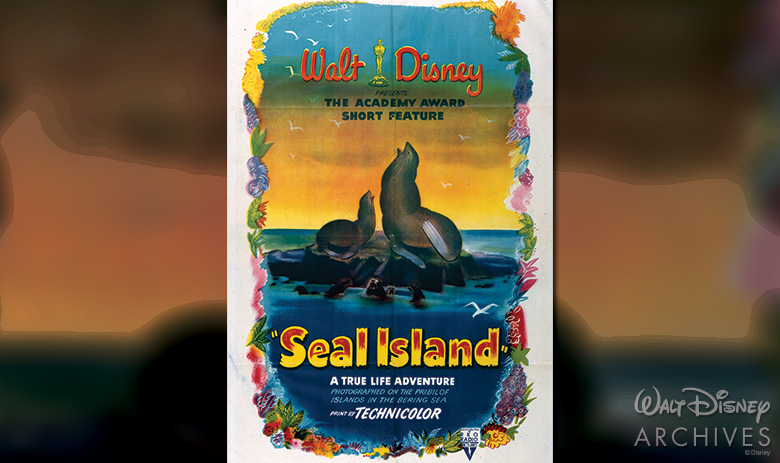 Seal Island (Two-Reel Short Subject, 1948)
Seal Island is not only significant for Walt’s Oscar win, but also for being the very first Disney True-Life Adventure film, kicking off a tradition of films which is still carried on today with the Disneynature series.

In Beaver Valley (Two-Reel Short Subject, 1950)
Walt’s foray into nature films continues its success with this win for a short film depicting the lives of beavers in their natural community.

Nature’s Half Acre (Two-Reel Short Subject, 1951)
Notable for the film’s use of time-lapse photography, this win for Walt tells the amazing story of intricate ecosystems in the “grass-roots” world of insects.

Water Birds (Two-Reel Short Subject, 1952)
Walt wins again with this insightful film on the lives of water birds, covering everything from survival adaptations and courtships to feeding habits. 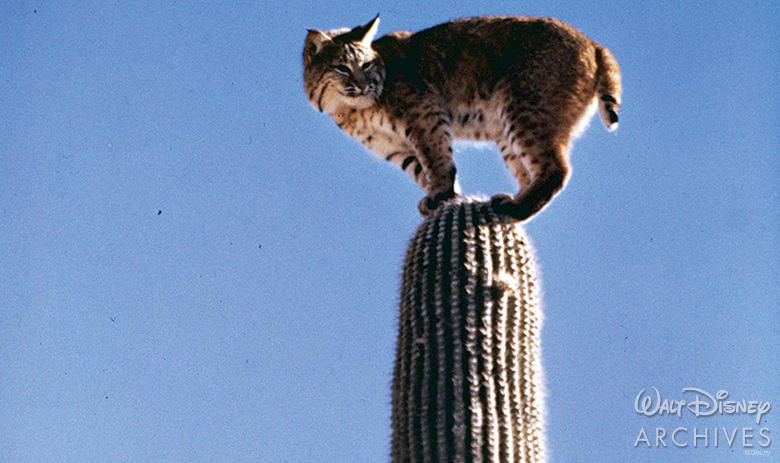 Bear Country (Two-Reel Short Subject, 1953)
This tale of the American black bear not only won Walt another one of his record-breaking Academy Awards, but also helped inspire Disneyland attractions, such as the True-Life Adventures-inspired Mine Train Through Nature’s Wonderland, which also featured sections themed to The Living Desert and Beaver Valley. 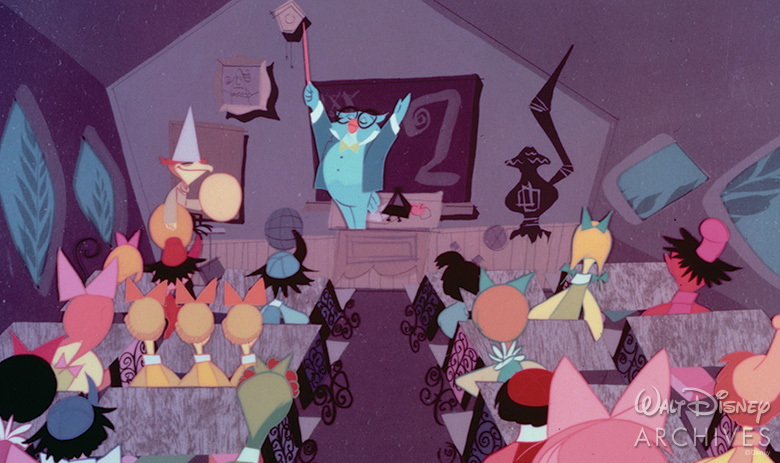 The Vanishing Prairie (Documentary Feature, 1954)
A team of 12 photographers helped make this story of buffalo, prairie dogs, and other critters become another winning True-Life Adventure film. 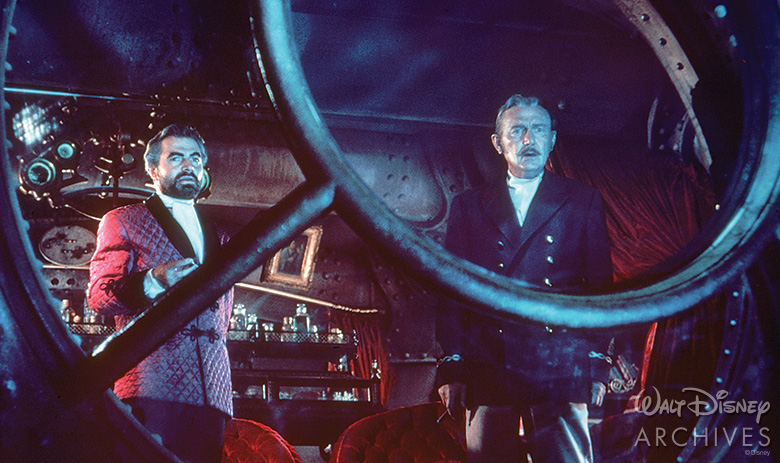 20,000 Leagues Under the Sea (Achievement with Special Effects, 1954)
Jules Verne’s classic tale of undersea adventure was brought to spectacular life by The Walt Disney Studios, with special effects including a 50-foot-long hydraulic giant squid and a set for the submarine Nautilus that was later displayed at Disneyland. This whale of a tale won Walt a well-deserved Academy Award for special effects.

Men Against the Arctic (Documentary Short Subject, 1955)
Focusing on the U.S. Coast Guard’s icebreakers in the Arctic, Walt won again with this entry in his People and Places series. 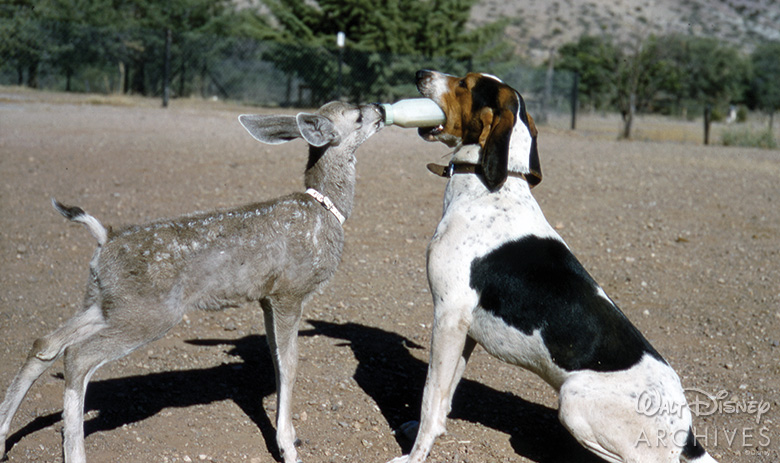 The Wetback Hound (Live-Action Short Subject, 1957; Walt Disney, Executive Producer; Larry Lansburgh, Producer)
This tale of a dog on the run not only won Walt an Academy Award, but also awards from the Southern California Motion Picture Council and the Berlin International Film Festival.

The Horse with the Flying Tail (Documentary Feature, 1960; Walt Disney, Executive Producer; Larry Lansburgh, Producer)
This heartwarming tale of Nautical, the star jumper of the U.S. Equestrian team, was originally made for television, but deemed good enough for theatrical release. It was so good, in fact, that Walt won his 31st Academy Award. 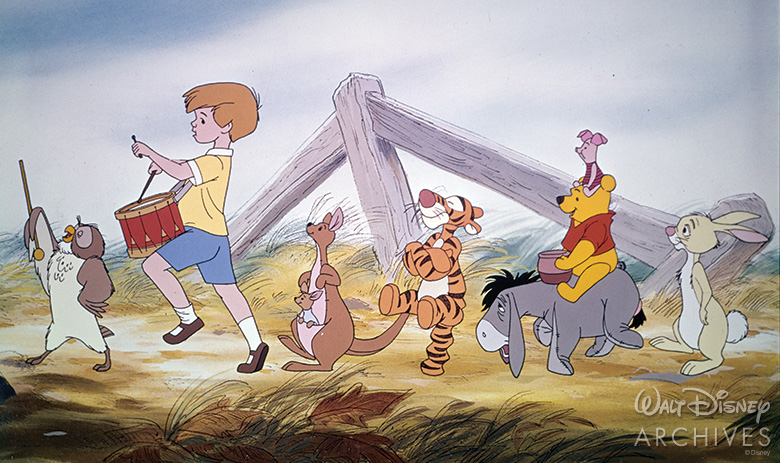 Winnie the Pooh and the Blustery Day (Cartoon Short Subject, 1968; Walt Disney, Executive Producer)
This Disney classic was the last Oscar awarded to Walt specifically. He won posthumously for his work on this animated short about our favorite chubby little cubby all stuffed with fluff.