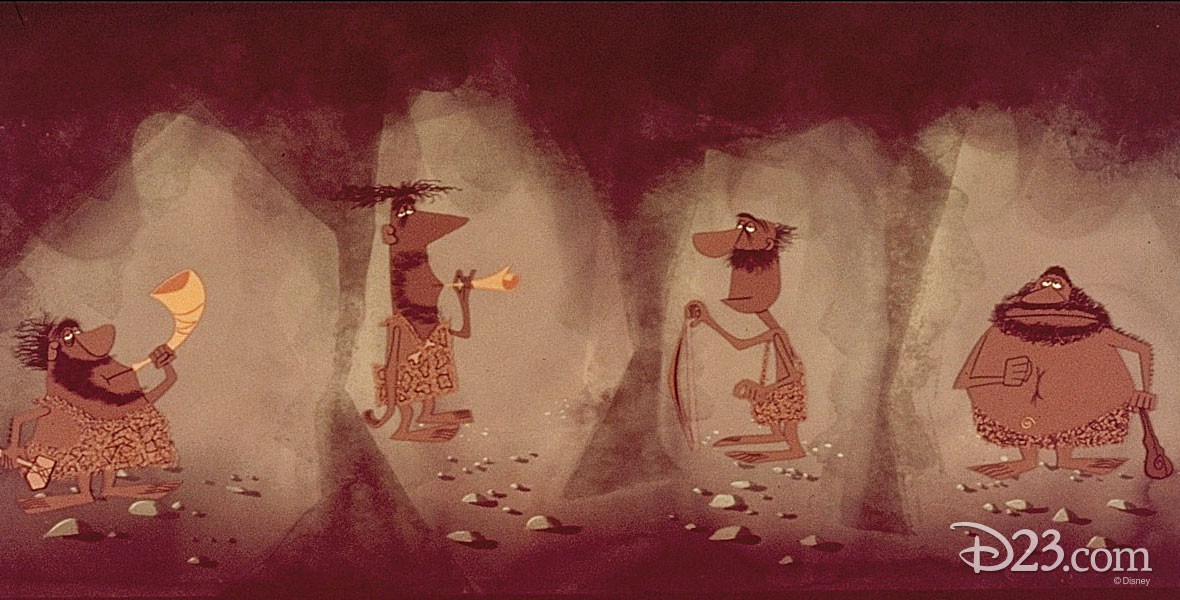 Toot, Whistle, Plunk and Boom (film) Special cartoon; released on November 10, 1953. Directed by Charles Nichols and Ward Kimball. Academy Award winner for Best Cartoon. Prof. Owl explains to his students about musical instruments, illustrating with the song, “Toot, Whistle, Plunk and Boom.” From the cave dwellers to modern times, we find that all instruments are based on the toot, the whistle, and so on, and they finally evolve into modern musical instruments. First cartoon filmed in CinemaScope. The unique backgrounds were devised by artist Eyvind Earle who would later give Sleeping Beauty its distinctive look. The first short cartoon released by Buena Vista. 10 min.