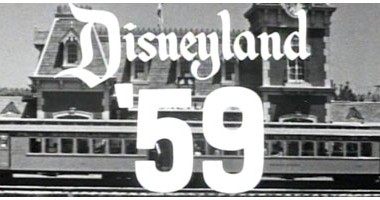 Q : As a youngster I watched the Disneyland TV show that ran on Sunday evenings from 1954–58. They had a show featuring the history of flight, which aired several times. The first time it was aired, the segment on World War I aerial combat had animated footage of a biplane being hit by machine gun fire, its pilot slumping forward and the plane tilting and falling out of the frame. In subsequent rebroadcasts of this show that scene was edited out. As originally aired, the scene comes immediately after the explanation of synchronized machine guns that enabled the pilot to fire forward through the propeller blades. My question to you is how can I again see that missing scene?
Stephen, El Paso, Texas
A: There is no indication in the production files for Victory Through Air Power, from which that animated segment was taken, of the scene you describe. The files only mention the plane being shot down.
Q : Which episode featured a pack of dogs running into Walt’s office and leaping into the air from his desk?
Michael, Millbrae, California
A: That was Walt Disney’s introduction to Bristle Face, Part II, which aired on February 2, 1964.
Q : Can you tell me anything about Bonkers and if there are plans to release it? I remember it being a very funny, silly show and would love to see it again.
Lizz, Coos Bay, Oregon
A: Bonkers was an animated television series that debuted on Disney Channel in 1993, and it was soon syndicated to other TV stations. In the show, Bonkers D. Bobcat is a wildly enthusiastic recruit for the Hollywood Police Department—Toon Division, working there with his gruff, streetwise human partner, Detective Lucky Piquel. There were a total of 65 episodes produced. I know of no plans for a future re-release.
Q : When I was younger, I used to watch a show on Disney Channel called, Sing Me a Story with Belle. My favorite episode was about a magic show called something like “The Inside Counts,” and it featured Gaston. Who played Gaston in this episode?
Dani, Brooklyn, New York
A: The episode was number 25, entitled What’s Inside Counts, but the Archives does not have any cast lists for that episode.
Q : Why was Regis Philbin honored as a Disney legend? I don’t recall him ever contributing anything to the Disney legacy.
Mike, Laguna Beach, California
A: ABC is part of The Walt Disney Company, and several ABC personalities have been honored in recent years for their contributions to the network. Besides, Regis hosted the Walt Disney World Christmas parade on TV for many years.
Q : In reference to the original Bristle Face movie, is there anywhere to purchase a copy of the movie? One of the dogs used in the movie as Bristle Face was my dog, Thor, when I was a little girl. The dog was too big for our little yard, so we gave him to a trainer, and he ended up being used for the running shots in Bristle Face. I would absolutely love to find a copy to buy.
Ann Marie, Gig Harbor, Washington
A: Bristle Face has not been released on videocassette or DVD.
Q : I seem to remember a television tour of the Disney Studios hosted by Hayley Mills, who at the time was recording dialog for The Black Cauldron. Was she ever involved with that project or is my memory playing tricks on me?
Allen, San Francisco, California
A: Hayley did a television show entitled Disney Animation: The Illusion of Life in 1981, which was inspired by the book by Frank Thomas and Ollie Johnston of the same title. She is shown how the animators pick the right actors for the right voices. I remember this episode well because Hayley filmed part of it in the Walt Disney Archives, relaxing between takes in my office.
Q : Is there any reason why Disney will not re-release Dr. Syn: Scarecrow of Romney Marsh?
Vernon, Moreno Valley, California
A: Dr. Syn: The Scarecrow of Romney Marsh was released on DVD in 2008, as part of the Walt Disney Treasures series.
Q : A few years ago, I caught a movie on Disney Channel called Tiger Cruise. It was a story about children of navy personnel on an aircraft carrier traveling from Honolulu to San Diego. While on the cruise the 9/11 attacks occurred, and it tells of the feelings of the sailors and children on that ship. I have been trying to get a copy of that movie. Do you know where I can get a copy or if Disney Channel is going to show it again?
Katie, Dallas, Georgia
A: This Disney Channel Original Film from 2004 has not been released on DVD. It is possible that it might be shown again, but I have not seen it on the schedule.
Q : One question that has been on my mind since I was eight years old is in relation to a television special that came out on the Magical World of Disney in November of 1988. It was a special celebrating Mickey’s 60th Birthday Party. Mickey ends up using the familiar sorcerer’s hat we’ve seen, but for the special, the person who owns it is not Yen Sid but a character only known as The Sorcerer (voiced by Peter Cullen). Ever since then, I’ve wondered if this Sorcerer has his own unique name, or if model sheets and script pages may just call him The Sorcerer as well.
Michael, Chicago, Illinois
A: The sorcerer in the 60th birthday special had no name.