Home / Walt Disney Archives / Ask the Walt Disney Archives / Miscellaneous
Skip to content
Q : I’ve been fortunate enough to find, after much effort, copies of the Mickey Mouse Theater of the Air. I now have all episodes except that of 3-20-38, “Sleeping Beauty.” By any chance does the Archives have a copy, and would it be possible to purchase one?
Sam, Los Angeles, California
A: The Walt Disney Archives does not have a copy of that particular show either.
Q : In 1964, on our trip to Disneyland, they had one of the first video connections with people attending the New York World’s Fair. We were in the audience and the little girl they picked from the crowd in New York asked to speak to someone in the crowd at Disneyland. She picked me and we spoke over the video connection. I'm wondering if any of those videos may still be in the Archives. I was 8 at the time and had on a red jacket with black pants... Any chance those videos still exist?
Sue, Concord, California
A: How fun that must have been! Those conversations were live and no copies were kept (this was before the days when video recording became widely available). 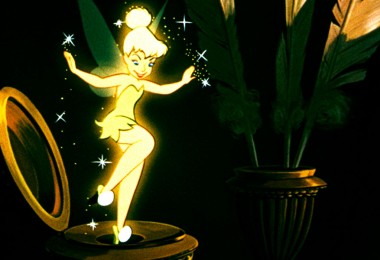 Q : Is Tinker Bell a pixie or a fairy? She lives in Pixie Hollow and uses pixie dust, but she got hurt when Jane said that she didn't believe in fairies.
Patrick, Las Vegas, Nevada
A: The two words seem to be interchangeable in Disney usage.
Q : Do you have a specific storage area to keep and preserve all the archives? There are so many items that can be collected in the theme park—how do you define whether is something worthwhile to keep? Among all the archives/artifacts curated, which are your favorites?
Helen, Malaysia
A: The Walt Disney Archives currently has a number of warehouses to store its huge collection of Disney history. The items needed for frequent reference are kept at the Archives’ offices at the Disney Studio in Burbank, California. Items are selected for the collection if the staff believes they will have future use, whether it is for displays or for documenting company history. I personally like the items related to Walt Disney himself that are preserved in the Archives. 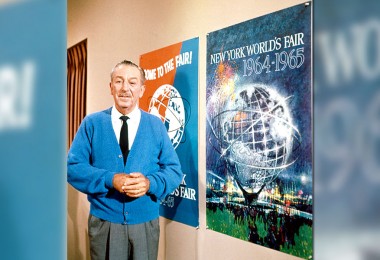 Q : Was there any talk of Disney continuing to contribute to future World’s Fairs after 1964–65, if the World’s Fair continued?
Greg, Downingtown Pennsylvania
A: Even before the New York fair, in 1958, Walt Disney had produced America the Beautiful in CircleVision, to be shown at the Brussels World’s Fair. But after doing the four shows for the 1964–65 fair, Walt decided to build his park in Florida, so he had no time for outside work for world’s fairs. However, after Walt died, the Disney company did produce additional CircleVision films for fairs in Canada—Expo ’67 in Montreal and Expo ’86 in Vancouver, British Columbia. 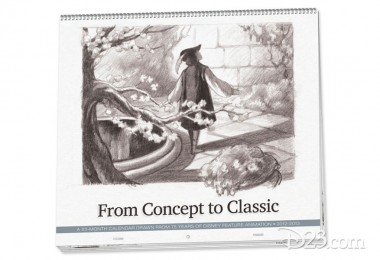 Q : I know that D23 members received special renewal pins in 2009, 2011, and 2013, [as well as] a watch in 2010. What was the gift in 2012?
Scott, Atlanta, Georgia
A: It was a calendar commemorating 75 years of animated features from Disney.
Q : I have inherited from my mother a silkscreen print (so I’m told by an art appraiser) of Donald Duck and Pluto (in army gear) in a row boat. There’s a sign saying “To Tokyo” that is next to them in the water. The rowboat has “P156″ on the back of it. My mother always kept a photo of the U.S.S. General D.E. Aultman, a ship with the number P156, with this drawing. Mom was in the U.S. Marine Corps during World War II and was stationed at El Toro air base in California. I would like to know any history about this picture. I have spent hours searching online and have never been able to find anything. I will be happy to scan the picture and send to you if that would help in knowing what I’m talking about.
Donna, Shawnee, Kansas
A: This is indeed the insignia that Disney designed for the U.S.S. General D. E. Aultman, a troop transport ship manned by U. S. Coast Guard personnel. It is one of 1,200 insignias Disney designed during World War II. The insignia was requested by the ship’s captain, S. P. Swicegood, drawn by Disney artist Roy Williams, and delivered to the ship in July 1945.
Q : When was Mickey Mouse born? What is his Birthdate? And when did the Five Mile Creek series begin? And how many are there in this set? I have 20 of them and would like to know if there are more in the set?
Barbara, Sheridan, Michigan
A: We celebrate Mickey’s birthday on November 18—that is the date in 1928 when Steamboat Willie made its debut at the Colony Theater in New York City. There were 39 episodes of Five Mile Creek, with the three seasons released on 20 DVDs. The series debuted in 1983 on Disney Channel; it was filmed in Australia.
Q : I was playing Disney trivia on my smartphone when they asked Minnie’s first name. I only knew of Minnie but they said the answer was Minerva from the comics. Have you heard that name?
Doug, Orlando, Florida
A: A 1942 comic strip story gave Minnie’s full name as Minerva Mouse, but that “fact” has rarely been copied elsewhere. To all of us, she is just Minnie.
Q : I recently acquired a set of gouache paintings and a pencil drawing at an estate sale. The owner said the paintings were by a relative who worked for the Disney art department in the late ’50s or early ’60s. The drawing was found in the same box. The paintings are in the style often associated with the Jiminy Cricket “I’m No Fool” series. Influenced by the Mary Blair style, a bit retro and very expressive. They have the initials (in lower case) “d.j.r.” The pencil drawing is a portrait of Beast, and signed by Kevin Kidney, 1992. By any chance, could you tell me anything about these two artists in the Disney talent pool?
Leo, Santa Maria, California
A: I cannot think of an artist with the initials of DJR, but Kevin Kidney has been a merchandise designer for Disney for more than 25 years. You can see his blog at http://miehana.blogspot.com/. Kevin originally worked on the Jungle Cruise at Disneyland, but later became a Disney staff artist and now does freelance work with his design partner, Jody Daily.