Home / News / Headlines / ABC’s The Wonderful World of Disney Returns May 20—Plus ... 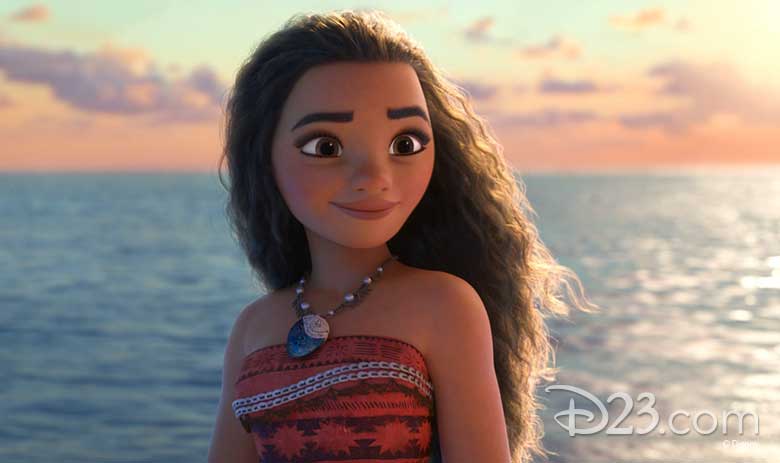 Get the popcorn ready—ABC’s The Wonderful World of Disney is returning to the airwaves for several consecutive Wednesday nights, beginning May 20! Four fabulously beloved titles, currently available on Disney+, will be shown in primetime on ABC, beginning with the broadcast world debut of Disney’s Academy Award®-nominated Moana on Wednesday, May 20, at 8 p.m. EDT.

The return of The Wonderful World of Disney is part of #DisneyMagicMoments—Disney’s way of bringing magic into homes all over the world during these unprecedented times… And don’t forget: You can find all manner of fun with our pals over at DisneyMagicMoments.com, including tons of entertaining stories, amazing videos, and cool activities from Disney, Pixar, Star Wars, Marvel, and National Geographic!

Well, we’ve made it to the first full weekend of May, and there’s a lot to look forward on the screen of your choice. Check out a brand-new episode of the adorable Disney+ cooking series Be Our Chef debuting on Friday (May 8) night, and let’s not forget The Disney Family Singalong: Volume II—with new celebs being added as we speak—airing this Sunday, May 10 (which is also Mother’s Day; don’t forget!). For more info, click here. 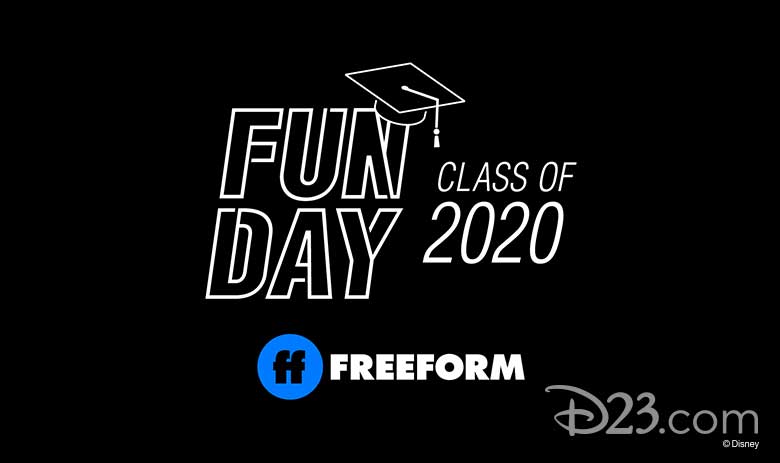 Join the Freeform Class of 2020 with Upcoming Funday Event

Calling all grads! (And family and friends of grads too, of course.) Freeform will honor 2020 graduates with their first-ever Funday: Class of 2020 programming event, May 16 and 17.

With graduation celebrations canceled across the country due to the ongoing COVID-19 crisis, Freeform is celebrating the Class of 2020 with grad-themed programming and new content—sharing lots of pomp-and-circumstanced fun across their social channels (using the hashtag #FreeformClassof2020), as well as through a live ticker giving students nationwide a moment to shine. The ticker will run the names of 2020 graduates throughout the whole weekend!

Additionally, the network be joining many others—including ABC—in airing the telecast of Graduate Together: America Honors the High School Class of 2020, hosted by LeBron James (and featuring grown-ish producer and star Yara Shahidi) on Saturday, May 16, at 8 p.m. EDT/PDT.

To learn more about Funday: Class of 2020—and to submit a name to run in that cool on-air graduation ticker—visit Freeform.com/FreeformClassof2020. 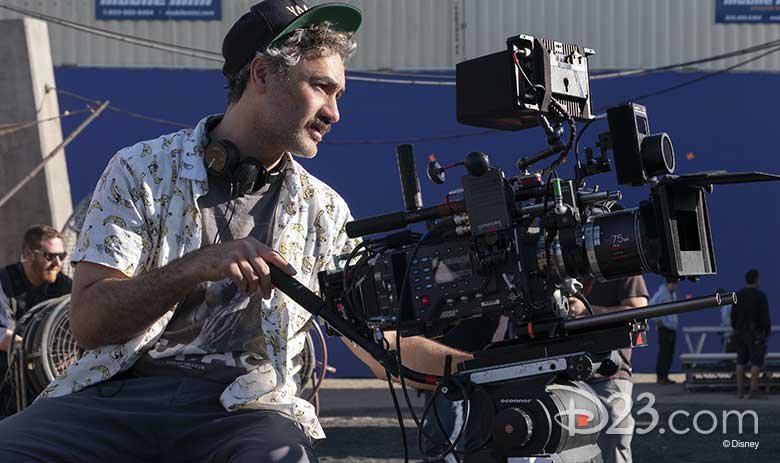 One of the biggest pieces of news to come out of this week’s fabulous May the Fourth celebrations had to do with a certain Academy Award®-winning writer… Taika Waititi (Oscar winner for best adapted screenplay for Jojo Rabbit)—who recently directed the season finale of Disney+’s The Mandalorian—will find himself in a galaxy far, far away yet again, as he directs and co-writes a new Star Wars movie. Read more about it right here at D23.com. 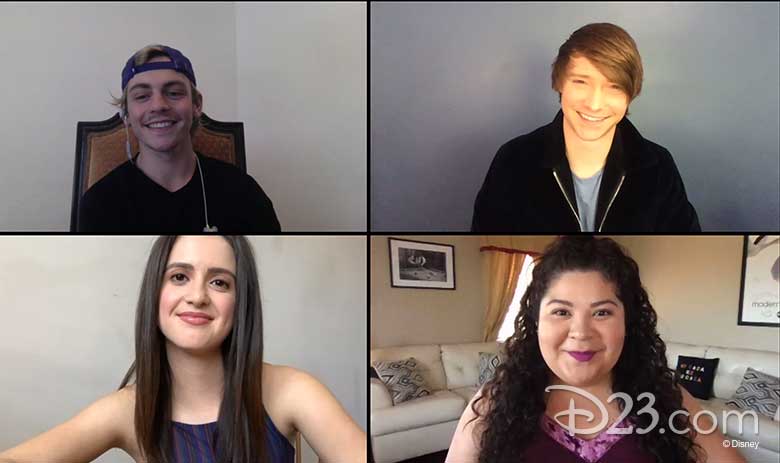 Fans of the Disney Channel series Austin & Ally were delighted as all get-out when series stars Ross Lynch, Laura Marano, Raini Rodriguez, and Calum Worthy reunited (in a safe, socially distant way—with Calum originating from Vancouver and Ross, Raini, and Laura from Los Angeles) for an interview moderated by E! News’ Lilliana Vazquez via Zoom. The four stars reminisced about their experiences during production of the series, which wrapped five whole years ago. (Time flies, right?!) The fun reunion is available on the E! News website…

Austin & Ally premiered in December 2011, and for four seasons followed the improbable partnership between two polar opposites—Austin, an extroverted musician/singer and Ally, a brilliant yet shy songwriter—and their two best friends, Trish and Dez. It’s available for streaming now on Disney+!

Big news from the world of Disney+, especially if you enjoy the work of legendary children’s author R.L. Stine: They’ve just ordered a series based on Stine’s Just Beyond graphic novels! Read more about what you can expect from the eight-episode series, created and written by Seth Grahame-Smith (writer of The Lego Batman Movie and author of Pride and Prejudice and Zombies), by clicking here. 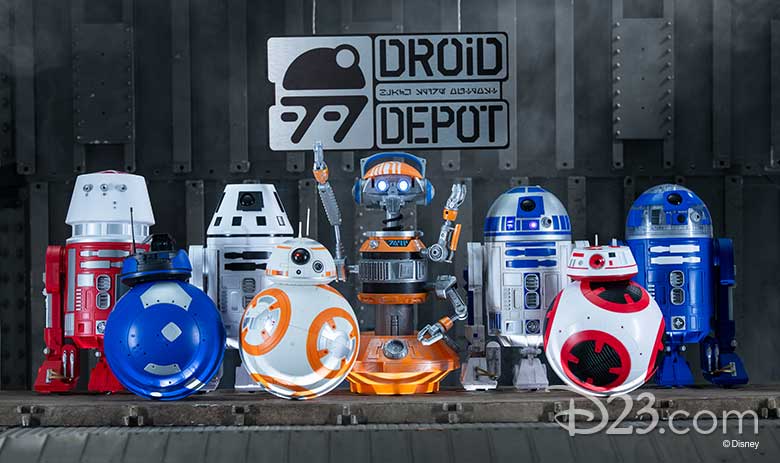 Looking to continue this week’s May the Fourth shenanigans just a little while longer? (Okay, who are we kidding? It’s kinda how we live on the daily.) Then you’ll be pleased to learn there’s a new way to interact with custom BB-series or R-series astromech droid units from Droid Depot at Star Wars: Galaxy’s Edge…

This week saw the release of the new Droid Depot mobile app, available for free download at the App Store and Google Play; the galactic, interactive experience allows Jedi, Sith Lords, and Rebels alike to link up and program their droids; customize them by name; see their profiles; and pilot them on a virtual path around their home, activating sounds—including some favorite galactic jams by DJ R3X at Oga’s Cantina—and maneuvers along the way. Users can also activate strategy mode and play a game of tic-tac-toe with your droid (in easy or difficult modes).

The free mobile app is available for iPhone® and Android™ smartphones. And for the first time, pre-built versions of BB-8 and R2-D2 interactive remote control droids from Droid Depot at Star Wars: Galaxy’s Edge are now available (for a limited time, and while supplies last) on shopDisney.com. 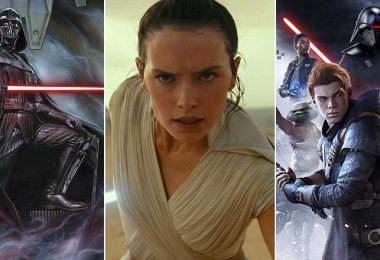 All the Stellar Things to Read, Watch and Play This Star Wars Day