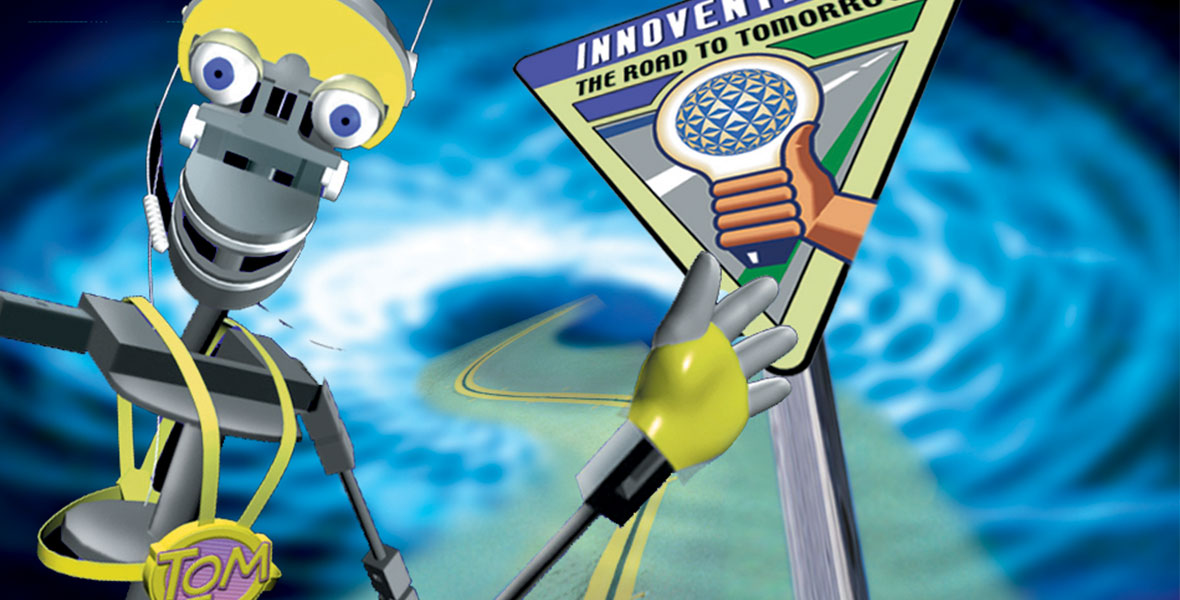 Tom Morrow Character name (a pun on the word tomorrow) of the operations director in the Flight to the Moon attraction at Disneyland and Magic Kingdom Park, renamed Mr. Johnson in Mission to Mars. Voiced by George Walsh, whose voice introduced the Gunsmoke television series. (After retiring from broadcasting, Walsh worked in the shops on Main Street, U.S.A. at Disneyland.) Also the name of the robot host of Innoventions at Disneyland, voiced by Nathan Lane. Tom Morrow 2.0, a smaller robot voiced by Max Casella, was introduced at Innoventions at Walt Disney World and hosted the “Imagineer That!” interstitial on Disney Channel.