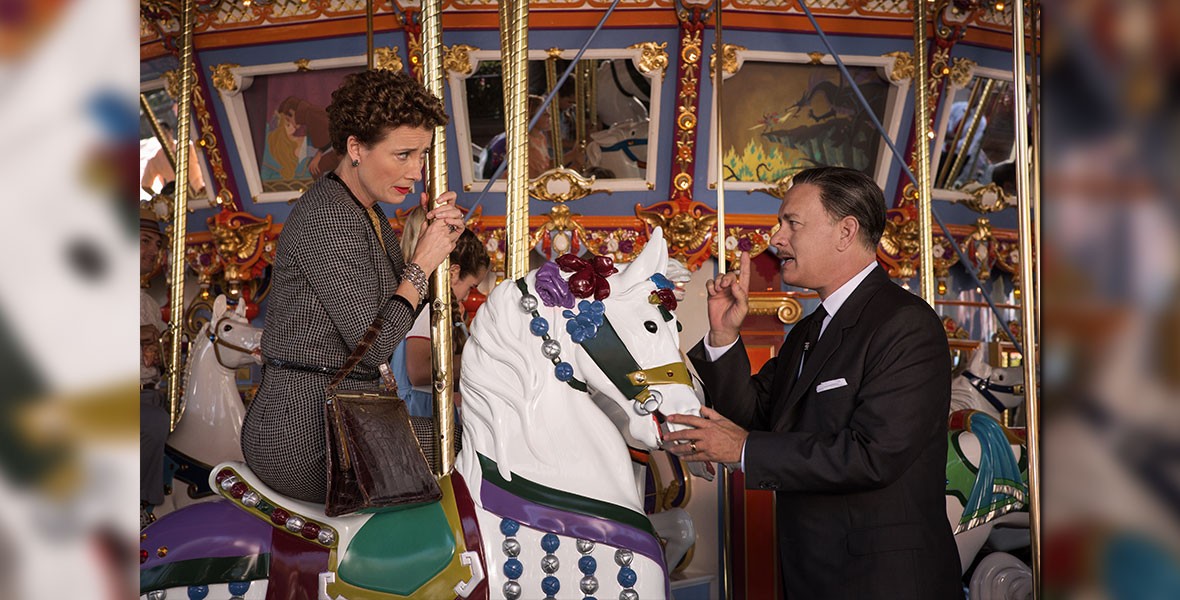 Saving Mr. Banks (film) Inspired by the story of how Walt Disney’s famous classic motion picture, Mary Poppins, made it to the screen. In the film, Walt seeks to obtain the rights to the book, and comes up upon a curmudgeonly, uncompromising writer, P. L. Travers, who has absolutely no intention of letting her beloved magical nanny get mauled by the Hollywood machine. In 1961, she reluctantly agrees to go to Los Angeles to hear Disney’s plans for the adaptation. Armed with imaginative storyboards and chirpy songs from the talented Sherman brothers, Walt launches an all-out onslaught on Mrs. Travers, but finds himself watching helplessly as she becomes increasingly immovable and the rights begin to move further away from his grasp. When Walt realizes that there are ghosts that haunt her from her childhood in Queensland, Australia, he reaches into his own childhood to find a solution. Directed by John Lee Hancock. Limited release on Dec. 13, 2013, with a general release on Dec. 20, after a release in the U.K. on Nov. 29. Stars Tom Hanks (Walt Disney), Emma Thompson (P. L. Travers), Bradley Whitford (Don DaGradi), Jason Schwartzman (Richard Sherman), B.J. Novak (Robert Sherman), Kathy Baker (Tommie), Paul Giamatti (Ralph), Colin Farrell (Travers Goff), Ruth Wilson (Margaret Goff). 125 min. Filming took place in Burbank, Los Angeles, and at Disneyland Park. Filmed in CinemaScope. It was nominated for an Academy Award for Music—Original Score.