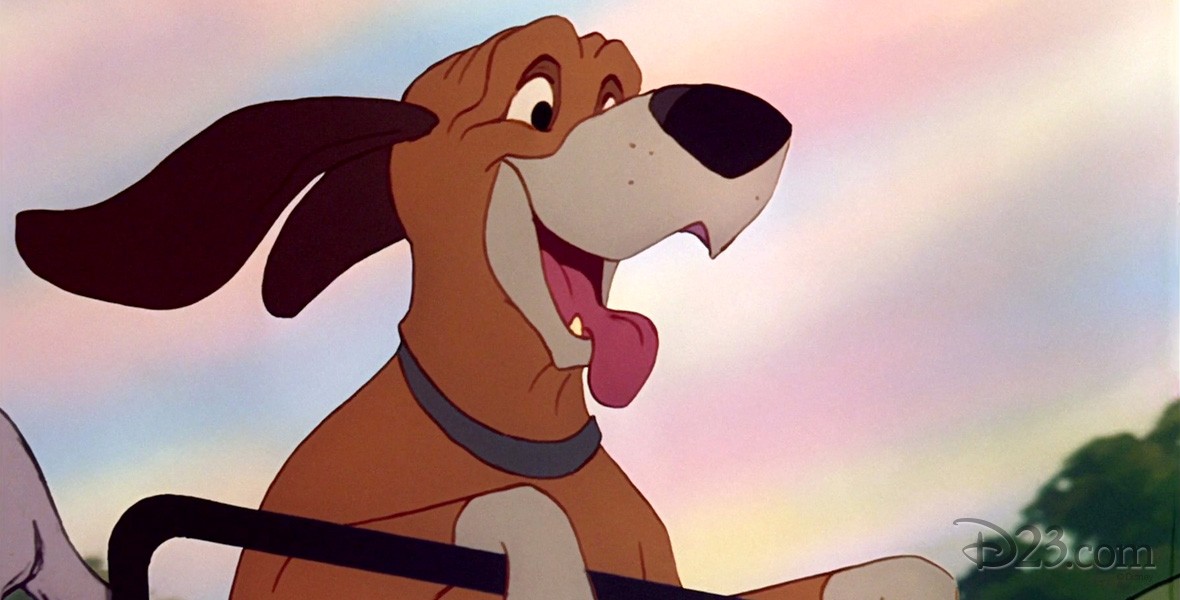 Fox and the Hound, The (film) The animated story of two friends who didn’t know they were supposed to be enemies. Tod, an orphaned baby fox, raised by Widow Tweed, is best friends with Copper, a young hunting dog. When they grow up, Copper learns to hunt and discovers he must pursue his friend. Tod is taken to a game preserve for safety, and there he falls in love with Vixey, a beautiful female fox. Copper and his master hunt Tod in the preserve, but when the chips are down, Tod and Copper realize that their friendship overcomes all. Released on July 10, 1981. Directed by Art Stevens, Ted Berman, and Richard Rich. 83 min. Featuring the voices of Mickey Rooney (older Tod), Keith Mitchell (young Tod), Kurt Russell (older Copper), Corey Feldman (young Copper), Pearl Bailey (Big Mama), Pat Buttram (Chief), Sandy Duncan (Vixey), Dick Bakalyan (Dinky), Paul Winchell (Boomer), Jack Albertson (Amos Slade), and Jeanette Nolan (Widow Tweed), the film is based on a story by Daniel P. Mannix. The feature film marked the premier effort of a new generation of Disney animators who would, in a few years create The Little Mermaid and Beauty and the Beast. With the exception of some early scenes and character development done by veteran animators Frank Thomas, Ollie Johnston and Cliff Nordberg, this film represented the combined talent and imagination of a new team. Production on The Fox and the Hound began in the spring of 1977, but it was delayed by the defection from the animation department of Don Bluth, Gary Goldman, John Pomeroy, and an additional group of animators who were unhappy at the Disney Studio and eager to set up their own studio and produce movies that they felt were more in line with the style and quality of movies that Disney used to make in its golden years. By the time The Fox and the Hound was finished, four years later, it would require approximately 360,000 drawings, 110,000 painted cels, 1,100 painted backgrounds, and a total of 180 people, including 24 animators. As in all Disney animated outings, music served to accentuate the action, highlight the humor, and, in general, enhance the story. The movie features the songs “Best of Friends,” by Richard O. Johnston, son of animator Ollie Johnston, and Stan Fidel; “Lack of Education,” “A Huntin’ Man,” and “Appreciate The Lady” by Jim Stafford; and “Goodbye May Seem Forever” by Richard Rich and Jeffrey Patch. The film was an enormous box office success. The film was re-released theatrically in 1988. Released on video in 1994.