Sixty-five years ago, on July 26, 1951, Walt Disney’s long-awaited animated fantasy Alice in Wonderland was unveiled to audiences with a premiere at the Leicester Square Theatre in London. A film adaptation of Lewis Carroll’s classic stories had been on Walt’s mind for nearly 20 years—after silent film star Mary Pickford (a United Artists founder) proposed a live-action version to him in 1933. Walt was hesitant about the idea, and Paramount quickly secured the film rights. Ultimately, production on an animated feature would kick-start after World War II, with three years of steady production requiring more than a half million separate drawings.

But—curiouser and curiouser—few realize that a live-action version of Alice in Wonderland (1951) was actually shot on camera. Described by writer Louis Berg as “a phantom picture which will never be released,” the film represented the live-action reference process, in which actors were filmed on a Disney Studio soundstage using pre-recorded dialogue tracks. The resulting footage profoundly helped guide and inspire animators who studied the actors’ movements—from broad, unusual poses to small nuances—in their effort to imbue a sense of believability among the animated cast of more than 30 whimsical Wonderland characters.

Berg was right: The “phantom picture” would never be released to the public. In fact, most of it was sadly destroyed. But thanks to the foresight of Studio photographers—as well as the preservation efforts of the Walt Disney Archives—Alice aficionados can still explore this legendary process through photo documentation. In honor of the 65th anniversary of Alice in Wonderland, D23 hopes you enjoy this exclusive gallery, revealing the live-action reference alongside final film frame. 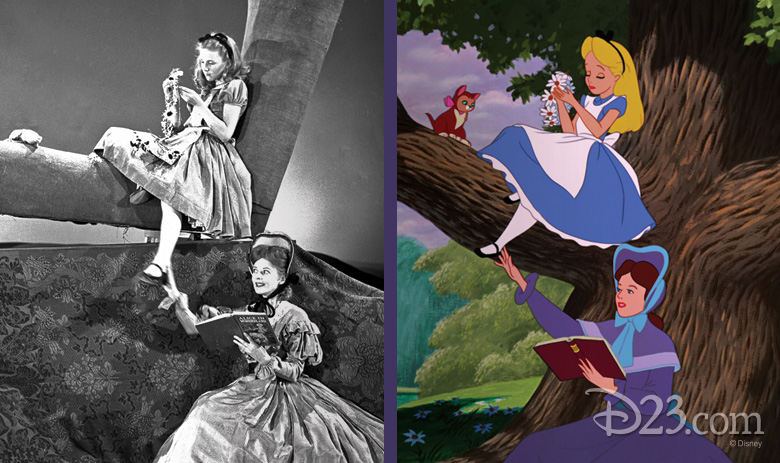 What history lesson? Alice, played by Disney Legend Kathy Beaumont (who also provided the voice of the character), creates a crown of flowers while she should be paying attention to her history lesson. In the live-action shot, notice that the sister’s book presents no history lesson at all; it’s actually a copy of Alice in Wonderland! 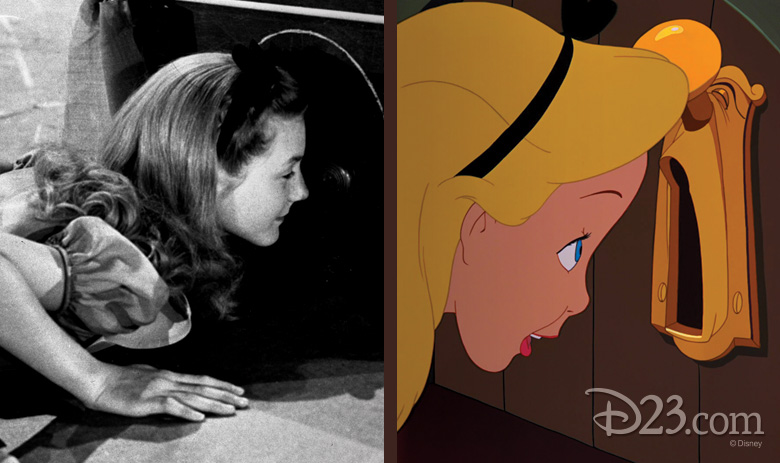 One good turn deserves another… Alice attempts to peer through the Door Knob—who, incidentally, was the only major character created especially for the Disney version of Alice in Wonderland. 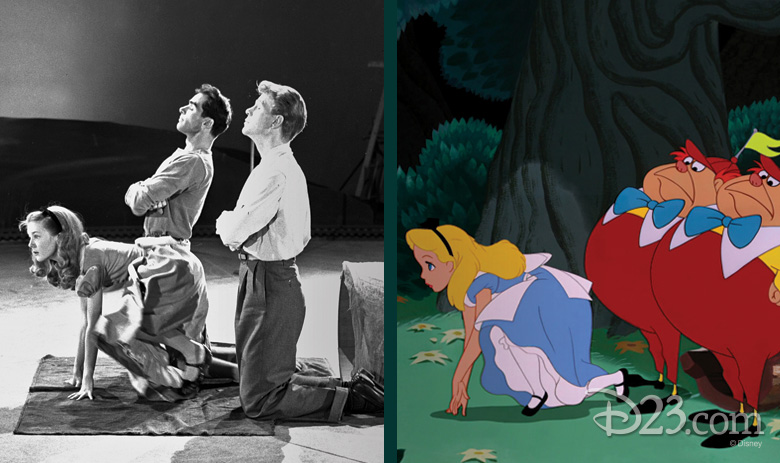 Would ya like to play hide-and-seek? After crawling through a log, Alice is about to meet two of the strangest characters she’ll encounter in Wonderland: Tweedledum and Tweedledee. (If you’re curious to know the difference between the two, Tweedledum has the lisp.) 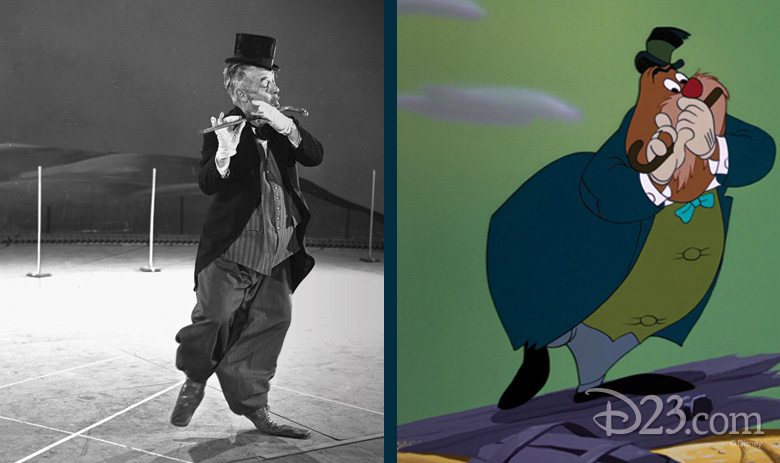 Calloo, callay, come run away… The Walrus (from “The Walrus and the Carpenter” sequence) lures the Baby Oysters to their fate. Footage of the live-action filming was captured for the 1951 promotional film Operation Wonderland. 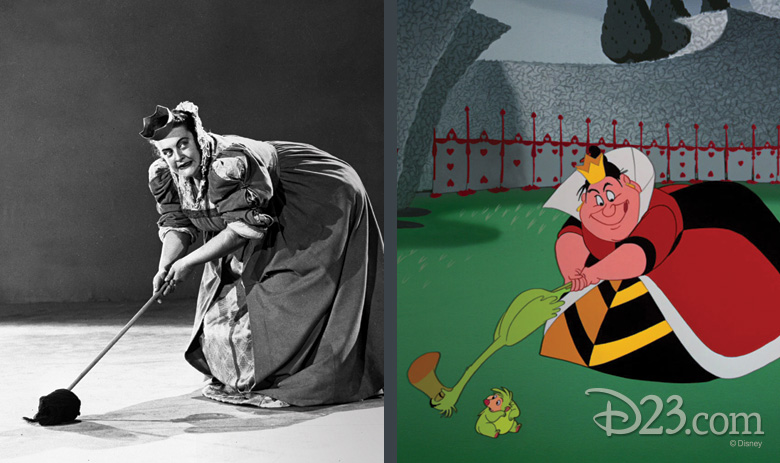 Do you play croquet? The Queen of Hearts prepares to take a swing during her croquet game. On the left, a mallet plays the part of the flamingo… but is that a ball of yarn representing the hedgehog? 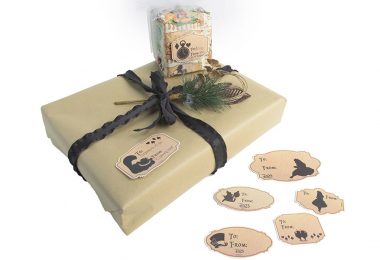 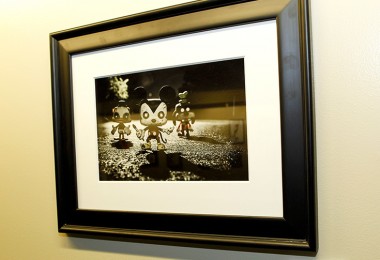 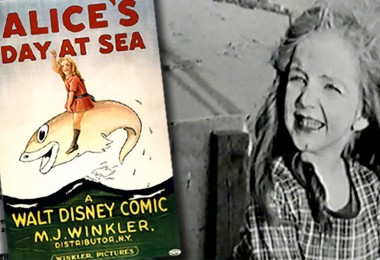 Alice "Seas" It All