In perhaps the most iconic photo of Walt Disney, Walt stands with a serious gaze out of a doorway as the shadow of his most famous creation reflects off the wall. For many years, the most puzzling aspect of this photo was… where was this taken? Of course, those who were involved knew the truth but that information faded away with time and, amazingly, this question would remain unanswered for years to come. However, with some detailed research between a Disney historian and the Walt Disney Archives, the location was uncovered.

For years, many thought the location to be the Disney studio along Hyperion Avenue, however, none of the then-known areas at the studio matched this photo. Additionally, the Persian rug below Walt’s feet did not match anything that was believed to have appeared at the Hyperion studio until Walt later upgraded to a larger office. So, one of the few alternative locations would be Walt’s home in Los Angeles on Woking Way. The problem: In an alternate shot from the same photo shoot one can see down the hallway to a wall which curves to the left. Well, today the main hallway leads straight into a restroom. This was baffling information to the Archives upon visiting the home in 2014.  But, after further research, plans of a remodel in that location of the home were located, proving the fact that the area in question was changed some time later. Original plans for the home were also obtained, which corroborated the modifications. Furthermore, in the alternate shot, one can make out a telephone just inside the doorway. Walt’s Woking Way home was originally outfitted with five telephone outlets, a large number for those days, including one in that exact location. This information, coupled with the homes’ additional matching features, finally revealed the spot where Walt (and Mickey Mouse) took this famous photo.

Occasionally, there are mysteries to be solved and information to be discovered. The Walt Disney Archives relishes these tasks and proudly preserves the lasting legacy and enduring creativity started by Walt Disney. 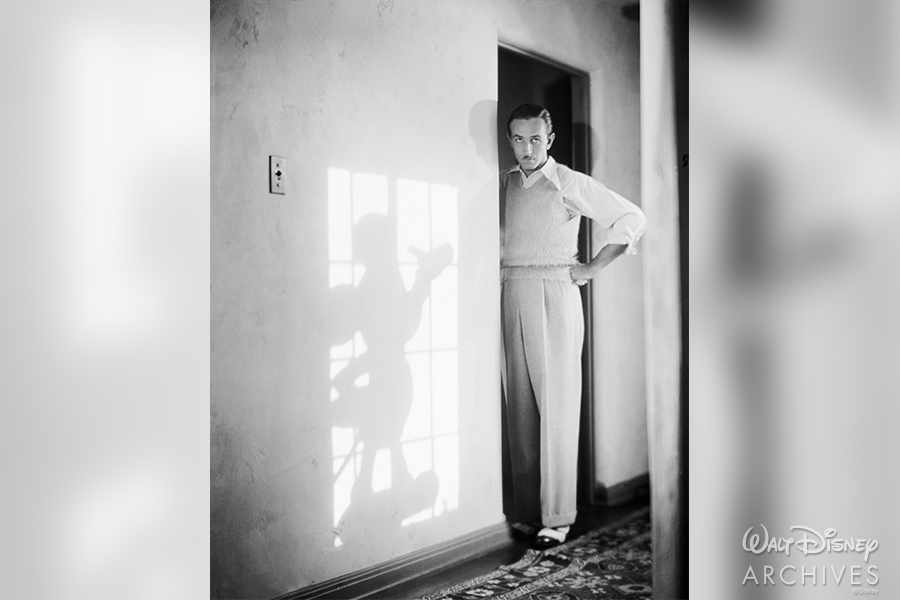 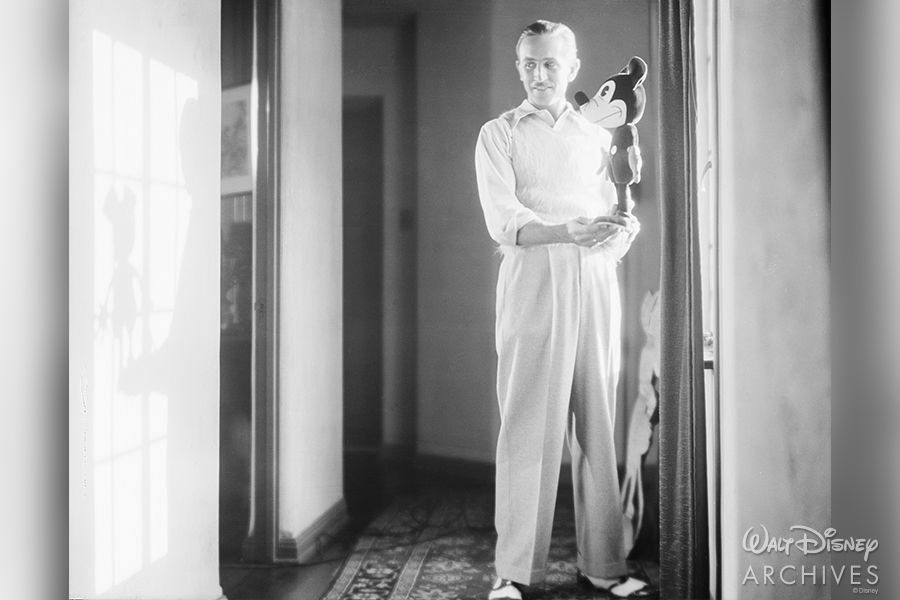