Reverend Paul Ford: [reading Pollyanna’s locket] When you look for the bad in mankind, expecting to find it, you surely will. – Abraham Lincoln.
Pollyanna: He was the President.
Reverend Paul Ford: Yes, yes I know … but I never heard that before.
Pollyanna:  Neither had my father. Anyway, he said it started him thinking and from then on, he was gonna look for the good in people. That’s when we both started searching the Bible for the texts.
Reverend Paul Ford: The texts?
Pollyanna:  Yes, you know. My father called them the glad passages. You know, the happy ones like “Shout for Joy” or “Be Glad in the Lord” you know, like that. There are eight hundred happy texts, did you know that?
Reverend Paul Ford: No, I didn’t know that.
Pollyanna:  Yes, well there are, and you know, my father said, “If God took the trouble to tell us eight hundred times to be glad and rejoice, he must have wanted us to do it.”

Well, there was a reason the good reverend hadn’t heard that quote before … because President Lincoln never actually said it.

In 1960, to publicize the release of the heart-warming new Disney film Pollyanna, Walt Disney Productions released a promotional merchandise item—thousands of “Pollyanna Photo Locket Necklaces” inspired by the locket that Hayley Mills wears throughout the film. These promotional gold metal lockets opened to reveal a lovely smiling photograph of Hayley as Pollyanna on one side, and the quote attributed to “Abe Lincoln” on the other.

A short time later, after discovering the necklace in a gift shop while on vacation with his family, writer/director David Swift called the studio to have the item recalled immediately. It turned out that Lincoln had never spoken that sentiment—Swift explained that he had simply made it up for the film.

On May 8, 2010, D23 presented a special 50th Anniversary screening of Pollyanna at The Walt Disney Studios in Burbank, and I had the honor of hosting the film and doing an audience Q&A afterwards. I told the story of the locket—explaining that all but about 800 of them were recalled by the studio after David Swift’s phone call. I mentioned that the lockets were now very rare, and since we didn’t even have one in the Archives, I had never seen one. Amazingly, a D23 member named Kathye spoke up from the audience and told me that she actually owned one. Afterwards, I asked if she would kindly share photos of it for our Pollyanna historical files.

A few weeks later I received an email from Kathye. In it she said:

“My father took me to see Pollyanna when it first opened and bought me the locket. It is one of the few things I have left that he gave me and is one of my most sentimental treasures. The locket couldn’t have a safer home than the Archives and in a very small way perhaps I can give back a little of the joy that Disney has given to me.”

She brought it to the D23 Walt Disney Archives 40th Anniversary event shortly after and donated it to us. I’m so happy to share this story once again and echo Pollyanna’s simple philosophy—that there’s always a reason to be glad. I’m certainly glad that there are lovely people in the world like Kathye, and that through her generosity I am able share a bit of her joy with all of you. 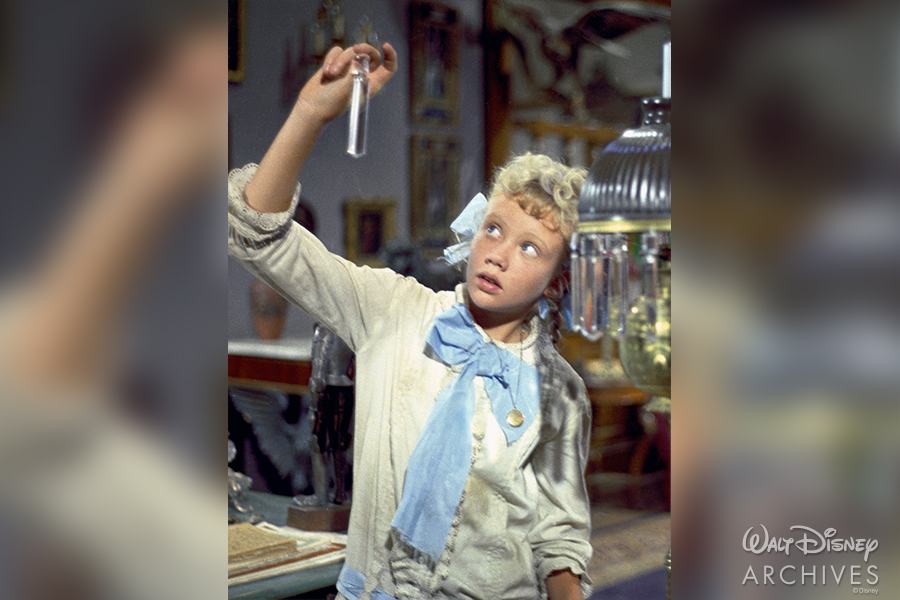 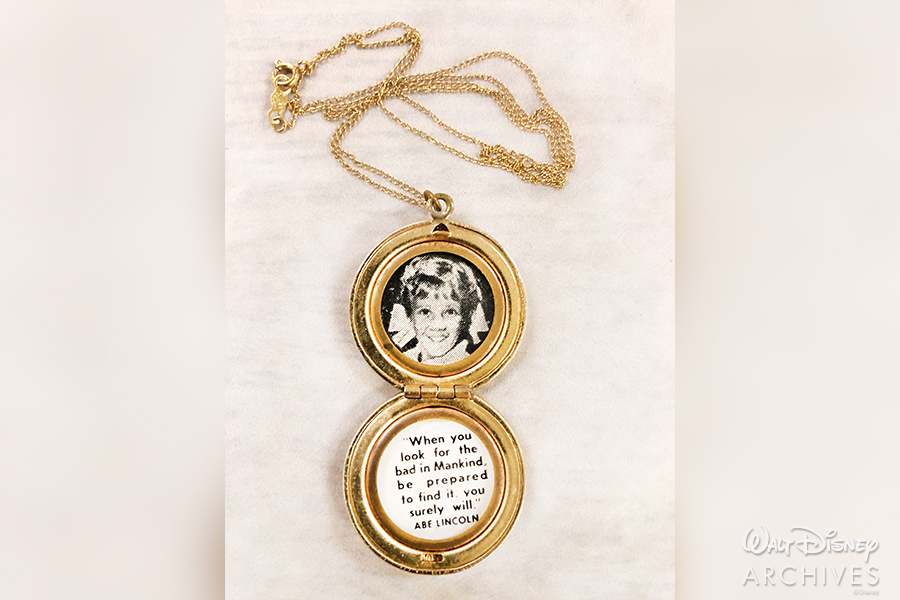 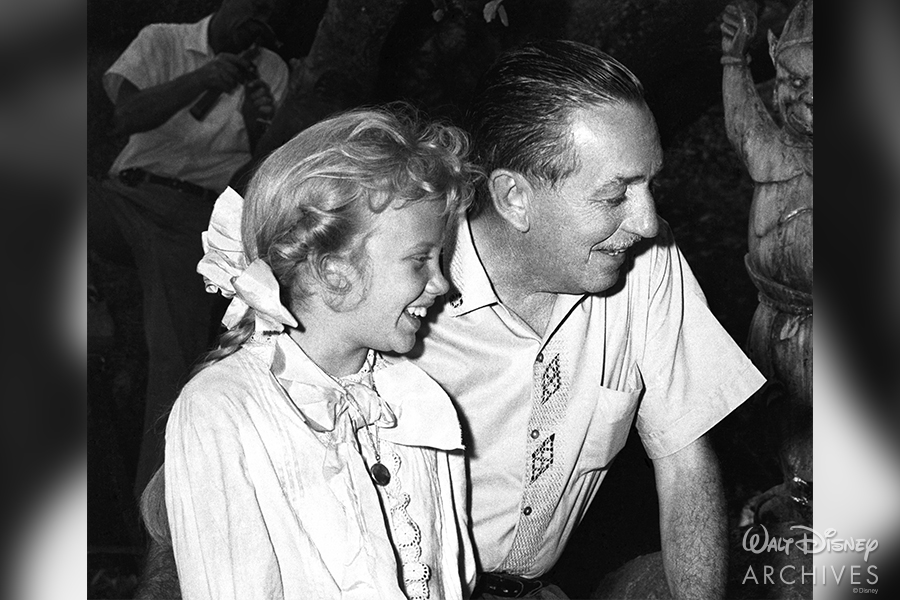 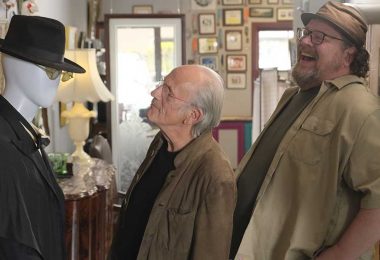