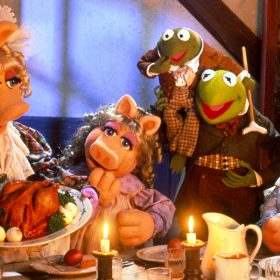 The Muppet Christmas Carol has everything Muppet fans expect to see in a Kermit/Piggy movie. Big name guest star? Check! A wise-cracking bear? Check! Feel-good musical numbers? Plenty! But if you plan on re-watching the timeless holiday classic on the occasion of its 25th anniversary (and we highly recommend you do), you’ll want to keep an eye… 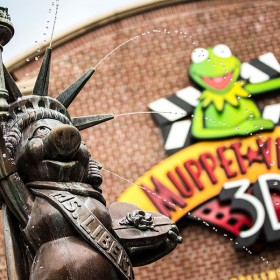 Do You Remember These Muppet*Vision 3D Quotes?

We can’t believe Muppet*Vision 3D premiered 26 years ago today at Disney’s Hollywood Studios! Whether you’re a fan of Muppet Labs’ advanced scientific enhancements or cheap 3-D tricks; Kermit, Fozzie, and Miss Piggy; or Dorothy, Dinah, and Max, there’s so much to love about the spectacular presentation on its silver anniversary. (In… 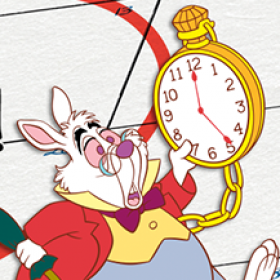 ABC Upfronts: New Series Offer Muppets and Much, Much More!
ABC took over Avery Fisher Hall at NYC’s Lincoln Center this afternoon to announce their 2015–16 Primetime TV schedule… and it’s pretty spectacular. (Four words: “Kermit’s back on television!”) Besides returning faves like Scandal, The Bachelor, Marvel’s Agent Carter, and Nashville, a… 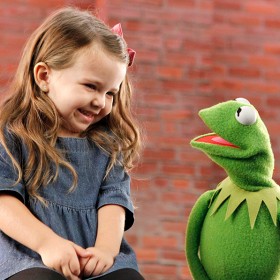 Have you ever wanted to sit down and talk with Kermit the Frog or Fozzie Bear? Well, some lucky—and adorable—kids are getting the chance to do just that. And you can watch these chats when Muppet Moments makes its debut on Disney Channel on Friday, April 3, at 8:25 a.m. 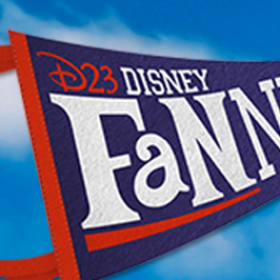 For the third year in a row, D23 will hit the road with D23 Disney Fanniversary Celebration presented by Walt Disney Records The Legacy Collection, visiting cities across the U.S. to commemorate dozens of magical Disney milestones celebrating landmark anniversaries this year. We’ve pulled together five of our favorite celebrity moments from this year’s show…. 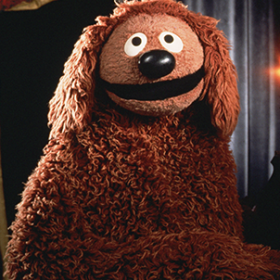 He was the very first Muppet television star
. . . but he’s not green and he’s not a frog. He’s brown, furry and a dog—Rowlf the Dog.

The pun-loving pooch, sometimes known as “Ol’ Brown Ears,” was the very first Muppet to break into big-time primetime TV. In 1962, he made his debut as the star in a series of dog food commercials, followed by a… 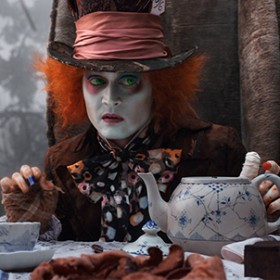 The Latest News about Through the Looking Glass, Into the Woods, and Much More

Get Ready To Go Through the Looking Glass
This week, principal photography begins on Alice In Wonderland: Through the Looking Glass, the sequel to Tim Burton’s 2010 live-action Alice In Wonderland. Johnny Depp reprises his role as the Mad Hatter, and Mia Wasikowska also returns as Alice. James Bobin (The Muppets and Muppets Most Wanted) is directing from a screenplay… 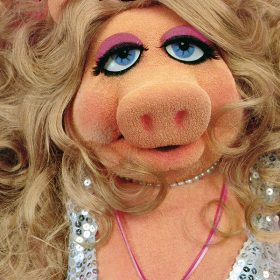 Miss Piggy: A Pig for All Seasons

It’s a New Year and every swimsuit model, football player or movie star who has their own calendar this January owes it all to the biggest celeb of all. That’s right, it was none other than Miss Piggy who started the whole celebrity calendar craze.

“There were no personality calendars back then,” Michael Frith explained. “No Cindy Crawford,… 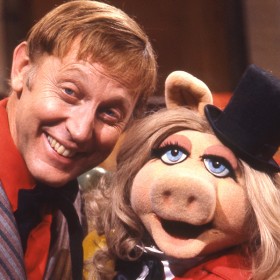 Such Disney Legends as Julie Andrews and Elton John were among the many guest stars on The Muppet Show, but perhaps the most fascinating Disney Legend to trod the boards of the Muppet Theater was Wally Boag.

Master vaudevillian and king of comedy.
One of Walt Disney’s favorites, Wally was the comedic star of the long-running Golden Horseshoe Revue at Disneyland…. 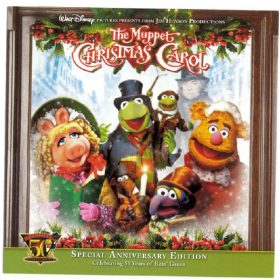 In 1992’s The Muppet Christmas Carol a very merry Christmas mash-up of Muppets and Dickens included music that expressed both heartfelt emotion and hilarity. The holiday-hued songs include “One More Sleep ’til Christmas,” “It Feels Like Christmas,” “Fozziwig’s Party,” “Thankful Heart” and “Bless Us All.”

Three songs were deleted from the film but they are included…