With a fresh poached egg gently layered on a hearty slice of Canadian bacon on top of a toasted English muffin, and covered in a rich, creamy hollandaise sauce,

Chef de cuisine Jason Martin created the entire menu for the signature restaurant here and throughout the Disneyland Hotel, but he’s particularly proud of his savory morning offerings. His recipe for Eggs Benedict bursts with flavor and adds a bit of culinary elegance to the most important meal of the day. “I wanted something decadent and good—that guests could treat themselves to while on vacation, and that also goes with the atmosphere and flavors of the restaurant,” Jason says. “I am following the classic Eggs Benedict dish in terms of what is included, and the core ingredients, of course. But we make it ours by using fresh ingredients, our own carefully crafted hollandaise sauce, and ensuring that it is made perfectly.”

And now (with only a little pleading from the D23 staff), Jason shares his oh-so-mouthwatering recipe with all of us so you can make this culinary masterpiece at home. Bon appétit!

Hollandaise Sauce
Melt butter in a small saucepan on low heat. When the butter has melted completely, tilt the pan and skim off the foamy liquid that rises to the surface to clarify the butter. Will need 1/2 cup for recipe. Set aside and keep warm. Fill two-quart saucepan with water and bring to a boil over medium-high heat. Reduce heat to low to maintain a simmer. Whisk egg yolks, Tabasco, Worcestershire sauce, lemon juice, salt, pepper, and water in medium mixing bowl for approximately one-to-two minutes or until mixture lightens in color. Place the mixing bowl over the simmering water and whisk to cook the egg mixture. Move bowl on and off the heat to avoid scrambling the eggs—approximately 10 seconds on, 10 seconds off the heat for three-to-five minutes or until egg mixture coats the back of a spoon. Remove the bowl from the heat and gradually whisk in small amounts of the warm clarified butter, one-to-two tablespoons at a time, mixing thoroughly before adding more butter. Season to taste with salt and pepper. Set aside and keep warm.

Eggs Benedict
Cook Canadian bacon in large skillet over medium high heat until golden brown on both sides. Set aside and keep warm. Fill two-quart saucepan 1/2 full with water. Add vinegar and bring to a simmer over low heat. Crack the eggs into the water and let them cook for two-to-three minutes until set and egg whites turn opaque. Lift the eggs out with a slotted spoon to drain the water. Set aside and keep warm.

This recipe has been converted from a larger quantity in the restaurant kitchens. The flavor profile may vary from the restaurant’s version. All recipes are the property of Walt Disney Parks and Resorts U.S., Inc., and may not be reproduced without express permission. 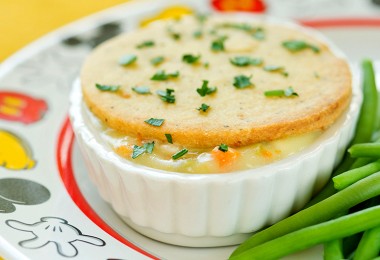 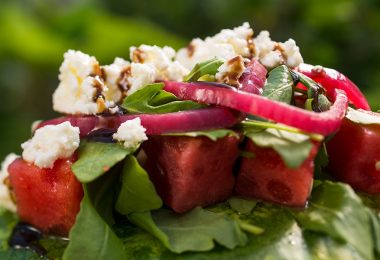 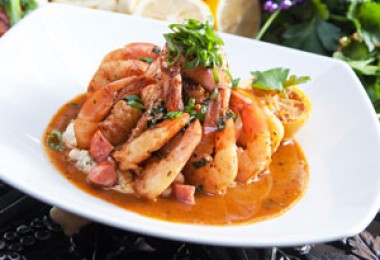