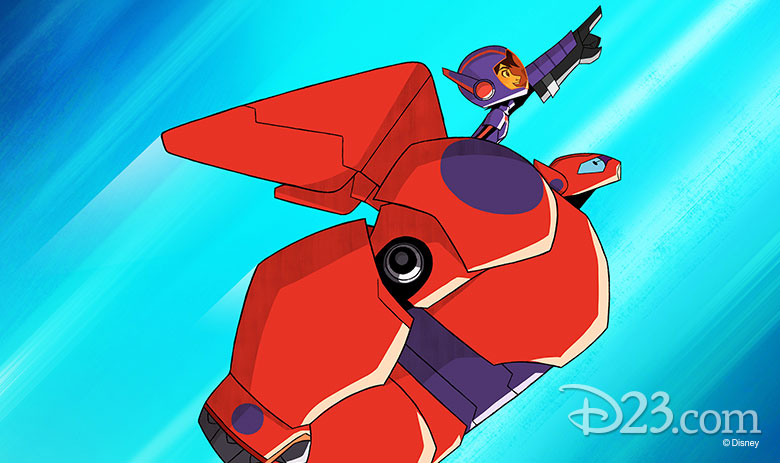 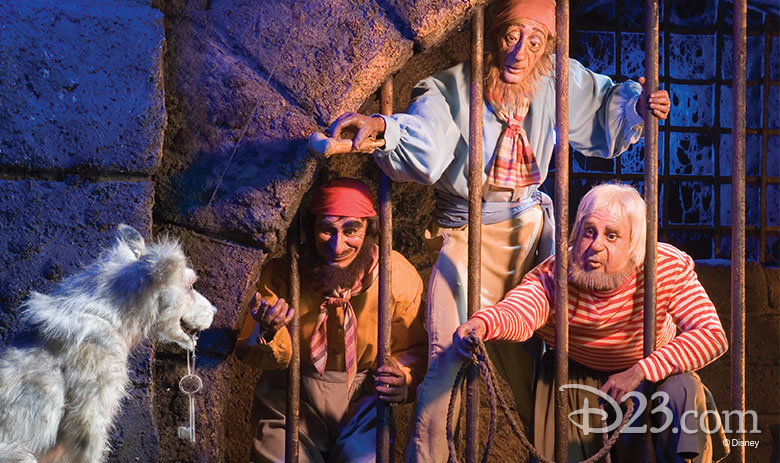 This Weekend: Celebrate Pirates of the Caribbean’s 50th at Disneyland Park!

Can you believe Pirates of the Caribbean has thrilled nearly 400 million guests since it first opened at Disneyland park in 1967? Frankly, it’s no surprise to us; the swashbuckling adventure is truly a “must-see” attraction, and it even inspired an über-successful film franchise…

Pirates celebrates its amazing 50th anniversary this Saturday, March 18—and to mark the occasion, Disneyland park guests are invited to enjoy all kinds of fun, pirate-themed entertainment, merchandise exclusives, and deliciously special food and beverage offerings starting this Thursday, March 16! Look for amazing eats like a Buccaneer Pulled Pork Sandwich, “gold”-dusted Lost Treasure Beignets, and Jolly Roger Punch… not to mention performances from the Bootstrappers and Lucky the Pirate; limited-edition anniversary merchandise available throughout New Orleans Square; and even an appearance by Captain Jack Sparrow himself. “Now git yerselves down to the Disneyland Resort this weekend for a rollickin’ good time, me hearties!”

And don’t forget: the fifth film in the Pirates franchise—Pirates of the Caribbean: Dead Men Tell No Tales—sails into theaters May 26. 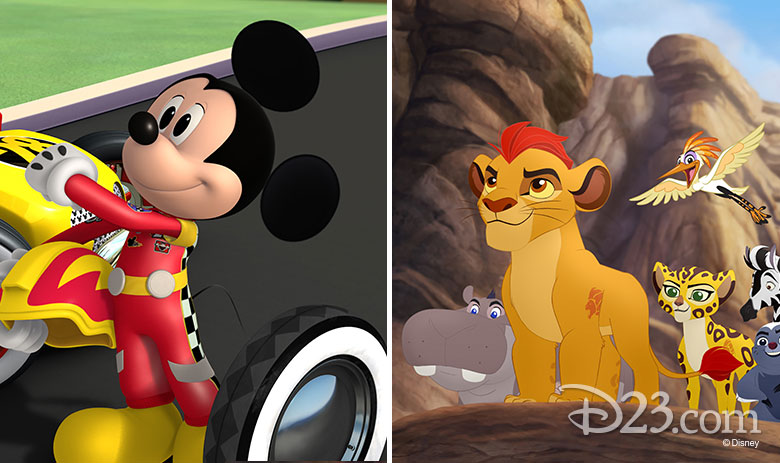 New Seasons for Mickey and the Roadster Racers and The Lion Guard!

Great news, Disney Junior fans! Mickey and the Roadster Racers, the popular new animated series that takes Mickey Mouse and friends to the racetrack, has just been picked up for a second season! Additionally, The Lion Guard—the continuing adventures of Simba and Nala’s son Kion—has been renewed for a fantastic third season. (So much great TV to watch, so little time… )

Mickey and the Roadster Racers is a lively adventure series for preschoolers that takes Mickey, Minnie, Pluto, Goofy, Daisy, and Donald—along with their unique transforming vehicles—through hilarious car-racing hijinks around the world. The Lion Guard follows Kion and his fellow animal pals as they unite to protect the Pride Lands. 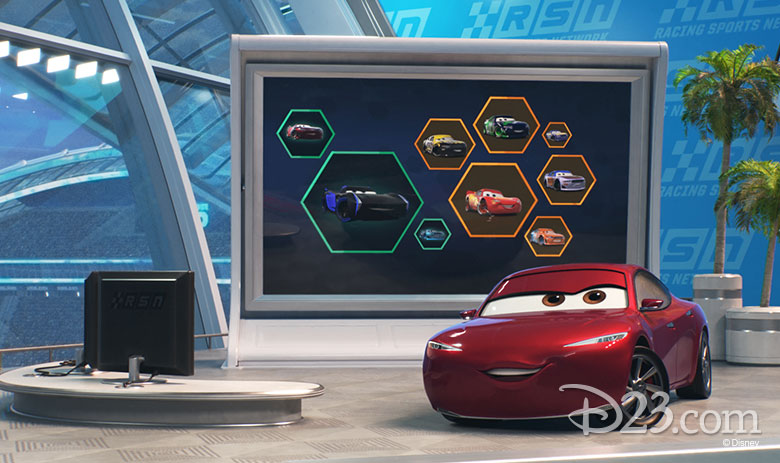 Last Thursday, we introduced you to several cool new characters who are joining our automotive faves in Cars 3, which revs onto a screen near you this summer! There’s a Scandal actress, a Firefly alum, and even a citizen of Litchfield Penitentiary… check ‘em out, and mark your calendars for Cars 3’s big premiere on June 16. 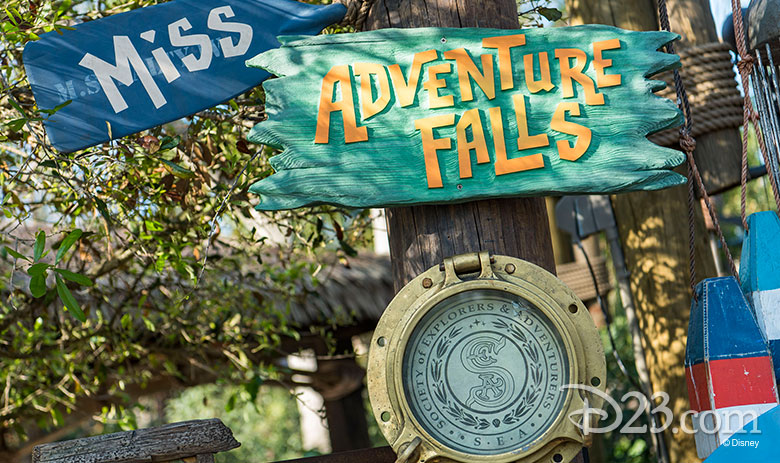 Hoping for some sea-worthy shenanigans during your next Walt Disney World vacation? Splash into major fun at Typhoon Lagoon’s newest family raft attraction, Miss Adventure Falls. We just revealed a special look at the attraction—which introduces buccaneers to Captain Mary Oceaneer from the Society of Explorers and Adventures—this week.

Okay, we’ll admit it—we’re ridiculously excited for the new DuckTales series, coming to Disney XD this summer! Everything we’ve seen and heard so far looks fantastic (we’re huge fans of David Tennant and think he’s a perfect Scrooge McDuck)… so of course we’re obsessing over this fun new clip from the show (above), posted just a few days ago on Disney XD’s YouTube channel.

Can’t wait to see what other adventures Donald, his nephews, and their nutty uncle get roped into? Stay tuned for more info on DuckTales (including a firm premiere date) as it becomes available…

In case you missed it, last week was chockablock with amazing, exclusive sneak peeks into Pandora—The World of Avatar (the newest land at Disney’s Animal Kingdom at Walt Disney World Resort) all over ABC… including Avatar director James Cameron giving The View’s Whoopi Goldberg a fantastic tour of the both the land and some of its brand-new attractions. See Whoopi’s near-speechless reaction to the beauty around her in the clip, above.

Plus, James gave Paula Faris from The View a special tour for a segment featured on ABC’s Nightline. Give it a gander, above.

Pandora—The World of Avatar officially opens May 27. Remember, “Oel ngati kameie” (that means “I see you” in Na’vi).

Go Behind the Scenes with Disneyland’s Main Street Electrical Parade

As you have (hopefully) heard by now, the legendary Main Street Electrical Parade has returned to Disneyland Park for glittering nightly performances through June 18… In this new video from our good friendlies over at the Disney Parks Blog (above), you can see what goes into costuming a Cast Member for their brightly-lit stroll down Main Street, U.S.A.

You’ll hear from Michael Lewis, a Costuming Manager for Disneyland Resort—who explains some of the cool additions they’ve made to the costumes for this encore engagement and talks about how proud he is to work on a parade that holds special memories for him and his family. 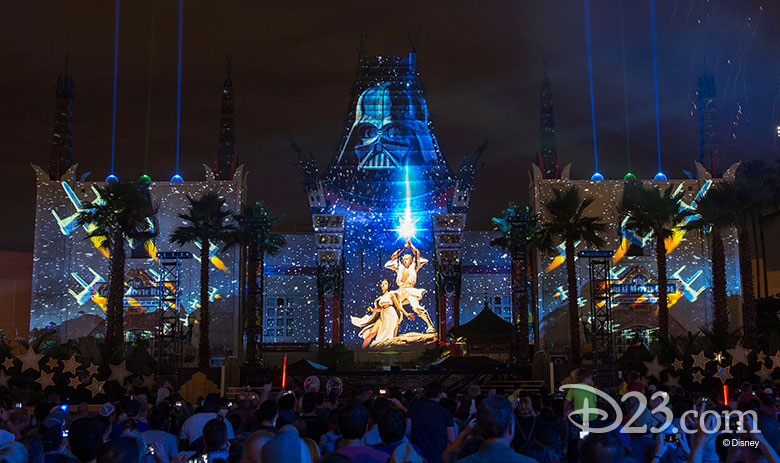 On April 14, a “galaxy far, far away” gets closer than ever when Disney’s Hollywood Studios debuts its latest offering: Star Wars Galactic Nights, a separately ticketed nighttime “premiere party” that combines the glamour of Tinseltown with all your favorite Star Wars adventures. And they’ve just released some new details about what’s to come…

Actress Vanessa Marshall, who costars as Hera Syndulla on Disney XD’s Star Wars Rebels, will host a special “Inside the Saga: Celebrity Chat Show” that takes you behind the scenes of Rogue One: A Star Wars Story. Plus, guests can take part in a thrilling “Seize the Saga Interactive Scavenger Hunt” (which, upon completion, offers a one-of-a-kind keepsake), or can dance the night away at Rebel Base. If that weren’t amazing enough, Darth Vader will lead a battalion of Stormtroopers down Hollywood Blvd.; “Star Wars: A Galactic Spectacular” will light up the night sky; and (drum roll, please), everyone’s favorite new Star Wars droid—BB-8—will make his Disney’s Hollywood Studios debut! 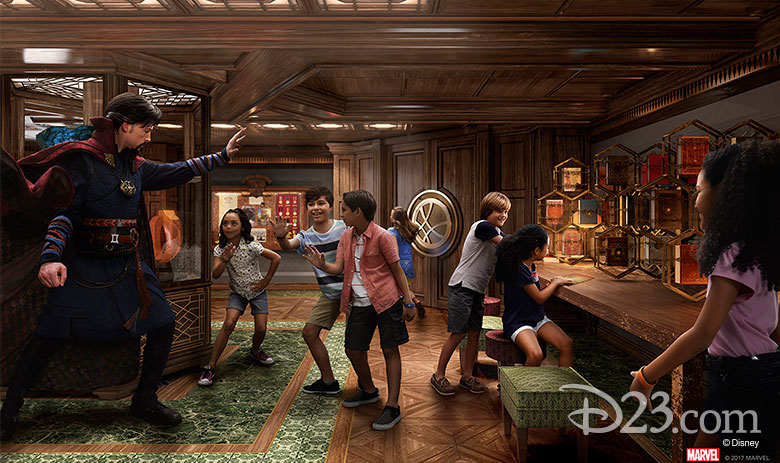 Looking to take a Disney cruise? Got some big Star Wars fans in your family? Then here’s information you’ll want to pass along: Thanks to the Disney Fantasy’s “dry dock” this spring, some truly fabulous new venues and events are coming to Disney Cruise Line’s fourth fleet member.

The Disney’s Oceaneer Club will feature the new Star Wars: Command Post, which will train kids as heroes of the Star Wars saga and offer one-of-a-kind holographic models of the Millennium Falcon and the Death Star. Additionally, the Marvel Super Hero Academy will offer kids the opportunity to learn the values of worthiness and loyalty in a totally cool, innovative space. And we haven’t even mentioned the tasty new food offerings—including the Sweet on You ice cream shop.

These enhancements are closer than you think! Check ‘em out on Disney Fantasy sailings beginning May 17 from Port Canaveral, Florida. For more info, visit DisneyCruiseLine.com.