Home / News / Headlines / The Falcon and The Winter Soldier and WandaVision Get ...
Skip to content

Mark your calendars for several brand-new Marvel Studios adventures, and check out the new music video from ZOMBIES 2 costar Baby Ariel… Read more, along with other news from around Disney, in this week’s news briefs!

Big news, friends and fans: Two of the most highly anticipated Disney+ original series have received their official premiere dates! Just this week, Bob Iger, Chairman and Chief Executive Officer, The Walt Disney Company, revealed that Marvel Studios’ The Falcon and The Winter Soldier will debut in August 2020, followed by WandaVision in December 2020. As previously announced, a third Marvel Studios series, Loki, will debut the following year.

The Falcon and The Winter Soldier follows the events of Avengers: Endgame, with Sam Wilson/Falcon (Anthony Mackie) and Bucky Barnes/Winter Soldier (Sebastian Stan) teaming up in a global adventure that tests their abilities—and their patience. Meanwhile, WandaVision blends the style of classic sitcoms with the Marvel Cinematic Universe in which Wanda Maximoff (Elizabeth Olsen) and Vision (Paul Bettany)—two super-powered beings living their ideal suburban lives—begin to suspect that everything is not as it seems.

In case you missed the incredible first look at all three of these sure-to-be-awesome series, click here to check out D23.com’s rundown of Disney’s additions to the recent “Big Game”—with sneak peeks of all three shows, plus new trailers for Mulan and Black Widow.

It’s the crossover we didn’t know we needed until it happened, and now we can’t imagine life without it… This week, in celebration of the upcoming, highly anticipated Disney Channel Original Movie ZOMBIES 2, Baby Ariel—otherwise known as Ariel Martin, who’s costarring in ZOMBIES 2 as Wynter—released her brand-new music video, “The New Kid in Town,” and it features a very special surprise appearance by none other than Disney Descendants star Booboo Stewart! Check it out, above…

The “The New Kid in Town” video will also be shown during the big Valentine’s Day premiere of ZOMBIES 2—Friday, February 14, at 8 p.m. EST/PST on Disney Channel and DisneyNOW. This monstrous-ly cool comedy features the original cast (including Milo Manheim as Zed and Meg Donnelly as Addison), some exciting newcomers, a ton of new songs, and some killer choreography. Don’t miss it!

“It is with deepest pride and greatest pleasure that we welcome you” to the following news: Not only is Disney+’s breakout hit High School Musical: The Musical: The Series returning for a second season, but they just announced what production the triple-threats of East High’s theater department will be taking on… the Disney Theatricals classic Beauty and the Beast! Find out more by clicking here. 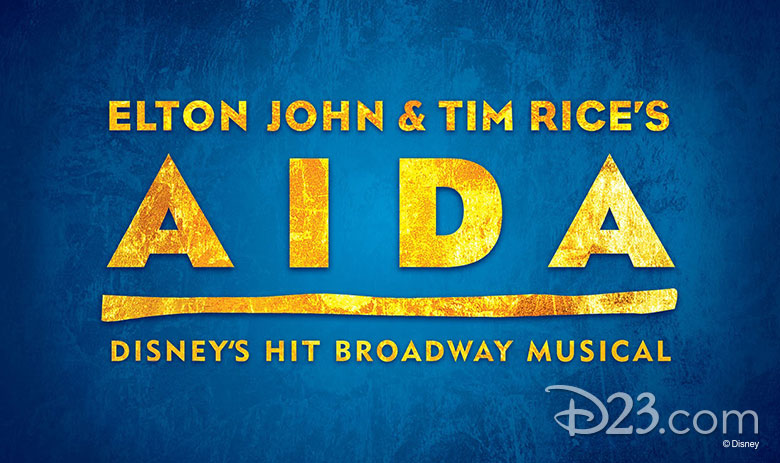 Written In the Stars: New Tour of Aida to Launch on 2021

Speaking of Disney Theatrical Productions (under the direction of Thomas Schumacher), they had some of their own amazing news to announce this week… a brand-new North American tour of Elton John and Tim Rice’s Tony®-winning Broadway smash Aida will head out on the road in 2021, following its premiere engagement at New Jersey’s Paper Mill Playhouse from February 4 to March 7 of that year.

The production will play Charlotte, Chicago, Fort Worth, Kansas City, Los Angeles, Nashville, Philadelphia, and Washington, D.C., among other cities to be announced. Updated and re-imagined, this new production—directed by Schele Williams, a member of the original Broadway cast, and choreographed by Tony Award nominee Camille A. Brown—retains the beloved Tony and Grammy®-winning score and features a book revised by David Henry Hwang, who co-authored the acclaimed original production with Linda Woolverton and Robert Falls. Additionally, the original Tony-winning design team of Bob Crowley (scenery and costumes) and Natasha Katz (lighting) will reinterpret their designs in the retelling of this passionate and timeless story.

And there’s one more piece of Broadway-related news this week, that may or may not have made us positively elated (spoiler alert: it did)—Hamilton is coming to the big screen in 2021, courtesy The Walt Disney Studios! We’ll get to be in “the room where it happened” like never before; read up on what you can expect, and hear from creator and star Lin-Manuel Miranda, by clicking here.