In celebration of D23’s 10th anniversary, we’re unboxing the magic once again by taking a closer look at all the exclusive goodies our Gold Members have received over the years. From limited-edition lithographs to rare reproductions, D23 Gold Members have amassed quite a collection! 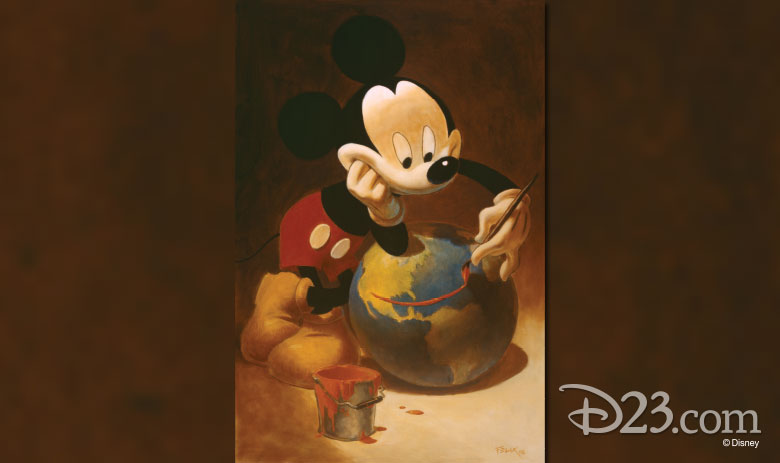 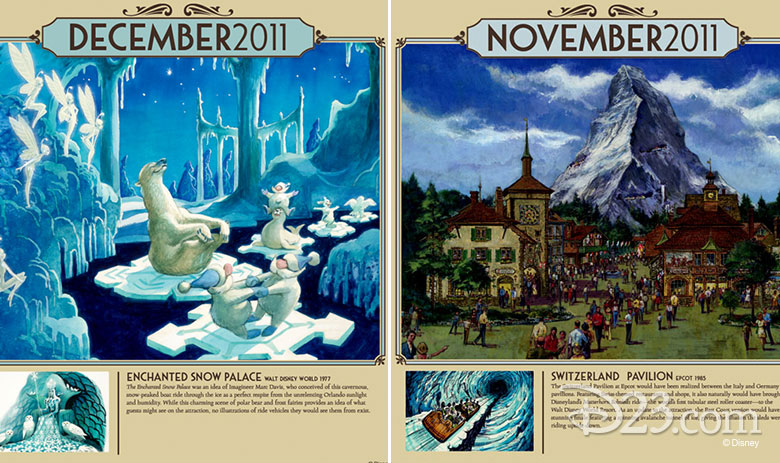 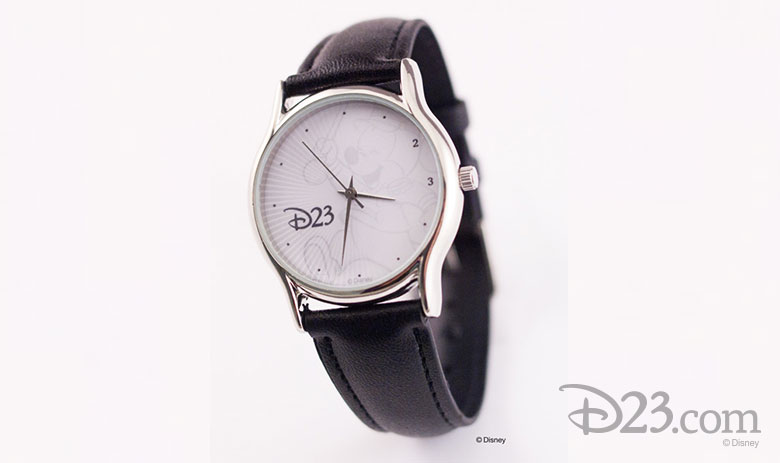 2011
The time was right to give members a classic analog watch featuring bandleader Mickey Mouse. 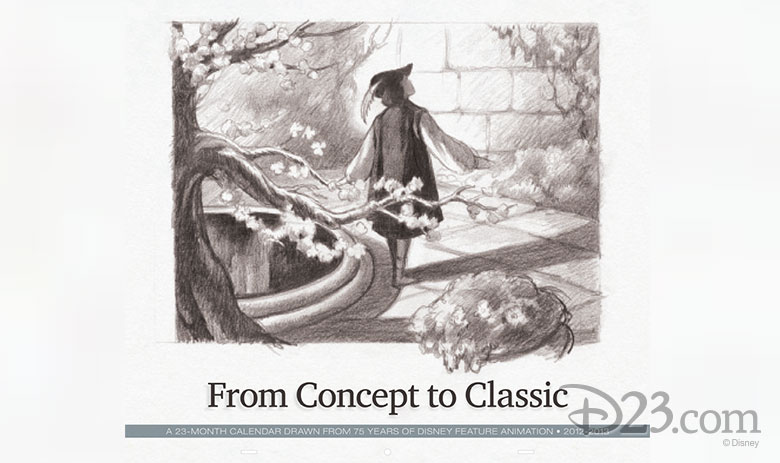 2012
Members traveled back in time—albeit temporarily—with a 23-month calendar highlighting 75 years of Disney feature animation, celebrating the art of Mary Blair, Tim Burton, Albert Hurter and others. The concept art, not all of which had ever been shown publicly before, celebrated old and new films like Pinocchio, Dumbo, The Artistocats, Robin Hood, Pocahontas and Tangled. 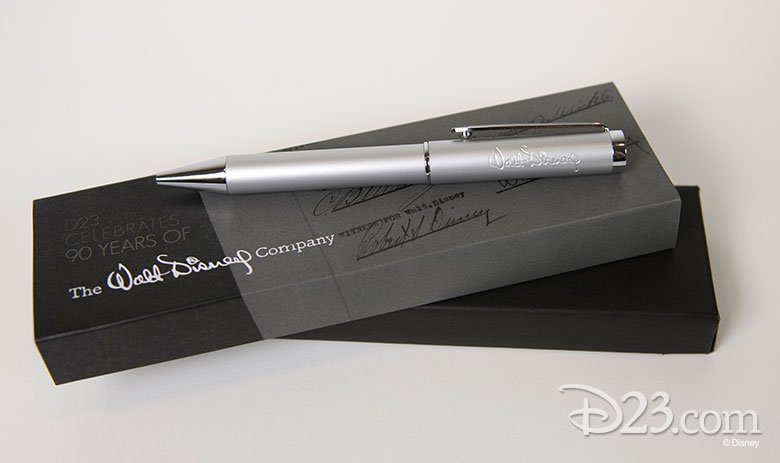 2013
This gift was all “write!” Members received a stylish pen, featuring the likeness of one of Walt Disney’s early signatures. It was similar to the one he and Roy Disney used to sign a contract with film distributor Margaret J. Winkler, marking the beginning of The Walt Disney Company 90 years before. 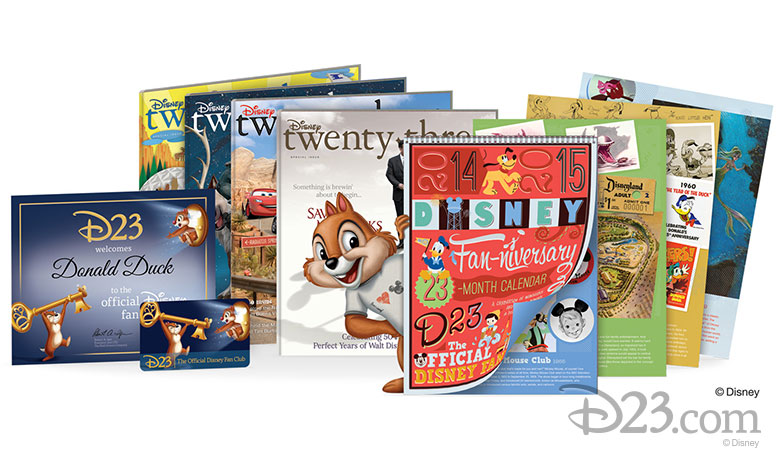 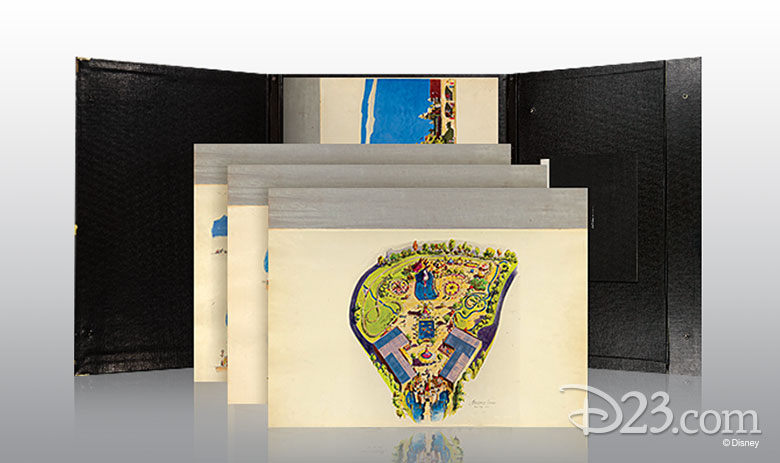 2015
To celebrate the 60th anniversary of Disneyland Park, members were mailed an exclusive reproduction of the pitch portfolio used to sell the park to prospective licensees on the East Coast. More than 20 pieces of concept artwork from Bruce Bushman, Peter Ellenshaw, Harper Goff and Herb Ryman were recreated from the Walt Disney Archives collection—and, as an added surprise, select members also got their hands on an autographed card from Disney Legend Dave Smith, founder, Walt Disney Archives. 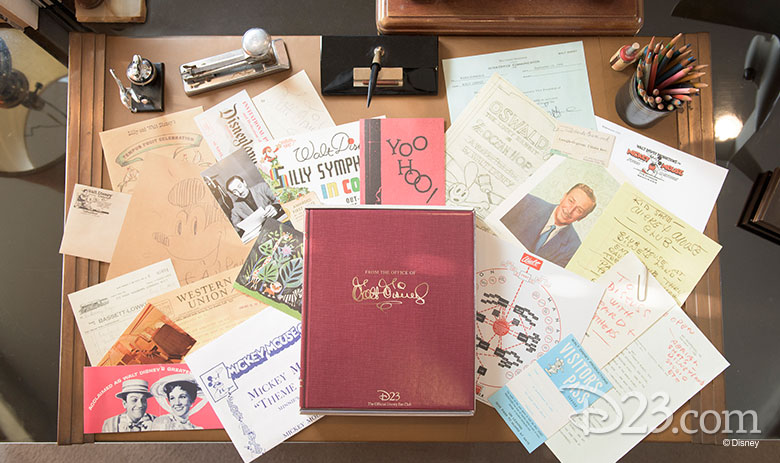 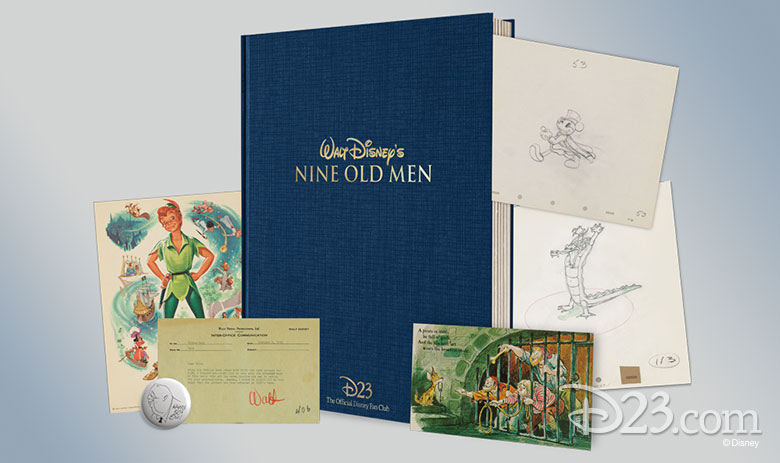 2017
Members received a tribute to some of the most creative artists in filmmaking history: Walt Disney’s Nine Old Men. The collection was created in partnership with Walt Disney Archives and Disney’s Animation Research Library, and filled with reproductions of 23 unique treasures, like a Snow White and the Seven Dwarfs Premiere Police Pass, a Peter Pan “Fan Card,” The Artistocats Promotional Handbill, Eric Larson’s 50th Anniversary Pinback Button, a Disney Animation Recruitment Brochure and a Disney Legends Award Ceremony Program (1989). 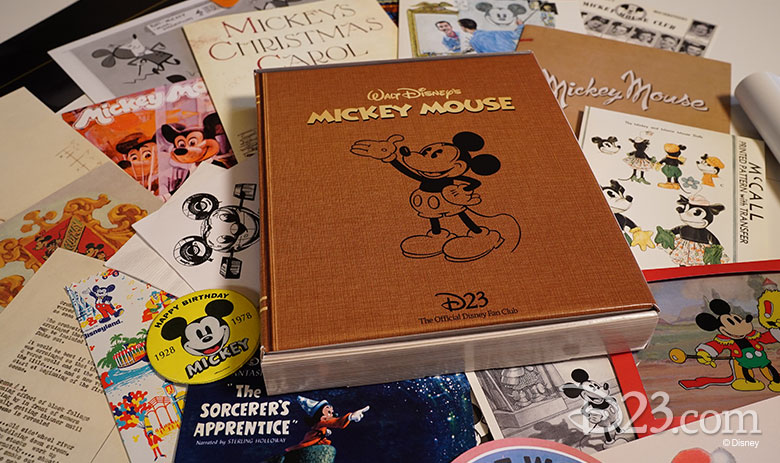 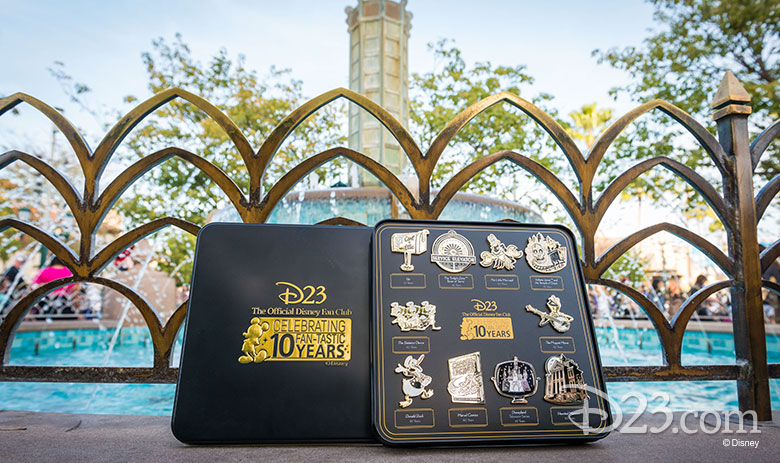 Now’s the time to join or renew as a D23 Gold or Gold Family Member to collect this year’s gift!