As we eagerly prepare for our “Mostly Ghostly” Halloween celebrations, let’s take a look at the ultimate supernatural soirée of silly spooks that’s been waltzing inside Disneyland’s Haunted Mansion for 50 years. Who knew the hereafter could be so much fun?

After five decades of playful ghosts—just one shy of a thousand!—swinging wakes, and a never-ending poltergeist party, how well do you know your Haunted Mansion trivia? Gaze into your crystal ball and see how many of these phantasmagorical facts you can muster. Make sure to scroll down for the answers, and to see how far down your Haunted Mansion knowledge reaches!

1. One of the earliest concepts of a haunted house at Disneyland, depicting a spooky house at the end of Main Street, U.S.A, was created by what Disney artist in 1952?
A) Rolly Crump
B) Harper Goff
C) Yale Gracey
D) Marty Sklar

2. The final exterior for the Haunted Mansion is heavily influenced by what well-known house?
A) The Sauer Castle in Kansas City, Kansas
B) The Winchester Mystery house in San Jose, California
C) San Simeon’s Hearst Castle in San Luis Obispo County, California
D) The Victorian-era Shipley-Lydecker House in Baltimore, Maryland

3. Even though the Haunted Mansion exterior was built between 1962-63, what was one of the major reasons it took until 1969 to open the attraction?
A) Walt Disney and his Imagineers were busy with the 1964-65 World’s Fair
B) Resources had to be reallocated to help the war effort
C) The whole Studio was working on Blackbeard’s Ghost
D) Walt was not happy with the storyline of the hatbox ghost

5. What is the name of the far-from-blushing bride in the attic of the Haunted Mansion?
A) Leota
B) Aunt Lecretia
C) Constance
D) Ambrose Harper

6. What other prominent spot inside the Mansion do guests also see the Bride from the attic?
A) Inside the Grand Ballroom, dancing happily alone
B) In the stretching portrait chamber, atop her husband’s tombstone
C) See-sawing in the graveyard with husband number six
D) Playing the pipe organ in the Grand Ballroom

7. The pipe organ seen in the ballroom was featured in what live-action Disney film?
A) The Shaggy Dog
B) 20,000 Leagues Under the Sea
C) Treasure Island
D) Darby O’Gill and the Little People

8. What is the name of the real-life singing group who voices the Phantom Five singing busts?
A) The Spirited Five
B) Ghostly Crooners
C) The Mellomen
D) The Ravenscroft Singers

9. Thurl Ravenscroft, the voice of Uncle Theodore in the Phantom Five singing busts, voices what other character in another Disneyland attraction?
A) The Judge in Mr. Toad’s Wild Ride
B) Grumpy in Snow White’s Scary Adventures
C) Geppetto in the Pinocchio’s Daring Journey
D) Tangaroa in Walt Disney’s Enchanted Tiki Room

10. What is the name of the of the ghost, which is based on a story by Charles Dickens, that swings from the chandelier in the Grand Ballroom?
A) Pickwick
B) Fezziwig
C) Mr. Jaggers
D) Jacob Marley

0-2/10
Foolish mortal—just kidding! A few more visits with the happy haunts will get you better acquainted—hurry back!

3-4/10
Is it our imagination, or is your knowledge actually stretching? You must be getting your information from somewhere beyond—keep with it!

5-6/10
Don’t rest in peace yet—your insight is giving us hot and cold running chills! A few more correct answers and you’ll be a regular ghost host.

7-8/10
Your genius is beginning to materialize—there’s no turning back now! You’re just a couple tombstones away from a full graveyard—almost there!

9-10/10
You’re clearly clairvoyant! Time to join the rest of the bright spirits at the swinging wake and celebrate. 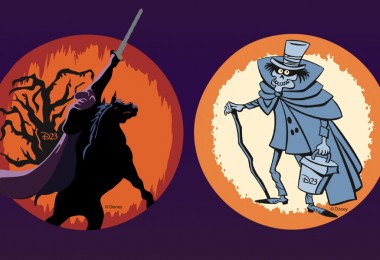 Add These Spooktacular Cutouts to Your Disney Halloween Décor 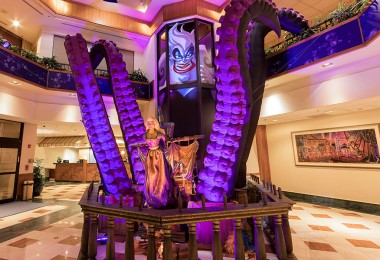 How to Celebrate Halloween at Disneyland without Leaving Your Hotel 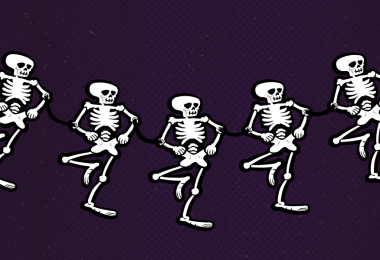