In 1966 Floyd Norman was a budding animator who suddenly found himself quite unexpectedly elevated to a story role on The Jungle Book (more on that later). With the release of the live-action The Jungle Book just around the corner, the Disney Legend was kind enough to visit with D23 recently and give us an inside look at the making of this classic Disney film.

Floyd utterly transfixed us (think: Kaa mesmerizing Mowgli!) with his inside stories and candor, his kindness and hilarious self-deprecation. At 80, Floyd may be older than Walt (“The Old Man”) ever was, but he retains an effervescence and mischievous spirit that still make him seem younger than many half his age. “What is it Satchel Paige said?” he tells me at the end of our interview. “How old would you be if you didn’t know how old you are?” 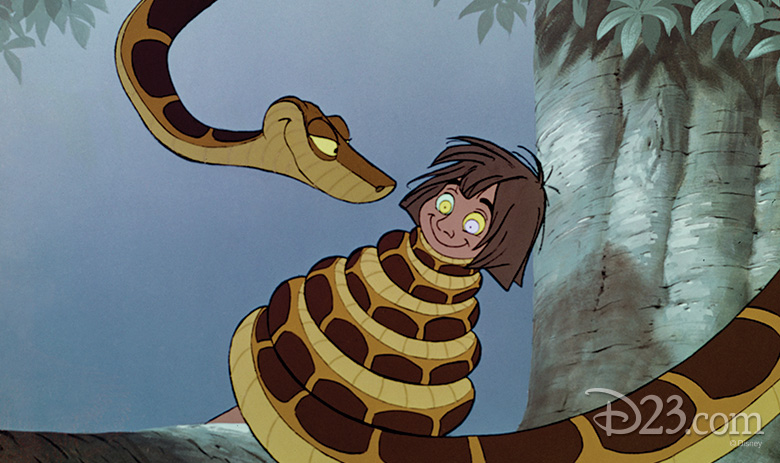 Here are 9 wild stories from Floyd about the making of The Jungle Book.

1. Batman v. The Jungle Book?
“I remember when Walt was looking at Bill Peet’s storyboards once, and he said, ‘These remind me of Batman!’ I’m thinking… Walt reads Batman? But the boards were so dark, murky, and mysterious. What Walt wanted was a film that was light, fun, and entertaining with happy songs—good stuff, fun stuff. He didn’t want to go anywhere near darkness.” 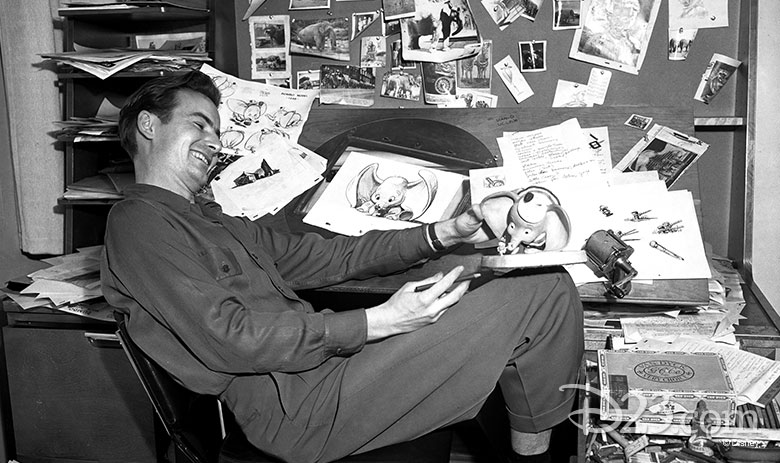 2. When it came to The Jungle Book, Walt and Bill Peet didn’t see eye to eye.
“It came down that Walt wasn’t satisfied with the sketches and story Bill Peet had come up with. He and Bill would have these shouting matches. And apparently they happened on a regular basis. Bill Peet had been at Disney since the 1930s! What a career! And he and Walt fought and argued about everything. Bill was an amazing guy, though.

“Back then, a story guy was a writer and an artist. They were involved in the music and the voice casting—they almost acted as a producer. So a lot of The Jungle Book was what Bill wanted it to be. So you can imagine how he felt when Walt said he didn’t like it. That meant that Walt was dissatisfied with his music choices, the storyline, and the characters. That’s why songwriter Terry Gilkyson was let go. He was Bill’s choice, too. Walt decided to go with the Sherman brothers.

“Once Bill Peet walked out in 1966, he never returned. Walt never fired him. Bill just walked out of the studio and never came back.” 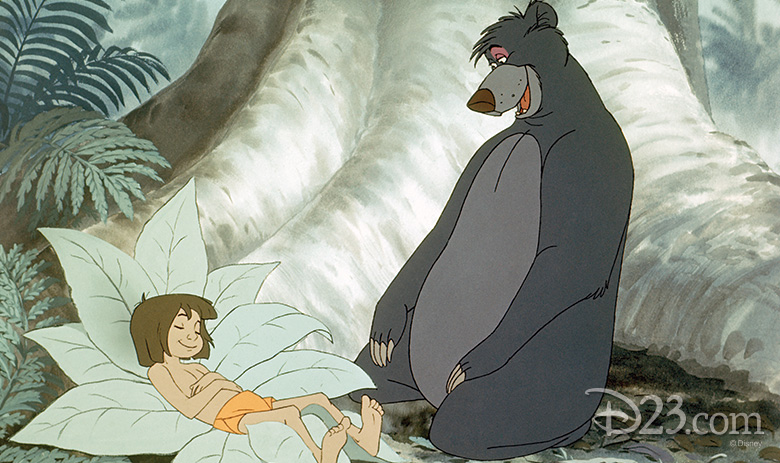 4. How Floyd ended up in the story room with Walt Disney.
“This was totally unexpected. One Friday afternoon, my boss, Andy Engman, who was in charge of animation, called me in and said, ‘Pack up your office. You’re moving upstairs to C Wing.’ This came totally out of nowhere. So I said, ‘Why am I going to C Wing?’ And Andy said, ‘Because you’re going to work on story for The Jungle Book.’

“To get into the Disney story department was a long, hard slog. A lot of guys wanted to get into the story department. You had to submit storyboards, script ideas—you basically had to prove yourself worthy of getting into story. Not only did I not want the job, I didn’t ask for it! How does this happen?

“I thought about it. And then I realized I had been drawing gags for years at the Studio. Just for fun. Gags of my friends, of my colleagues, and the old guys. I had cartoons all over the Studio. Well, guess who roamed the Studio at night? Walt Disney. And he saw those gags. And he probably said to one of his aides, ‘Who the heck is doing all these gags?’ And they probably said, ‘Oh it’s that kid downstairs in animation.’ And Walt probably said, ‘Put him in story.’

“You didn’t just go from animation to story in one fell swoop. Only one guy could make that happen. The Old Man. Walt Disney.” 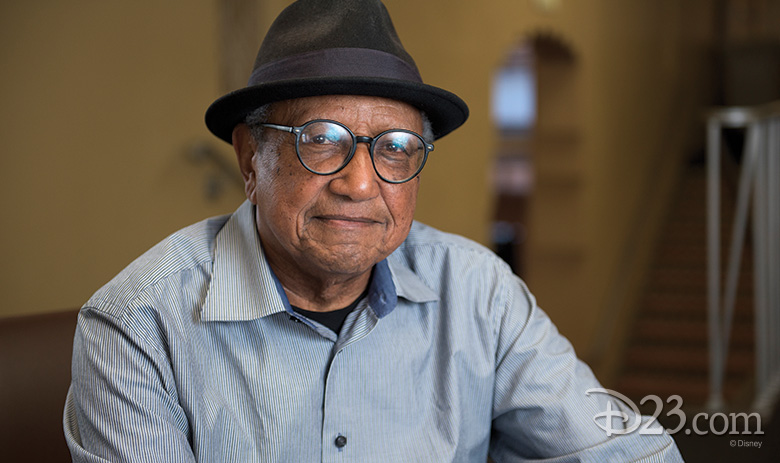 5. The Floyd Norman advantage.
“I thought I was going upstairs to be an intern—watching the guys work and learning the ropes seeing how the whole process works out. Oh no. Monday morning they said, ‘Here’s your sequence!’

“I had one advantage. For years I had been reading Disney comics. Watching Disney movies. Listening to Disney records. Disney was in my DNA. So when The Old Man had a meeting with us at one of our early story meetings and would say, ‘I don’t like this stuff, I don’t like this story.’ But he wouldn’t tell us what he did like. He would say, ‘Guys, give me some good stuff.’ And I knew what that was. I knew about character, personality, and fun, that the humor has to come out of the character, and that it just can’t be tacked on. And I got that, because I had literally grown up on it. So what might have been a difficult job for some people turned out to be a fairly easy job for me.

“That was validated when we had our first Jungle Book story meeting with Walt. We showed the boards to Walt, and we were all thinking, I hope we don’t have a repeat of Bill Peet here. And Walt looks at the boards and says, ‘That’s more like it.’ So then I knew we were on the right track.”

6. No one knew that Walt was sick.
“None of us knew during the making of the film that Walt was sick. He worked with the usual vigor and enthusiasm. You would never think Walt was a dying man in 1966. He never came across as faltering or that his health was failing. We never got that. I think that’s why his passing was a shock to all of us. He was grumpy, he was always grumpy—grouchy, grouchy Walt—but that was just the way he was every day. We never knew of his illness.” 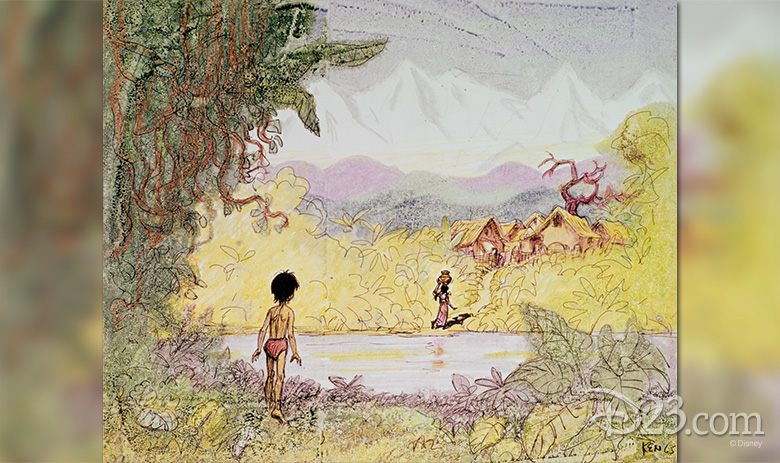 7. They didn’t have an ending.
“We knew Mowgli was going to go back to the Man Village in the third act, but we didn’t know how we were going to get him back there. Why does he give up on his dream of staying in the jungle and go to the Man Village? Well, one day Walt says, ‘He sees a little girl.’ So naturally, all of us say, ‘Give me a break! He’s not even 11 years old, he doesn’t have any interests in girls.’ And Walt said, ‘Do it. It will work.’ And he was right. It works. You never think of Mowgli being a kid. He sees the girl. The girl is enticing. And he follows her. Maybe it’s just curiosity. He had never seen a girl before. It’s charming. It’s cute, and it’s our ending. Your solutions to problems in films sometimes are very simple. It was a simple solution that we thought was to a complex problem. Walt was an excellent story editor. He didn’t always solve all your problems for you, but he would set you off in the right direction.”

8. Walt didn’t care about the box office.
“We never thought in terms of making The Jungle Book a box office smash. Today everyone thinks about the opening weekend box number. We just wanted to finish the movie. We were just thinking about making Walt happy. If the picture was a flop and Walt was happy, then we were happy. Walt knew that if he had a good picture, it would eventually earn its money. He just moved forward. When we finished Sleeping Beauty in 1959, and the reviews were mixed and the audiences didn’t flock to see it, Walt didn’t care. He knew the audience would appreciate the film eventually. He just said, ‘We’re going to do this dog picture next.’ [One Hundred and One Dalmatians]. And that’s the way Walt was after The Jungle Book.”

9. Floyd and his grandmother’s dreams came true.
“My grandmother was my real champion who really knew that I wanted to get into Disney. She really knew that was my goal. She was a huge help in helping me get here… just by supporting my dream and understanding my dream. A lot of parents couldn’t understand it. They thought, What is animation? Is that a real job? Can you make a living doing that? But my grandmother was always extremely supportive. But by the time I got my job at Disney, she was dying of cancer. The weekend before I started at the Studio—that very weekend—I was able to go to my grandmother’s bedside and tell her that I’d been hired by Disney. And she died that very weekend. Sounds like a scene from a movie, but that’s my life. My life is kind of like a movie.” 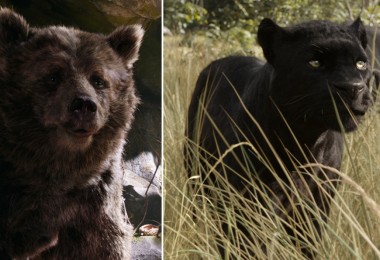 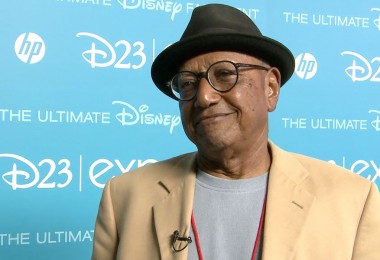