World of Motion, an opening-day attraction at EPCOT, provided Guests with a fun-filled look at the history of transportation. Former Disney animator and train-enthusiast Ward Kimball came out of retirement to lend his characteristic sense of humor to the attraction’s action. As an art director, Ward helped shift the initial concept of a primarily screen-based attraction to one incorporating a large cast of Audio-Animatronics® characters and set pieces. In fact, at the time of its opening, World of Motion featured the largest number of Audio-Animatronics® figures featured in any attraction to date, not only including human characters but also pigs, alligators, zebras, and even a fanciful sea serpent! 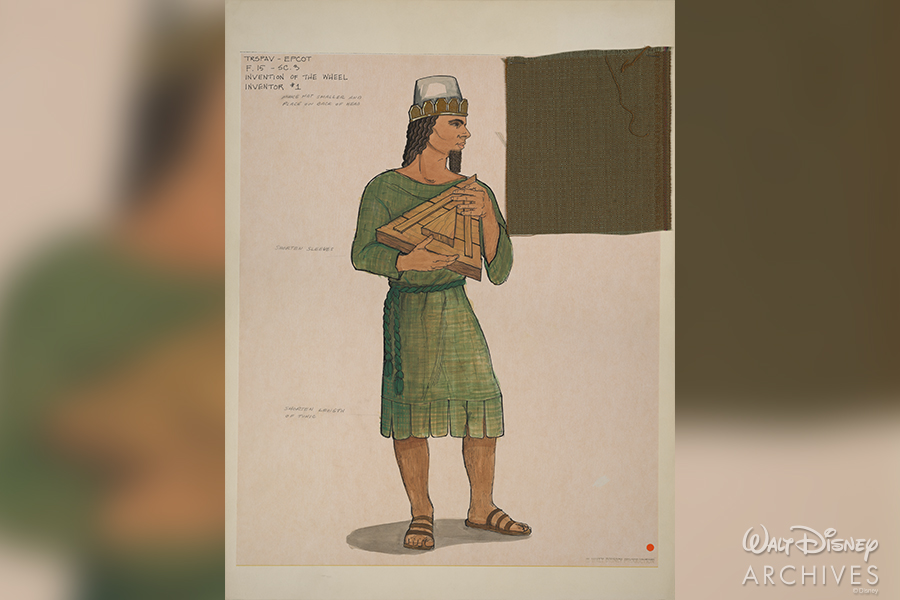 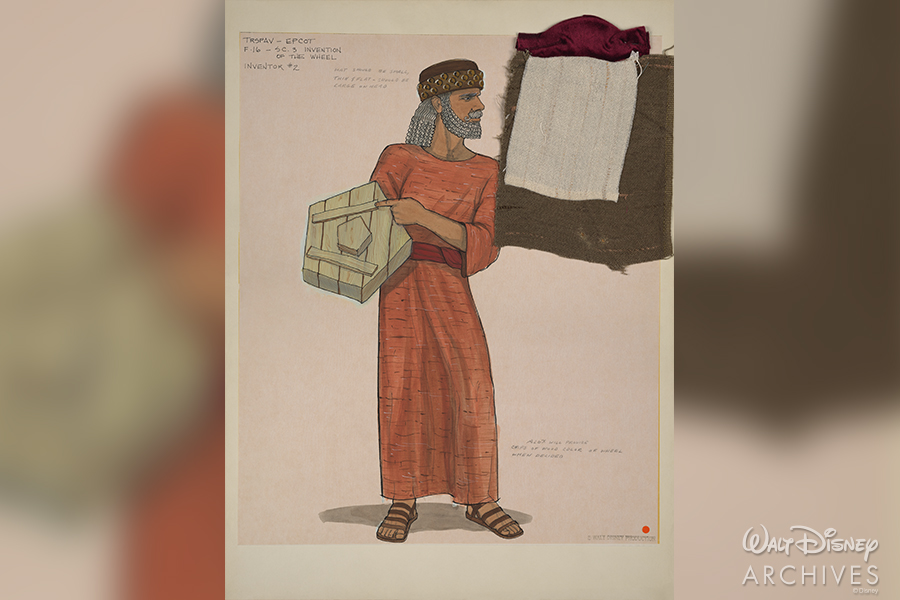 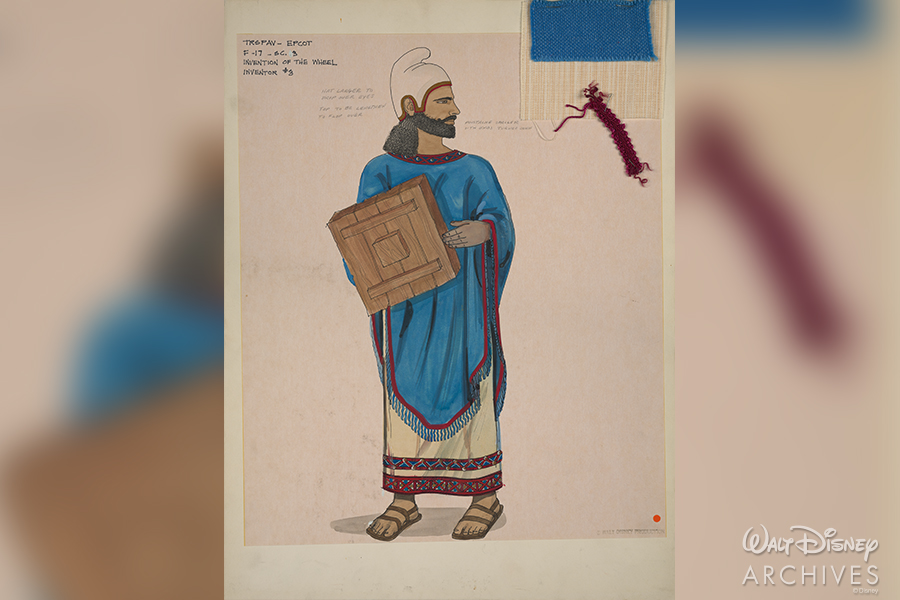 The “Invention of the Wheel” scene provided great gag opportunities as these characters showed off their not-so-successful concepts.

Marc Davis, a former animator and one of Walt’s Imagineers, created earlier gag concepts for the attraction and spoke to the importance of costume design as a comedic tool:

“If you go through the history of fashion from the very beginning, you’ll find that certain styles stand out from the others. These are styles that enhance or articulate the human figure; they don’t impede it. The ones we get the biggest laugh out of are those which defy the human figure. A costume for a comic character will always defy, to a degree, logical anatomy. We look at these things and think they are funny—and they will remain funny because of their relationship to something that is real.”—Marc Davis, as quoted from Pete Docter and Chris Merritt’s Marc Davis in His Own Words: Imagineering the Disney Theme Parks (Disney Editions, 2019). 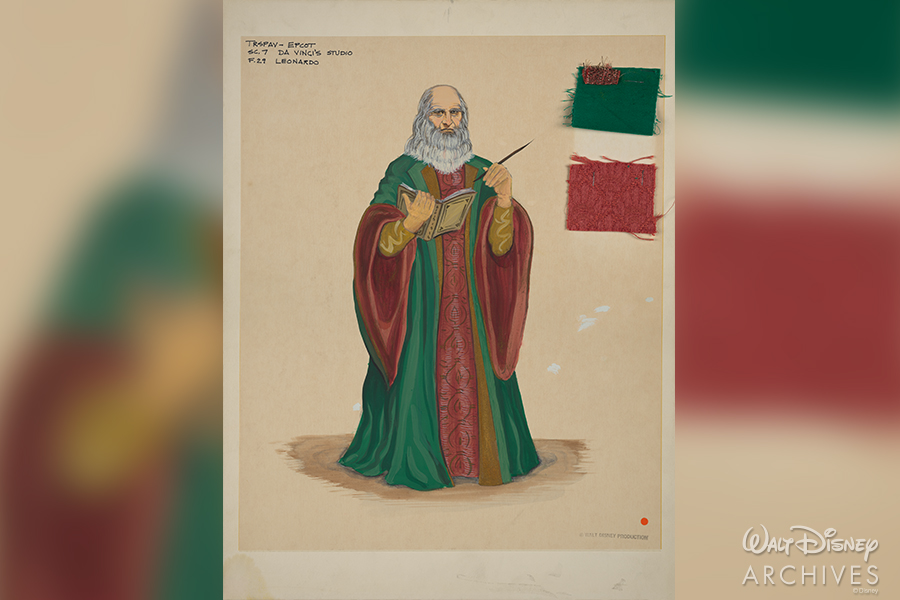 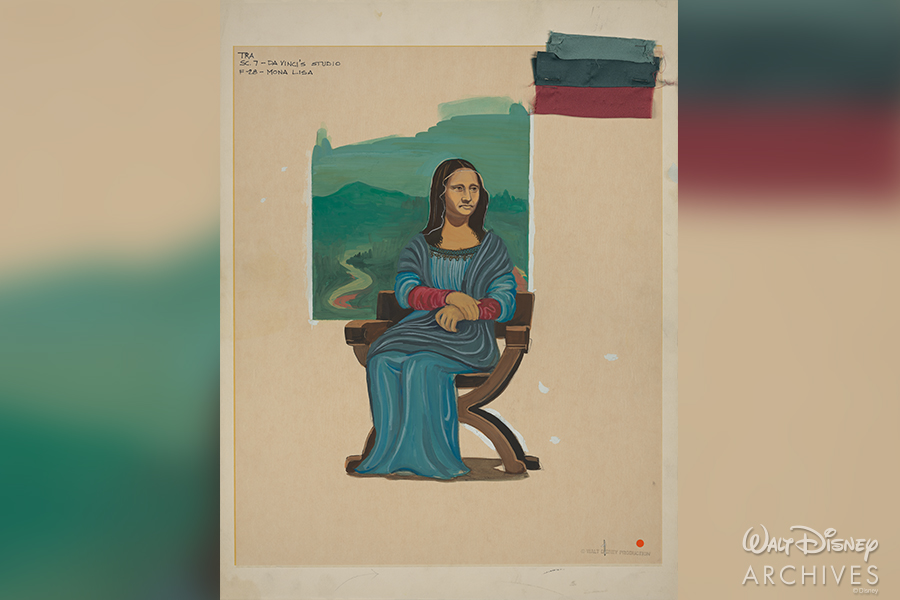 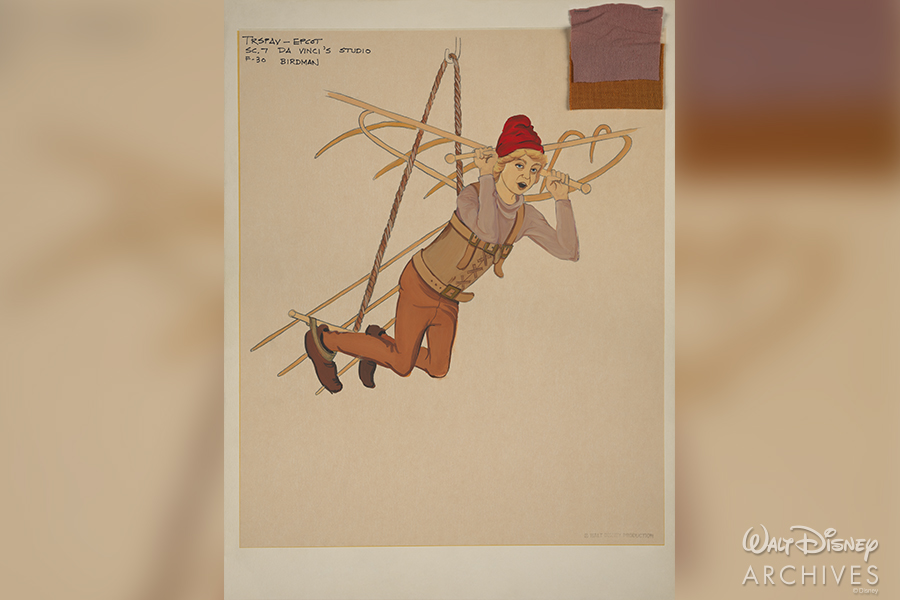 Audio-Animatronics® costumes for World of Motion showcased stylistic elements from periods throughout history, as seen from these Renaissance-inspired designs.

As part of the planning for parks and resorts experiences, concept illustrations for costume designs are often made, and sometimes feature accompanying swatches of fabrics to help better visualize the creative direction of a look. These concepts can go through a series of revisions and often have interesting notes or approval marks, indicating their important role in the design process prior to the creation of the final garment. 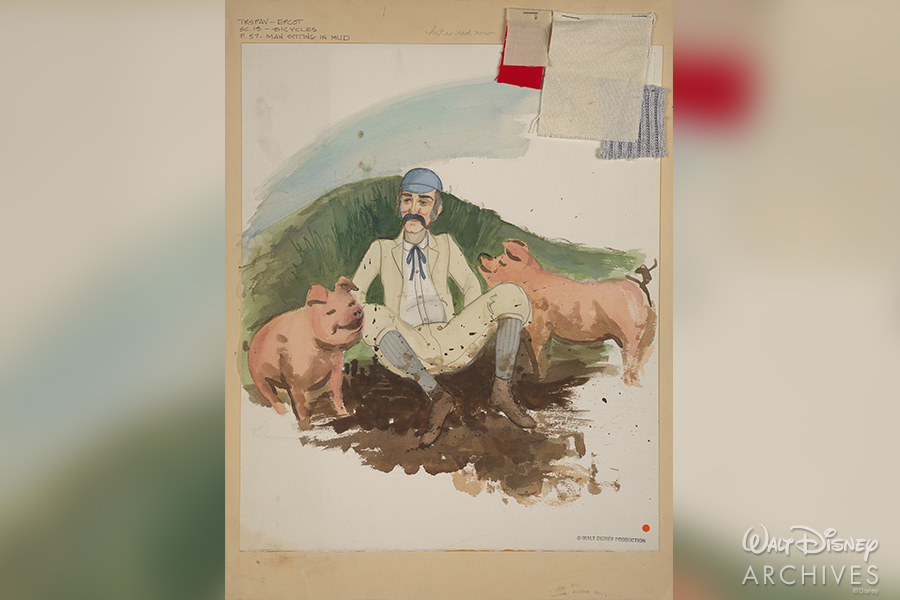 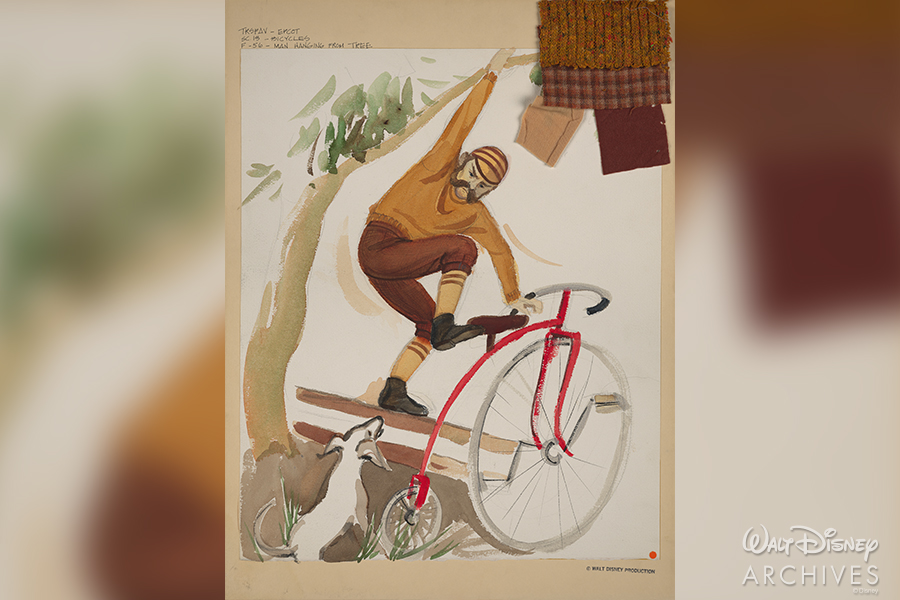 Textile swatches, like those attached in the top right corners here, helped provide additional reference for the final look, and often showcased a variety of different types of fabrics.

The well-dressed Audio–Animatronics® cast of World of Motion brought the history of transportation to life, entertaining Guests with their humorous antics for more than a decade. Today, Test Track continues the tradition of exploring the world on the go by providing Future World Guests with the opportunity to design a virtual concept car for a thrilling test ride, proving that it’s still fun to be free, and to be on the move!