Home / News / D23 Exclusive / Everything You Should Know About Thor and his Friends ...
Skip to content

The God of Thunder is back in Marvel Studios’ Thor: Ragnarok, which hits theaters on November 3. And he’s bringing along a new cast of colorful characters who are ready to Ragna-rock the house! We haven’t seen Thor and Bruce Banner since Avengers: Age of Ultron, and Loki’s last appeared in Thor: The Dark World, but they’re back for Marvel Studios’ latest blockbuster. And although a lot has happened since Thor’s last solo outing, don’t worry, we’ve put together this handy guide. Before you see Marvel Studios’ Thor: Ragnarok in theaters, here is what we know about the characters so far—and what to watch out for as the story unfolds. 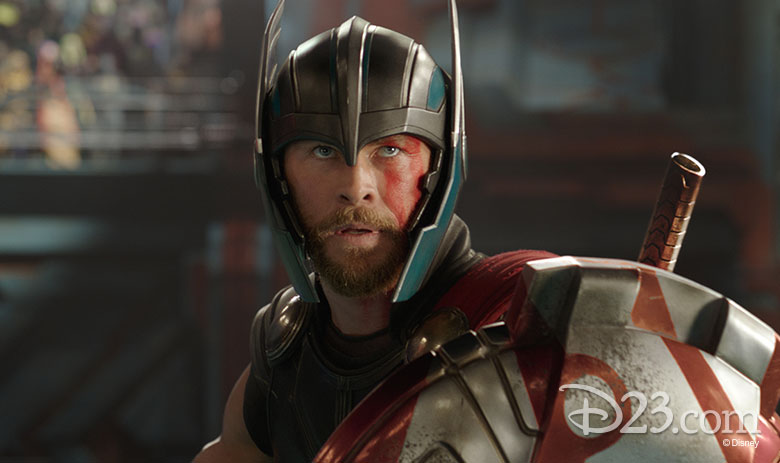 Thor:
Say goodbye to the long, golden locks—Thor has a new look and a new battle to fight! The last time we saw our Asgardian warrior, he was leaving the Avengers to learn the truth about the Infinity Stones, but now he finds himself at a crossroads, vulnerable without his hammer, his kingdom, or his fellow Avengers. Chris Hemsworth, stepping into the hero’s boots once more, enjoyed the challenge of a vulnerable Thor for this film. “It was about stripping him back physically, but also emotionally, in order to rebuild him… or have him rediscover something,” Hemsworth says. “So that is a great way to break him down.” 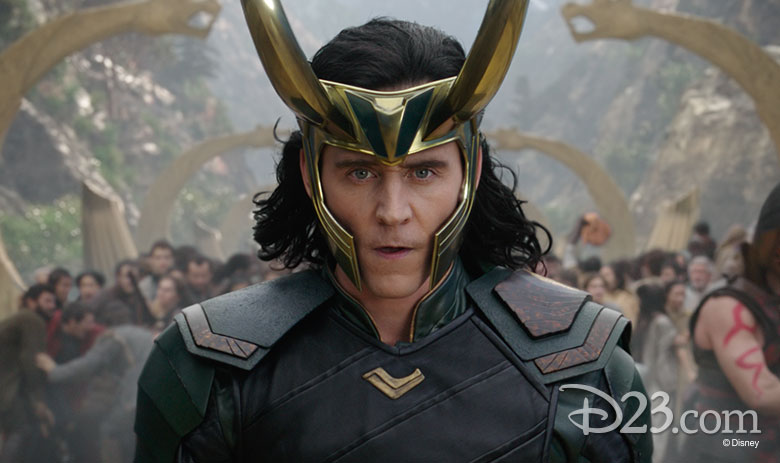 Loki:
In Marvel Studios’ Thor: The Dark World, the God of Mischief pulled off the biggest trick of all time—fooling Asgard into believing that he was Odin! “He starts off as the happy king who has gotten what he wants,” says Tom Hiddleston, returning as Loki. “What he comes to realize is that whether he’s actually in charge of Asgard or not, he really could not fathom the things his father was doing to protect the universe.” Hiddleston also said this will be Loki’s “most demonstrably physical” film, allowing him to show off his battle prowess rather than just being swung around by the Hulk. 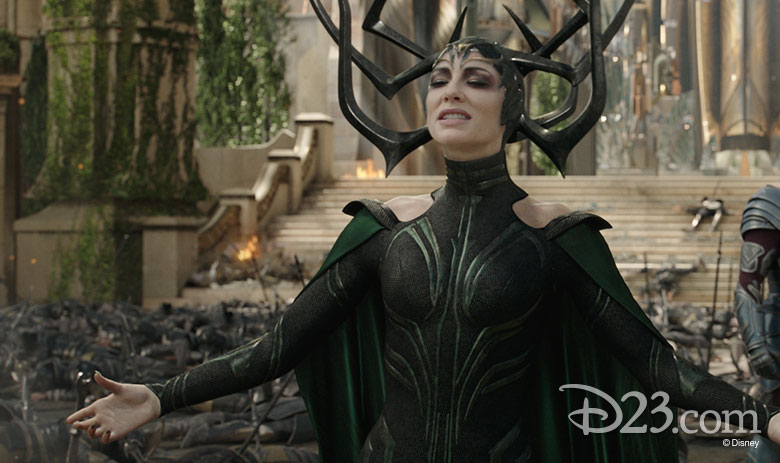 Hela:
As the first lead female villain of the Marvel Cinematic Universe, Hela, the Goddess of Death, wreaks vengeance and wrath on Asgard. Audiences are in for a roller-coaster ride with Hela, who boasts power unlike anything else in the Nine Realms—she even manages to part Thor from his hammer with very little effort. Oscar®-winner Cate Blanchett found excitement in bringing the new villainess to life. “She’s not simply sinister,” Blanchett says. “There’s a bit of mischief in there—and playfulness.” 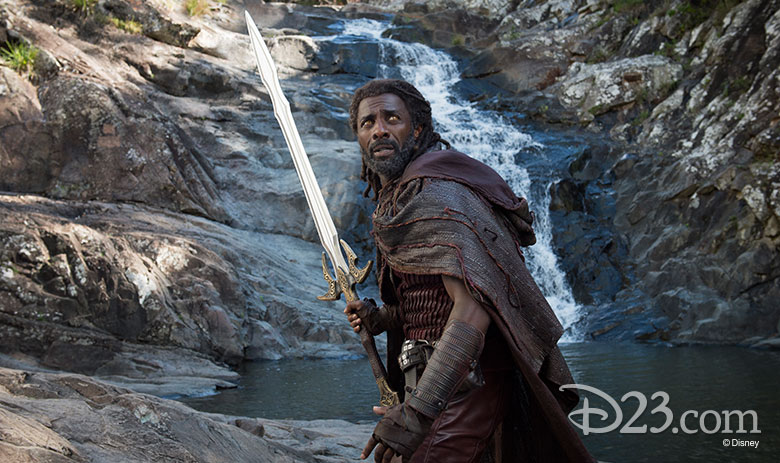 Heimdall:
When Heimdall went to battle in Thor: The Dark World, screenwriter Craig Kyle defined him as a “gunslinger.” Now, in Thor: Ragnarok, executive producer Brad Winderbaum says that Heimdall’s role is “a kind of elder statesmen,” guiding our heroes. “Heimdall… is a character who predates Thor and Loki from an older era of Asgard,” Winderbaum says. “Here, we find him in self-exile as a warrior fighting from the Asgardian wilderness.” 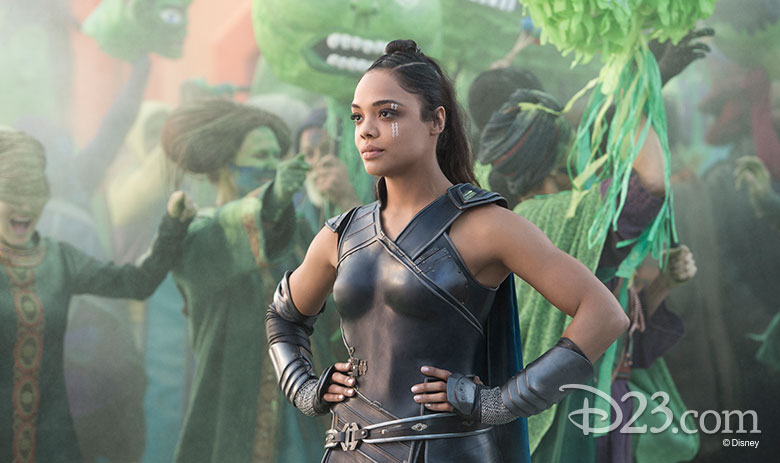 Valkyrie:
Valkyrie is a galactic scavenger who discovers Thor after Hela’s takeover and brings him to the arena on Sakaar. Though her old life is in tatters, Valkyrie is a character who can stand shoulder-to-shoulder with Thor and has the potential to become, according to Winderbaum, “a pivotal force in the Marvel Cinematic Universe.” Tessa Thompson, who plays Valkyrie, describes her relationship with Thor as “testy” yet important. “I think the attraction for both of them has to do with really meeting their equal,” Thompson says. “They’re both fighters. They’re both people with an internal moral compass. They are both people who have left home… and responsibilities behind. [Valkyrie]’s left Asgard behind because it caused her too much pain.” 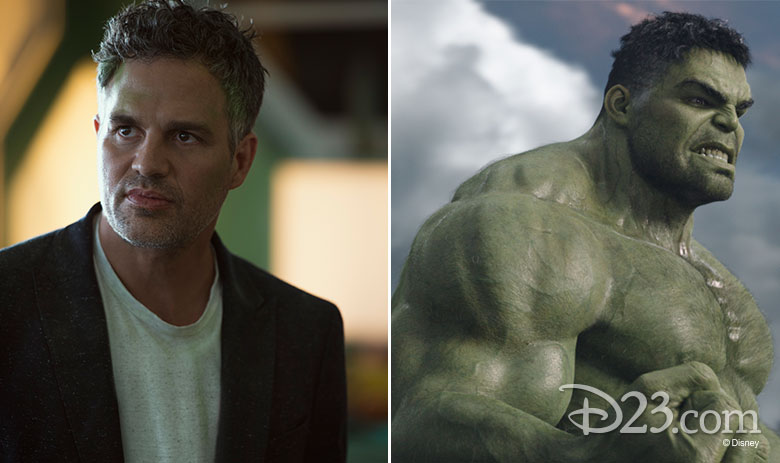 Bruce Banner/The Hulk:
Banner seemed to have disappeared after the battle of Sokovia—until Thor stumbles upon the Hulk as a gladiator in Sakaar’s arena. Actor Mark Ruffalo says that Banner has been taking the back seat to Hulk for almost two years, and that time allowed for some rewiring. “During this time, all of the traumatic things in his life that have been making him afraid, making him doubtful… have been erased,” Ruffalo says. “So when he wakes up he’s like an 8-year-old or 12-year-old boy.” Director Taika Waititi agrees, saying, “To me, the old Banner died and was rebirthed into this new, energetic, wide-eyed and very adventurous and curious Banner.” 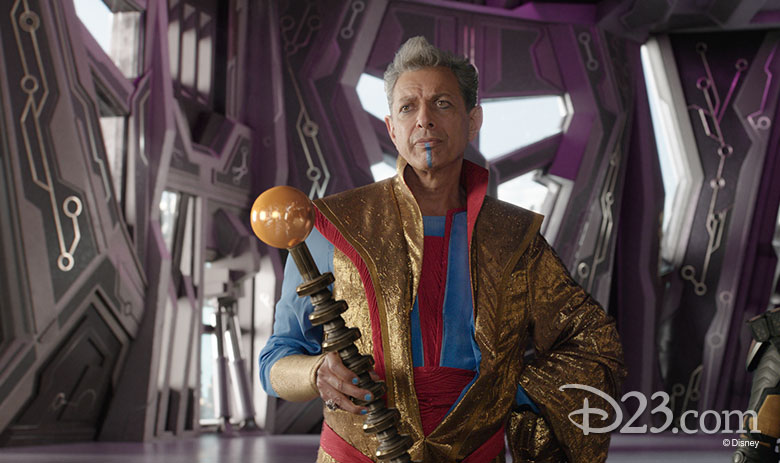 Grandmaster:
The Grandmaster rules over Sakaar, a chaotic planet whose citizens fill its gladiator arena to watch warriors battle. This is where Thor finds himself after Hela’s attack on Asgard, and where Banner has been living for two years. Jeff Goldblum, who brings the Grandmaster to life, describes him as “spontaneous, playful, and mercurial.” He continues: “The Grandmaster has a storied journey that has gone on for decades. He has been involved in pitting people against each other. He can read people’s minds, is very smart, and can do many things. After all that time, what seems to interest him most is having fun.” 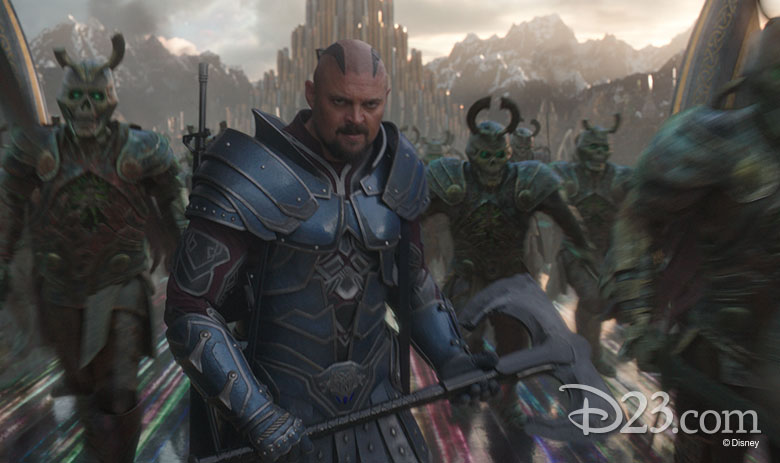 Skurge:
Waititi describes newcomer Skurge as “an interesting character with a moral dilemma.” Skurge is an Asgardian soldier with a penchant for collecting weapons from across the Nine Realms, but things soon change. “As soon as Hela turns up, Skurge makes the decision to side with her so that he can live,” says Waititi. “His loyalties are still with Asgard, but he’s trying to play both sides of the coin.” Bringing this conflicted character to life is Karl Urban. “The dynamic between our characters [Skurge and Hela] is an interesting one,” says Urban. “It’s a fun partnership.”

Odin:
Our last glimpse of Odin in Thor: The Dark World actually proved to not be Odin at all, but Loki in disguise. So where is the Allfather, the powerful king of Asgard, and can Thor find him in time to save Asgard? “Odin has been the king of Asgard for eons,” Winderbaum says. “But when we first meet Odin here, he’s not Odin at all.” 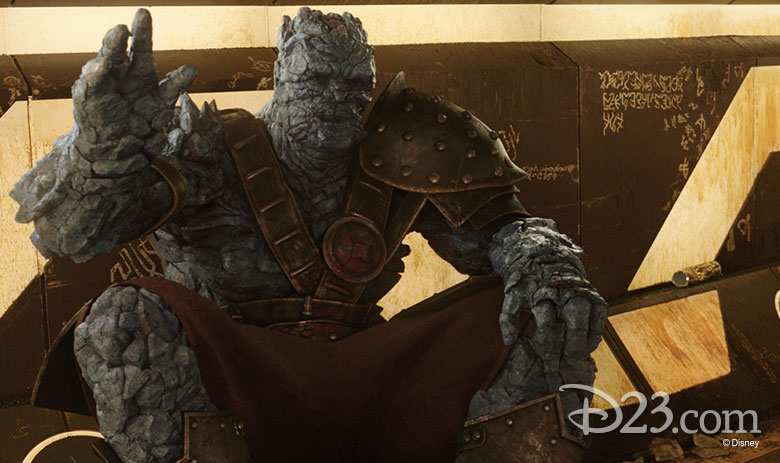 Korg:
After being captured, Thor is placed in a holding area with Korg, a large warrior who appears to be made completely from rocks. And although imposing to look at, Korg is disarmingly charming and charismatic, an ironically likable comrade to Thor. And director Waititi actually plays the part of the fearsome-looking character. “I like playing characters who provide a little texture and make it a bit more interesting to watch,” Waititi says. “And I knew I had never played a guy who was made of rocks.”