The name Stan Lee has become synonymous with some of the most iconic superheroes who have ever leapt off of comic book pages and onto the silver screen. This multi-generational pop-culture icon has been intimately involved with Marvel Comics and its predecessors for more than seven decades, and was at Marvel’s helm for the creation of such characters as Spider-Man, Iron Man, the Hulk, Thor, and the Fantastic Four… to mention a few.

On a beautiful sunny day in Southern California, Stan welcomed us into his Beverly Hills office to discuss his love for heroes, fans, and Walt Disney. His smile, laughter, and enthusiasm for life are contagious. Surrounding his desk are photos he has taken with friends, celebrities, even U.S. Presidents. It’s an inspiring reminder that his life has been packed with almost as many adventures as those immortalized in the comic book pages he’s helped to fill.

D23: Where did you grow up?
Stan Lee: Right in Manhattan, and for a few years I lived in the Bronx, then back to Manhattan again. So I’m a real New Yorker.

Being a “real New Yorker,” who were your role models and heroes?
Errol Flynn. I remember after I saw him in Robin Hood—I must have been 15 years old—I would leave the theater with a little crooked grin on my face thinking that’s the way he grinned. There were also heroes in the books that I read: The Hardy Boys, Tom Swift, and Don Sturdy. I wouldn’t miss a Tarzan story or a Sherlock Holmes story.

Did you always enjoy reading when you were a kid?
I was a voracious reader. My mother used to say that I loved to read when I ate, and if I had nothing to read, she said I would read the label on the ketchup bottle or the mustard jar.

When did you know you wanted to become a writer?
I always thought I’d be a writer. When I was about 14, I’m ashamed to admit this, I got myself a little briefcase. I used to carry it around with me, hoping it would make me look like a writer.

How old were you when you were first hired to work at Timely Comics?
I think I was about 16 or 17. It was somewhere around there.

What were your initial daily tasks?
The artists would draw a page in pencil, then an inker would go over it. There were still little pencil lines showing, so my first job was to erase all of the pencil lines. I would go home every night with an aching arm.

What was your first creative contribution to be published?
In those days, every one of the comics had a little two-page story that nobody read. I was there for a few days, and someone said, “Oh by the way, I want you to write a two-page Captain America story. No pictures. Just words.” So I wrote it, and it was published. It said, “by Stan Lee.” I cut it out and hung it on the wall at home.

Captain America was a popular comic book hero during World War II, but readers lost interest in him once the war ended. How did you reintroduce him?
When I started Marvel in 1962, I was really kind of running the place, though I was still answerable to the publisher. I decided to bring Captain America back. I wanted to make him different than he had been. I would always let him feel as if he is a man out of time. His world is the world of the 1940s, fighting dictators and so forth. Suddenly he’s alive in today’s world. He felt like an anachronism, like he didn’t belong in this age. This is a troubled superhero who’s trying to understand a different world that he’s woken up in. Luckily it caught on. He became very popular, and he is very popular today.

What made you decide to introduce existing mythology with the Norse god Thor?
You are always trying to top yourself, and I figured I had a guy who is the strongest living mortal [Thing] and a guy who could burst into flames and fly [Human Torch]. What can I do to top that? Nobody can be bigger than a god! A lot had been written about the Roman and the Greek gods. There hasn’t been much written about the Norse gods! I like the name Thor, and I love the fact that he’s got this hammer that is his weapon.

How do you draw inspiration in creating a new super-hero or villain?
If I have to write something, I sit down and I hope I can dream something up. I’ve been lucky so far. Like a carpenter who says, “I think I’ve got to make a shelf. I’ll get a piece of wood, and I’ll make the shelf.” I’ve got to write a story. Okay, I’ll sit down next to the typewriter, and I’ll write the story.

With the Fantastic Four, you started to use larger vocabulary words.
Oh, college-level vocabulary. I used to figure that the kids would either begin to understand what the words meant through their use in the sentence, or they would get it by osmosis. If they had to go to a dictionary, that’s not the worst thing in the world that could happen.

“When I was still quite young, I saved up whatever money I had and bought my first deluxe book, which cost a whopping dollar and a half. It was called The Art of Walt Disney. Man, how I treasured that book! I felt Walt Disney was a creative genius…” —Stan Lee

Was this because you felt that comic books could be educational as well as entertaining?
Comic books are educational because they teach kids to read. If you enjoy reading things, you’ll develop a facility at it. Once they become readers, they go on to other things.

The best Marvel stories have always been created with a balance between great writing and great artwork.
A comic book without a good artist is only half a comic book!

Who were some of your favorite artists to work with?
I have so many! Jack Kirby, Steve Ditko, John Romita, John Buscema, Gene Colan, Alex Ross, George Tuska, Gil Kane, and a lot of others! I was lucky. I had the best artists.

Where did the name “Marvel” come from?
We were called Atlas at the time that I did the Fantastic Four. I thought I could do a lot with a name like Marvel. It looks powerful when you letter it, and I was able to create such slogans as “Make Mine Marvel,” “Marvel Marches On,” and “Welcome to the Marvel Age of Comics.”

What was “Stan’s Soapbox”?
I wanted our readers to feel that when they buy a Marvel book, they are visiting a bunch of friends. So every month I wrote a column about anything. Just the way I felt about things, and I’d print it just as though I was sitting in the room with the reader, talking to them.

In this digital age, what has become the new “Stan’s Soapbox”?
Oh, I am on Twitter! I don’t just tweet one thing. I tweet three, four, five, six at a time. I’m long-winded, and I can’t make due with 140 letters.

You have become famous for the catch phrase, “Excelsior!” Where did that originate?
I remember that the great seal of the state of New York had “Excelsior” written on it. It’s an old English thing that really means, “upward and onward to greater glory.” I always liked that word, so I started signing everything, “Excelsior!”

With the many cameo appearances you’ve had over the years in Marvel films, do you have a favorite so far?
I like them all! Maybe my favorite, though, was the one in Spider-Man 2 where I say to Peter Parker in the street something like, “Yes, one man can make a difference.” Then when I walk away, I say, “’Nuff said!”

Did you ever have the opportunity to meet Walt Disney?
No, and I regret that. When I was still quite young, I saved up whatever money I had and bought my first deluxe book, which cost a whopping dollar and half, a fortune to me in those days. It was called The Art of Walt Disney. Man, how I treasured that book! I felt Walt Disney was a creative genius because of Snow White, Bambi, Pinocchio, Fantasia, and all the other. I always wished I had met Walt Disney. As a provider of entertainment, he was my idol.

Do you have any one favorite thing from Disney animation, live-action films, or theme parks that most impressed you over the years?
Everything he did impressed me. I mean every one of his movies had something in it that was fantastic. Whether it was Jiminy Cricket, some of those scenes in Fantasia, the live-action nature series, even The Mickey Mouse Club. Everything he did, he did so well. What I loved about it, it was all family-oriented. It was something anybody could watch and enjoy. I thought he was the most brilliant guy.

Do you have any parting words for current, as well as budding new Marvel “true believers”?
Yeah. Keep reading the Marvel stuff. Keep going to every movie that I have a cameo in, because that’s the only reason they give me the cameos. [Stan laughs] They know it brings in a much bigger audience! 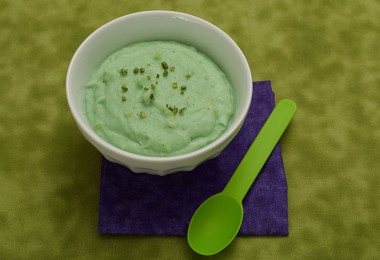