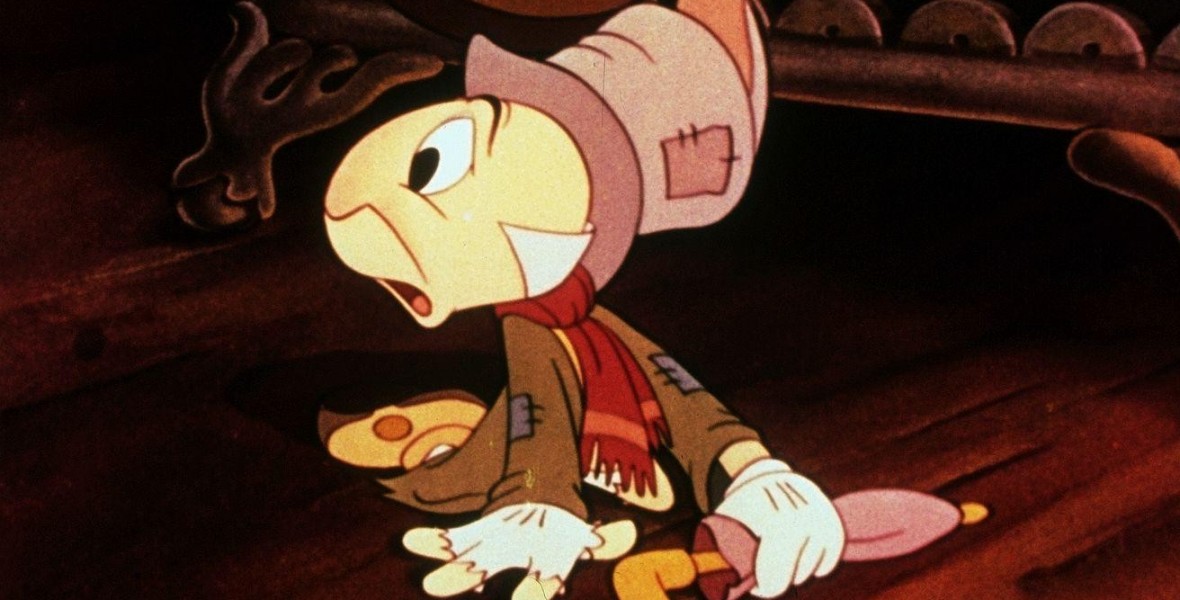 Jiminy Cricket Pinocchio’s conscience, who was later used to introduce educational cartoons on the Mickey Mouse Club television show; voiced by Cliff Edwards. Before Walt Disney selected Jiminy Cricket as the character’s name, the phrase was used as an exclamation denoting surprise or bewilderment. According to the Oxford English Dictionary, the phrase has been around since 1848. In Snow White and the Seven Dwarfs, made over two years before Pinocchio, the Dwarfs exclaim, “Jiminy Crickets!” when they return to their cottage and find the lights on.