Mark your calendars for Life-Size 2 on Freeform; get ready to test your Disney knowledge; and prepare for Christopher Robin’s debut next month… Read more, along with other news from around Disney, in this week’s news briefs!

No, your eyes aren’t deceiving you—there’s going to be a sequel to fan-fave The Wonderful World of Disney television movie Life Size… and it just went into production! Life Size 2 will air on Freeform and will once again star Tyra Banks as Eve—but this time, she’ll have to contend with Grace Manning (portrayed by grown-ish co-star Francia Raisa), the confident and funny CEO of Marathon Toys, a toy company started by her mother that’s most famous for manufacturing the iconic Eve doll. Unfortunately, Grace herself is notorious for drunken exploits that wind up all over the tabloids… and make the company’s stock plunge on a daily basis.

The cast also includes Gavin Stenhouse (Allegiance) as Grace’s potential love interest Calum; Shanica Knowles (The Young and the Restless) as Tahlia, and Hank Chen (The New 30) as Brendan, Grace’s two best friends; and Alison Fernandez (Once Upon a Time) as Lex, Grace’s young next-door neighbor. It is directed by Steven K. Tsuchida (Younger) and executive produced by Banks. Look for more about Life Size 2—including a premiere date—soon. 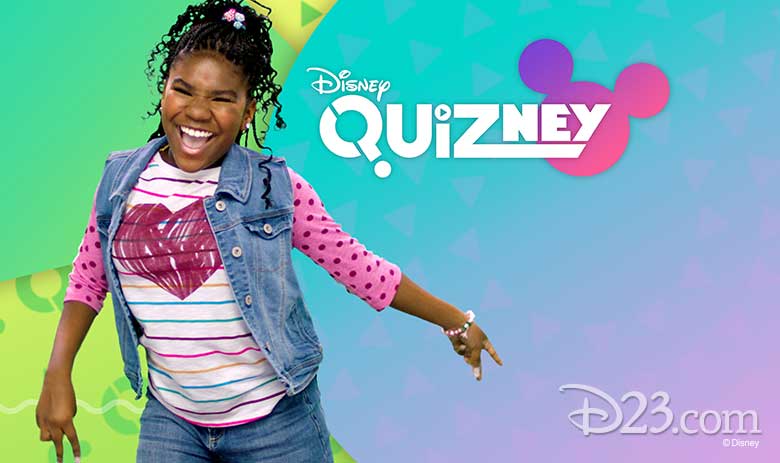 What if you could test your Disney and Disney Channel trivia mettle, right from your very own mobile device… and potentially win some cash prizes to boot? Sounds awesome, right? Well look no further than Disney QUIZney, the brand-new, groundbreaking, multi-platform interactive trivia game show—hosted by K.C. Undercover’s Trinitee Stokes—kicking off this coming Monday, July 16. Watch the show’s trailer and read all about it right here on D23.com.

Disney QUIZney isn’t the only thing to premiere next week; fans of Disney Channel’s wildly popular 1990s docu-series Bug Juice will be pleased as punch to know that the show is returning—and it all starts on Monday, June 16, at 7:30 p.m. EDT on Disney Channel, the DisneyNOW app, and Disney Channel VOD. The 16-part series goes back to its original location (Camp Waziyatah in Waterford, Maine) to chronicle all manner of hilarious and heartwarming summertime adventures with a whole new batch of kids. Episodes will air Monday through Thursday evenings throughout the summer. Roast up some marshmallows for s’mores (safely, of course) and check it out!

We’re less than a month away from the debut of a movie we’re tickled pink to finally see: Disney’s Christopher Robin! (We’re big fans of the Hundred Acre Wood ’round these parts.) So we were excited to see this just-released featurette for the film, featuring never-before-seen footage as well as interviews with stars Ewan McGregor and Hayley Atwell; director Marc Forster; and Disney Legend (and Christopher Robin songwriter) Richard Sherman.

In this heartwarming live-action adventure, the young boy who shared countless adventures with his stuffed animal friends has grown up… and lost sight of what’s important in life. Now it is up to his childhood pals to venture into our world and help Christopher Robin rediscover the joys of family life, the value of friendship—and to appreciate the simple pleasure in life once again.

Tickets for the film, which opens August 3 in U.S. theaters, are now on sale. We’ll see ya there!

With temps heating up around the country and kids out of school—at least for a few more weeks—we can’t help but daydream about the cooler weather and holiday fun to come. So our bells were positively jingled when we saw that our friends at the Disney Parks Blog announced the majority of their celebrity narrators for the 2018 Candlelight Processional at Epcot! Disney-loving pals like Neil Patrick Harris, Whoopi Goldberg, and The Little Mermaid’s Jodi Benson are returning for the merry magic; check out the list here, but keep your eyes peeled for a few more announcements as the holidays draw closer.

Disney’s Dream Big, Princess movement aims to inspire girls around the globe to realize their dreams. Coming soon, there’s a brand-new series of digital shorts—to be created by young filmmakers—showcasing well-known (and well-loved) role models… and it’s all to encourage girls everywhere to create, dream, and celebrate who they are!

Plans for the #DreamBigPrincess series were unveiled recently at the United Nations Foundation’s Girl Up Leadership Summit in Washington, D.C. Each aspiring filmmaker will be paired with a fabulous, inspirational interview subject from a truly diverse range of professions; the young women will capture the stories of these incredible folks, along with their advice for achieving success. Jennifer Lee, director/writer of Frozen and the new Chief Creative Officer of Walt Disney Animation Studios, is just one of the talented women who’ll be featured in the series.

Plus, starting this October 10 and through November 20, for each like or share of a video or photo with the hashtag “#DreamBigPrincess” on Facebook, Twitter, or Instagram, Disney Worldwide Services will donate $1 to Girl Up in support of girls’ leadership and empowerment—up to $1 million! Pretty cool, huh?

Check out the video above to hear what excites Lee most about this #DreamBigPrincess digital series, and keep your eyes peeled for more information as we get closer to the first short’s debut.

Longtime readers of D23.com know our love for Duffy, the adorable Disney Bear that welcomes guests from all over the world to Hong Kong Disneyland (as well as Tokyo DisneySea). He has several equally adorable friends—Gelatoni, ShellieMay, and StellaLou—but just recently welcomed a new pal into the fold… Cookie, a very curious puppy who loves to learn all about food! She’s the first of Duffy’s friend to make her inaugural appearance at Hong Kong Disneyland.

According to our pals over at the park, Duffy and Cookie met on Main Street, U.S.A. His cotton candy and her tall stack of waffles went flying when they bumped into each other, and when Cookie caught them she came up with a new idea: why not combine her waffles and Duffy’s cotton candy to make a cotton candy waffle sandwich? Sounds delish!

Cookie is now visiting with guests on Main Street, U.S.A., in her signature chef’s hat with the cute pink bow. And visitors can even take a little bit of Cookie’s sweetness home with them, with exclusive merchandise and yummy treats available at the Main Street Corner Café.

Take a look at Cookie’s arrival at Hong Kong Disneyland in the video, above. 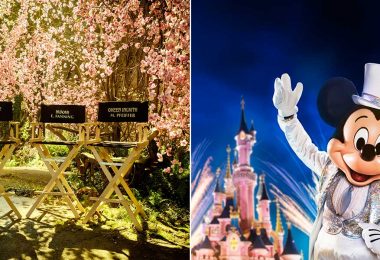 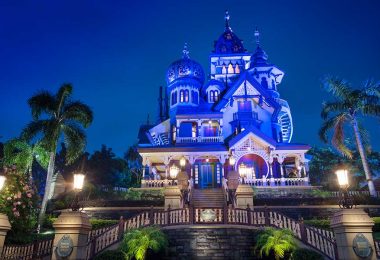