From as far back as the Laugh-O-Gram films that Walt Disney made in Kansas City, Disney has long looked to children’s stories and fairy tales for inspiration to entertain its audiences. Sometimes these stories stay true to their original telling and other times Disney reinvents characters and plotlines to create new twists. Disney storytellers have added new heroes, alternate endings, and they have even made the villain a good guy, as is the case of Frozen‘s Elsa in Disney’s take on Hans Christian Andersen’s The Snow Queen. Anything is up for changing and everything can be rewritten.

Disney storytellers have added new heroes, and they have even made the villain a good guy . . .

As a tribute to the books that inspired some of our favorite Disney films, we pulled together a few facts about how Disney artists were inspired by the originals. 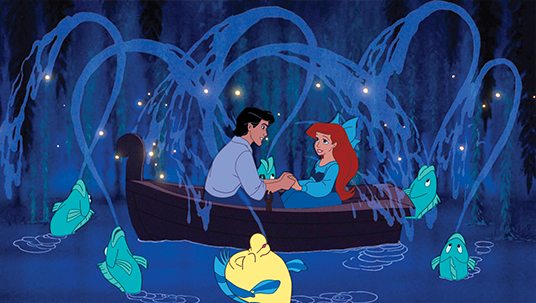 The Little Mermaid
The first Disney animated feature based on a classic fairy tale in three decades (since Sleeping Beauty) turned to the famous story by Hans Christian Andersen. Disney artists had considered an animated film of The Little Mermaid in the late 1930s, and illustrator Kay Nielsen prepared a number of striking story sketches in pastels and watercolors. For The Little Mermaid, the artists received inspiration from the Nielsen story sketches that were brought out of the Walt Disney Archives for them to study, and they gave Kay Nielsen a “visual development” credit on the film. 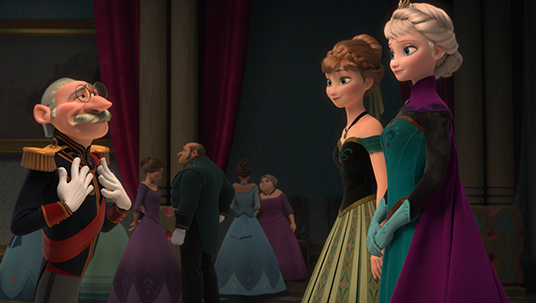 Frozen
With another of Hans Christian Andersen’s works, The Snow Queen, the idea was to capture the sentiment and themes of the original story, but allow the filmmakers the creative freedom to be inspired to tell their own story. Frozen embraces core elements from Hans Christian Andersen’s The Snow Queen, a tale first published in 1845 that has sparked the interest of Disney filmmakers dating back to Walt Disney himself. A story of the struggle between good and evil, Andersen’s The Snow Queen depicts a shattered mirror that causes a young boy, Kai, to view the world in a negative way. But the Frozen story team was stumped by the Snow Queen herself. According to Jennifer Lee, who first joined the team as a writer and was later tapped to direct with Chris Buck, Andersen’s version of the title character was somewhat mysterious. “She’s more symbolic in nature in the original story,” says Lee. “We knew that she’d need her own voice in Frozen.” And she certainly got one! 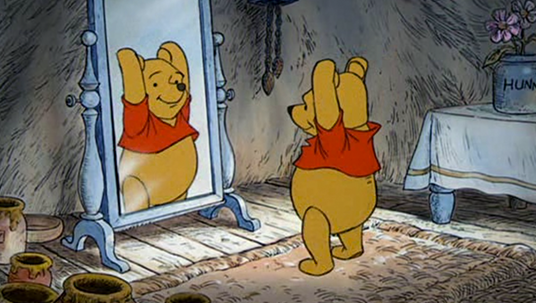 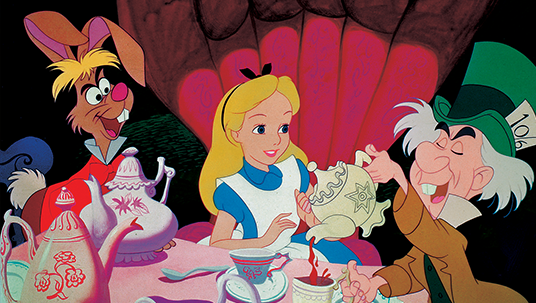 Alice in Wonderland
Disney created the animated version of Lewis Carroll’s famous story of Alice and her adventures after falling down a rabbit hole. The animated feature had been on Walt Disney’s mind since 1933, when he considered a live-action version starring Mary Pickford. He shelved the project after Paramount made a version, but later had artist David Hall, a Hollywood artist and designer, create some concepts for an all-animated film. World War II intervened, and it was not until the late 1940s that work began again in earnest. One of Walt’s big problems with this film was that here he was dealing with a highly regarded classic, and what was charming and appropriately bizarre in book form seemed oddly out of place on the motion picture screen. Walt’s feeling, expressed in later years, was that Alice had no “heart.” 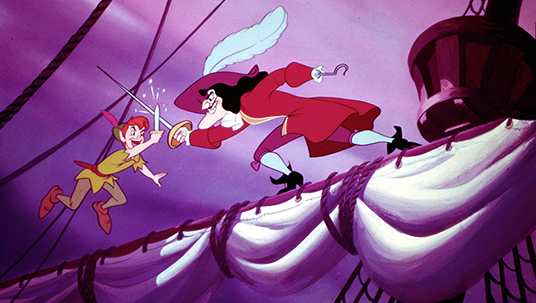 Peter Pan
Walt Disney planned as early as 1935 to make this film, arranging in 1939 with the Great Ormond Street Hospital in London (who had the rights to the play bequeathed by author James M. Barrie) for permission, but it was not until 1949 that production actually began. 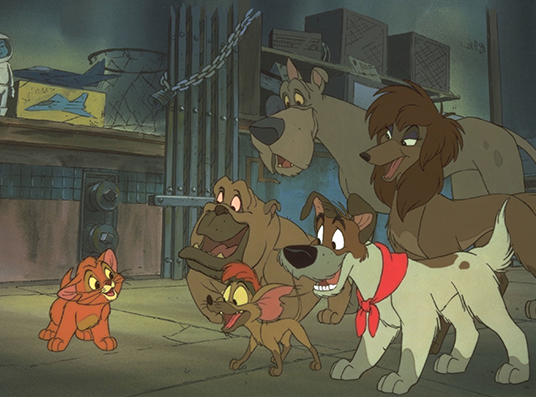 Oliver & Company
The Oliver Twist story animated with a twist—the setting is New York and Oliver is a kitten and Fagin the human master of a pack of pickpocket dogs. In addition to the feline and canine cast, many different songwriters contributed to the production, including Howard Ashman and Barry Mann (“Once Upon a Time in New York City”), Dan Hartman and Charlie Midnight (“Why Should I Worry?”), Barry Manilow, Jack Feldman, and Bruce Sussman (“Perfect Isn’t Easy”), and Dean Pitchford and Tom Snow (“Streets of Gold”). 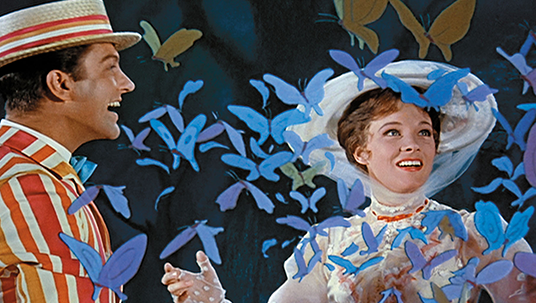 Mary Poppins
Walt Disney began his quest to get the rights to P.L. Travers’ book Mary Poppins in the early 1940s. For additional information on the subject, may we direct you to the 2013 feature film Saving Mr. Banks. Although it took nearly 20 years to obtain the rights, when Mary Poppins was finally made, it won five awards out of its 13 Academy Award® nominations. P. L. Travers, author of the popular books on which the film is based, continued writing new adventures for Mary Poppins long after the film, and in the late 1980s worked with a Disney screenwriter on a film sequel that never materialized. 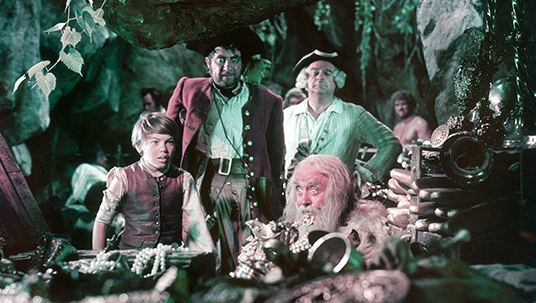 Treasure Island
Treasure Island was the first Disney live-action film without any animation. It was based on the book published in 1881 by British author Robert Louis Stevenson. Coincidentally, the Disney Company had “blocked funds” in England after the war, money that Disney films had earned in the country, which could not be exported due to currency regulations. Walt Disney decided that he could use the money to make some films in England, but since he could not find trained animators there to produce his usual fare, he decided to turn to live action instead. Over the next few years, four live-action films would be made in England. 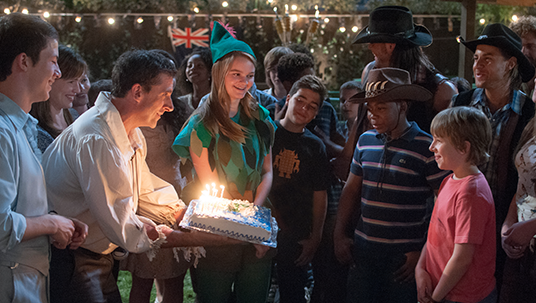 Alexander and the Terrible, Horrible, No Good, Very Bad Day
Based on the 1972 children’s classic book by Judith Viorst, Alexander and the Terrible, Horrible, No Good, Very Bad Day has more than two million copies in print. The book has a wonderful following,” says Miguel Arteta, who directed the big-screen adaptation. “So many people grew up with it in the ’70s, remember it fondly, and now, as parents, are reading it to their kids. It resonates with people because it makes it okay to admit that sometimes things aren’t going to go your way.” Filmmakers knew Alexander’s day would have to get much worse than the original 32-page picture book. The idea for the film adaptation was to use the story in the book as the first act of the movie. The second two acts of the film had to be a completely original storyline set during a second day that is even worse than Alexander’s first terrible, horrible, no good, very bad day.