Beginning Monday, April 20, Disney Channel will be airing special videos that highlight the animal care and wildlife conservation efforts led by Cast Members at Disney’s Animal Kingdom Theme Park. These spots were produced in collaboration with National Geographic and filmed last month on location at Walt Disney World Resort, with Christian J. Simon and Ava Kolker (Sydney to the Max) taking viewers on a fun and educational adventure where they encounter animals such as elephants, tigers, and gorillas and learn about the importance of protecting wildlife.

On Wednesday, April 22, fans can tune in to Disney Channel for a full day of Earth Day programming, including a brand new National Geographic special, Born Wild: The Next Generation, the Disneynature films Monkey Kingdom and Penguins, and environmentally-themed episodes of hit series BUNK’D, Big City Greens, Coop and Cami Ask the World, Raven’s Home, and Sydney to the Max.

The youngest fans will enjoy themed episodes of the popular series Mira, Royal Detective, Mickey Mouse Mixed-Up Adventures, T.O.T.S., Muppet Babies, and Puppy Dog Pals on Disney Junior. The channel will also present on-air messages designed to introduce preschoolers to Earth Day themes of taking care of animals and the world around them.

Disney XD’s Earth Day lineup features a full-day marathon of the animated series Amphibia, followed by a presentation of the acclaimed Disneynature film Born in China.

In DisneyNOW, fans can discover an Earth Day Collection, along with 10-minute extended version of the Disney’s Animal Kingdom spots. 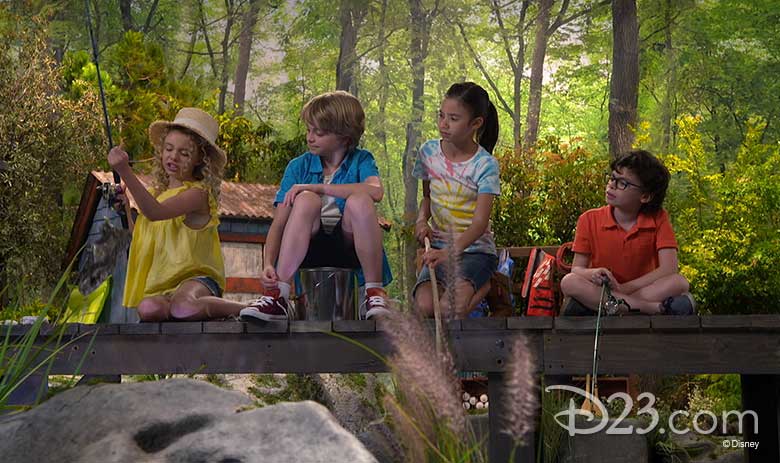 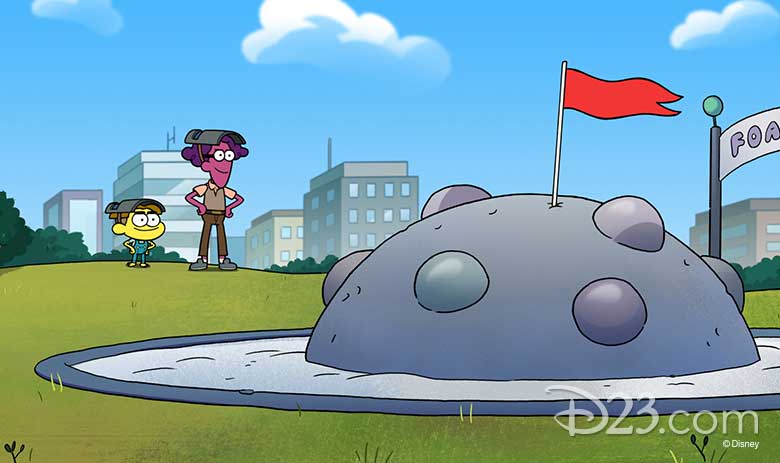 “Cricket’s Biscuits”: Gramma makes a batch of her special biscuits for Cricket and Tilly when they’re hurt, but refuses to make any more after they’ve recovered.

“Wild Side”: Cricket’s wild side takes over when Bill is unable to replicate their old camping trips. 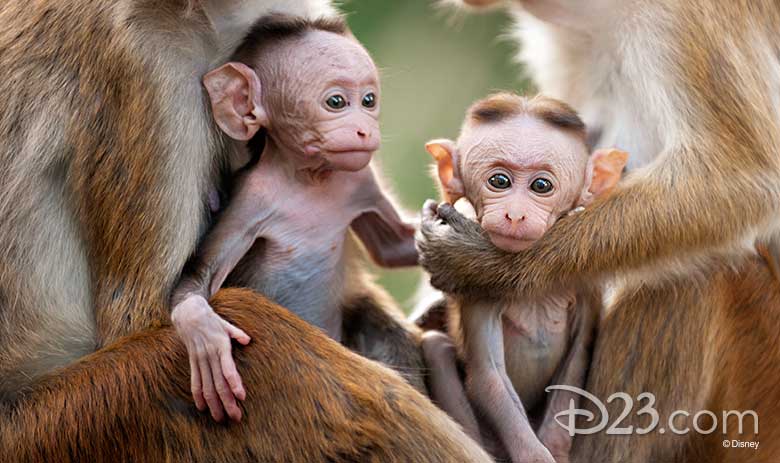 Disneynature Monkey Kingdom (Disney Channel Premiere)
(3:50–5:15 p.m. EDT)
A spectacular tale set among ancient ruins in the storied jungles of South Asia, Monkey Kingdom is centered on a clever, resourceful monkey named Maya, who finds her world changed forever when she welcomes her son Kip into her colorful extended family.

Disneynature Penguins (Disney Channel Premiere)
(5:15 P.M.–6:35 p.m. EDT)
Disneynature’s all-new feature film Penguins is a coming-of-age story about an Adélie penguin named Steve, who joins millions of fellow males in the icy Antarctic spring on a quest to build a suitable nest, find a life partner and start a family. 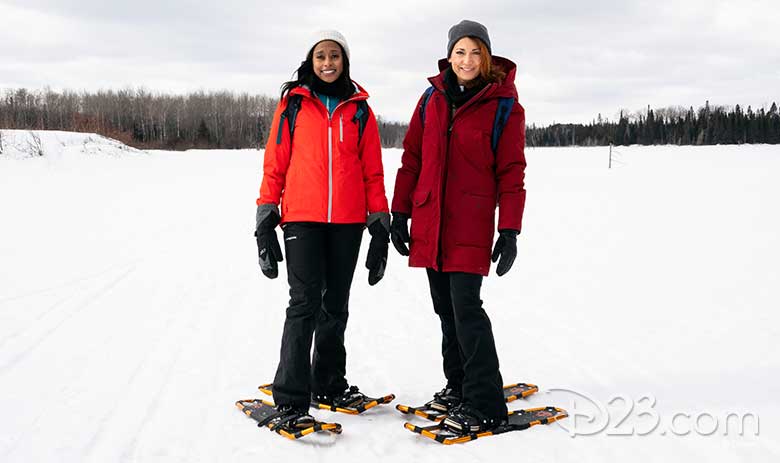 Born Wild: The Next Generation (National Geographic Special)
(8–9 p.m. EDT)
Hosted by Good Morning America anchor Robin Roberts, this hour-long special is a worldwide celebration of our vibrant planet, experienced through the eyes of baby animals and their families.

Raven’s Home—”Dressed to Express” (Original Airdate 7/15/2019)
(10:20–10:45 p.m. EDT)
Nia changes her personal style in an effort to fit in with the school’s new conservation club. When the leader still doesn’t let her join, Nia sets out to find another way she can make a difference in the school.

Sydney to the Max—”Going The Green Mile” (Original Airdate 3/26/2020)
(10:45–11:15 p.m. EDT)
In an effort to save the planet, Sydney and her friends stage a student protest to convince the cafeteria to go green. Back in the ’90s, Max and Leo fight to keep their school from getting rid of the junk food in the vending machines.

Coop & Cami Ask the World—”Would You Wrather Trash a Friend?” (Original Airdate 4/3/2020)
(11:15–11:45 p.m. EDT)
When Coop and Fred go on a recycling spree to prove they care about the Earth, they accidentally throw away a sculpture that was donated for Charlotte’s fundraiser.

Over on Disney XD, fans can tune into the following Earth Day-themed programming on Wednesday, April 22: 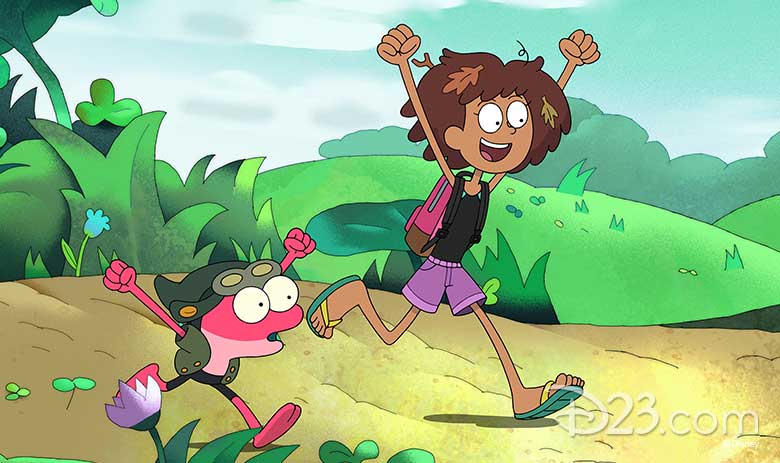 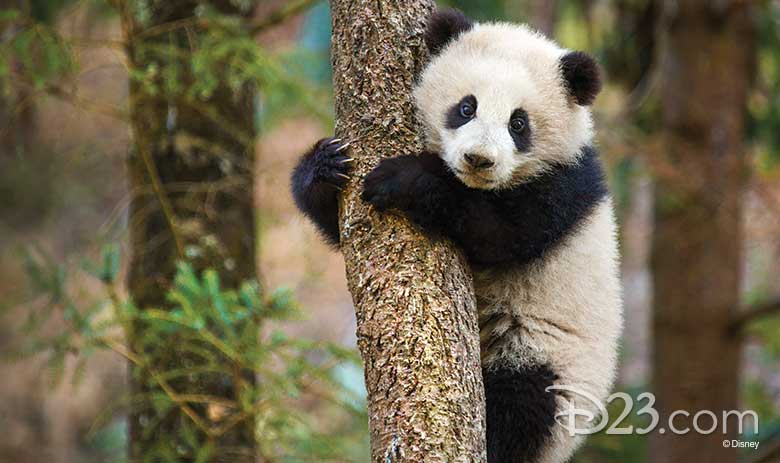