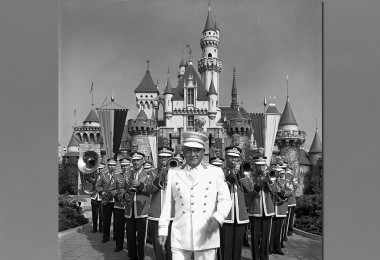 Q : Who led the Disneyland Band after Vesey Walker retired (a man who led the band for approximately 20 years—his principal instrument was trumpet)? I spoke to him once in the park, and, as a neophyte player, he offered such wonderful encouragement and advice. I've never forgotten what he said to me, the gentleman that he was to take the time, and I play professionally to this day (age 62)—in great part because of people like him. But alas, I have forgotten his name.
Richard, Bend, Oregon
A: Vesey Walker was the first director of the Disneyland Band. Shortly before Walker retired in 1970, James Christensen took over as director. Other directors have included Jim Barngrover, Stanford Freese, and Art Dragon.
Q : I had heard that Mike Jittlov had been commissioned by The Walt Disney Company to create a short film to precede a preview of the 3-D film Magic Journeys (in the event it was not completed by its October 1 release date). I found a clip of it online and it’s quite delightful and fun, and heard that it was never actually officially released to the public. Is there any other information on this short film beyond that?
Matt, South Pasadena, California
A: In the film, Dreamfinder, played by Ron Schneider, who served as the original walk-around character in the park, runs through WED Enterprises facilities during the period in which EPCOT Center and Tokyo Disneyland were being created. To our knowledge, the film never played to the public, as Magic Journeys was ready by the time Epcot opened. Portions of the film were used in the EPCOT Center: The Opening Celebration television special.
Q : I’m the archivist at the Santa Ana Country Club in Orange County. With the 60th anniversary of Disneyland I recently saw an article in the paper stating that Walt was considering four different locations in Southern California to build the park, one of them being a country club in Orange County. There weren't too many country clubs in Orange County at the time, so I was wondering if that location was the Santa Ana Country Club, located just off the 55 Freeway on Newport Blvd.?
Nicole, Yorba Linda, California
A: It was the Willowick Golf Course in Santa Ana, which they claim is the oldest golf course in Orange County.
Q : Are there any pictures or information about the Mustangs given away on Disneyland Grad Nite in June of 1964 and June of 1965? Also, do you know who won them? It would be great to see more vintage images of these cars.
Brant, Broadway, Virginia
A: The classic Mustangs were indeed given, one each at four Grad Nites in 1964 (June 11, 12, 18, 19) and 1965 (June 11, 16, 17, 18). The winners’ names were not mentioned in Disneyland press releases, nor in the newspaper clippings about the events. One release in 1965 mentioned the prize being a gold and black Mustang. I didn’t find a photograph.
Q : Did Pat Boone’s daughters ever have a musical show at Disneyland in the early or late ’70s? When I was a kid I remember going to the show every year but I cannot find it online.
Edward, El Dorado Hills, California
A: Debby Boone performed in “Night of Joy” at Disneyland on April 13, 1984; she also did a two-night “Night of Joy” at Walt Disney World in September of that year. There are no accurate Disneyland performer indexes, so I was unable to find any Boone performances in the 1970s.
Q : Dave, ever since I was a very small child I loved Disney, especially the theme parks. When I was about 7 years old, I decided I wanted to become an Imagineer. Now I am moving into my senior year in high school, which is a critical time in making decisions for college and making serious plans for the future. I know I want to work in mechanical engineering, but I wanted to know what the best path is to achieve my dreams. Based on your knowledge, what college has produced the most Imagineers? What should my first step be in deciding what to do? Are there certain things I need to do in college? Any advice you can give would be extremely helpful. Thank you!
Steven, New Jersey
A: If you haven’t done so, you should check the Imagineering website, which should answer many of your questions: wdi.disneycareers.com. Walt Disney Imagineering certainly employs mechanical engineers, but I am unaware which colleges have produced most of them. Engineers are also hired by the Disney parks. 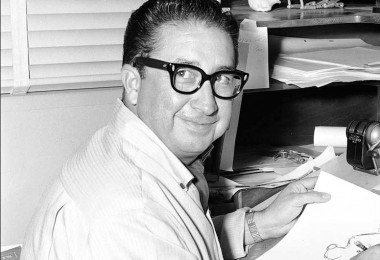 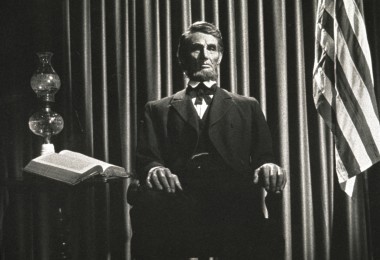 Q : Walt Disney initially had two of the Audio-Animatronics® Abraham Lincolns constructed. The one for the 1964 World’s Fair so impressed Mr. Disney that he had the second made for Disneyland. Whatever happened to the original that was displayed at the World’s Fair?
Brian, Fresno, California
A: The very first Abraham Lincoln Audio-Animatronics® head is part of the collection of the Walt Disney Archives. 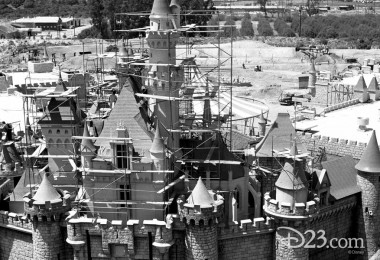 Q : How many weeks and days, while the construction workers are “Imagineers,” did it take to build Disneyland Park in Anaheim, California?
Michael, Monterey Park, California
A: There was no groundbreaking ceremony for Disneyland. Construction began on July 21, 1954, when the first trees were removed, and progressed right up until the opening of the park on July 17, 1955. So, a few days less than a year.