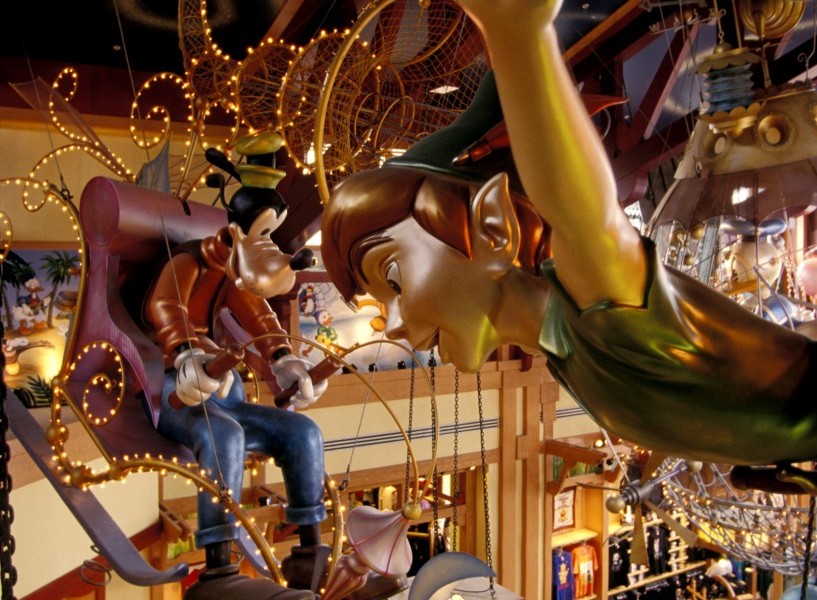 World of Disney The largest, at 50,000 square feet, Disney merchandise location in the world opened on Oct. 3, 1996, in the Downtown Disney Marketplace at Walt Disney World. A store also opened in Downtown Disney District at Disneyland in 2001, and in 2004, with the sale of the Disney Stores, the flagship store on Fifth Avenue in New York City became a World of Disney (which later closed, on Dec. 31, 2009). At the New York City store, young girls could participate in a role-playing romp entitled Cinderella’s Princess Court. On June 16, 2016, a 3,000-square-meter World of Disney Store opened at the Marketplace in Disneytown at Shanghai Disney Resort, themed as a vintage railroad roundhouse.