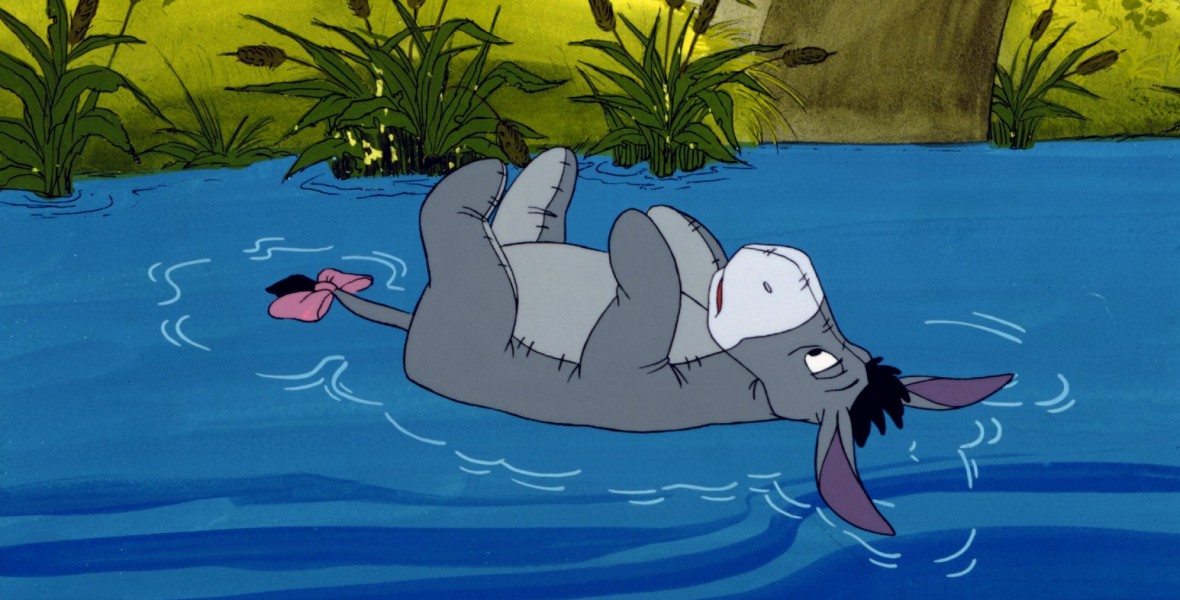 Winnie the Pooh and a Day for Eeyore (film) Special cartoon featurette; released on March 11, 1983. Directed by Rick Reinert. Winnie the Pooh is teaching his friends how to play “Pooh Sticks” under a bridge when Eeyore floats by. It is his birthday and no one has remembered. That is soon remedied and the gang gathers with a party, presents, and a cake. Featuring the voices of Hal Smith (Pooh), Ralph Wright (Eeyore), John Fiedler (Piglet), Will Ryan (Rabbit), Kim Christianson (Christopher Robin), Dick Billingsley (Roo), Julie McWhirter Dees (Kanga), Paul Winchell (Tigger), this fourth installment of the Disney Pooh films was, like the others, based on the stories written by A.A. Milne, specifically “In Which Eeyore Has a Birthday and Gets Two Presents” and “Pooh Invents a New Game and Eeyore Joins In.”  However, the film lacks some of the major voice talents used in the other featurettes, most notably Sebastian Cabot as narrator and Sterling Holloway as Pooh. 24 min. Released on video in 1984.