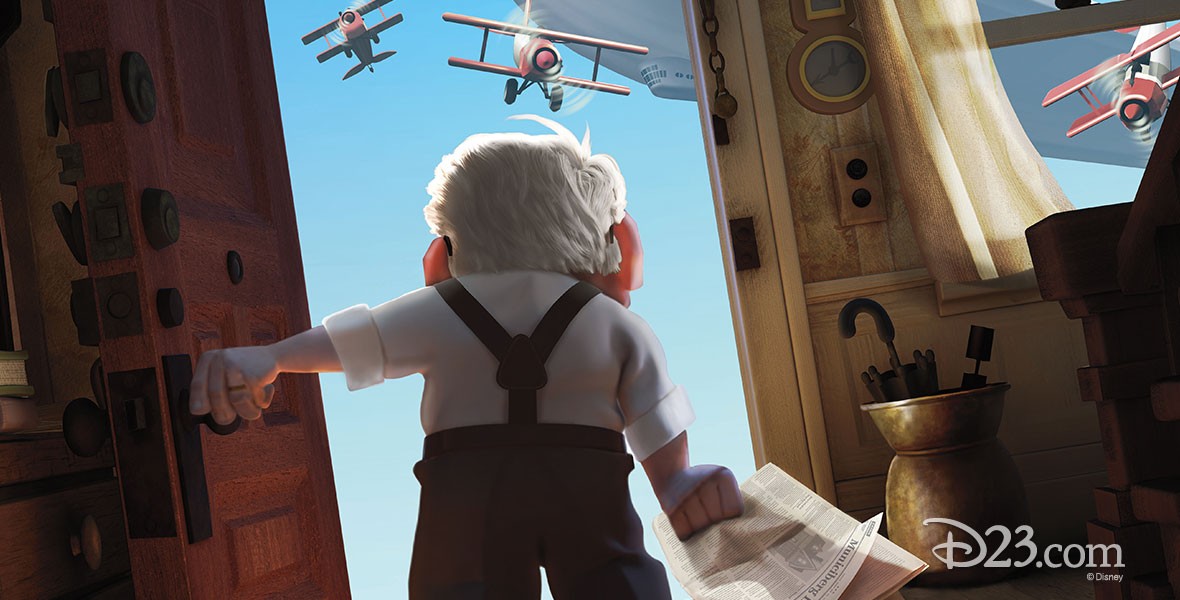 Up (film) Carl Fredricksen spent his entire life dreaming of exploring the globe and experiencing life to the fullest.  But at age 78, life seems to have passed him by, until a twist of fate (and a persistent and overly-optimistic 8-year-old Wilderness Explorer named Russell) gives him a new lease on life. Tying thousands of balloons to his house, Carl takes a thrilling journey to find a mountaintop waterfall in Venezuela where his late wife, Ellie, had always dreamed of visiting, only to discover all too late that his biggest nightmare, Russell, has stowed away on the trip. The unlikely pair encounter wild terrain and unexpected villains as they try to save a rare 13-foot-tall flightless bird they name Kevin. CGI animated film from Pixar Animation Studios. Directed by Pete Docter and Bob Peterson. Released on May 29, 2009 in the U.S., after a May 28 release in Russia and a May 13 screening at the Cannes Film Festival. Voices include Ed Asner (Carl), Christopher Plummer (Charles Muntz), John Ratzenberger (Tom), Delroy Lindo (Beta), Jordan Nagai (Russell), Bob Peterson (Dug/Alpha), Jerome Ranft (Gamma). 96 min. Pixar’s first title produced in Disney Digital 3-D. It became the second animated feature, after Beauty and the Beast, to be nominated for a Best Picture Academy Award. It won Oscars for Animated Feature and Original Score.