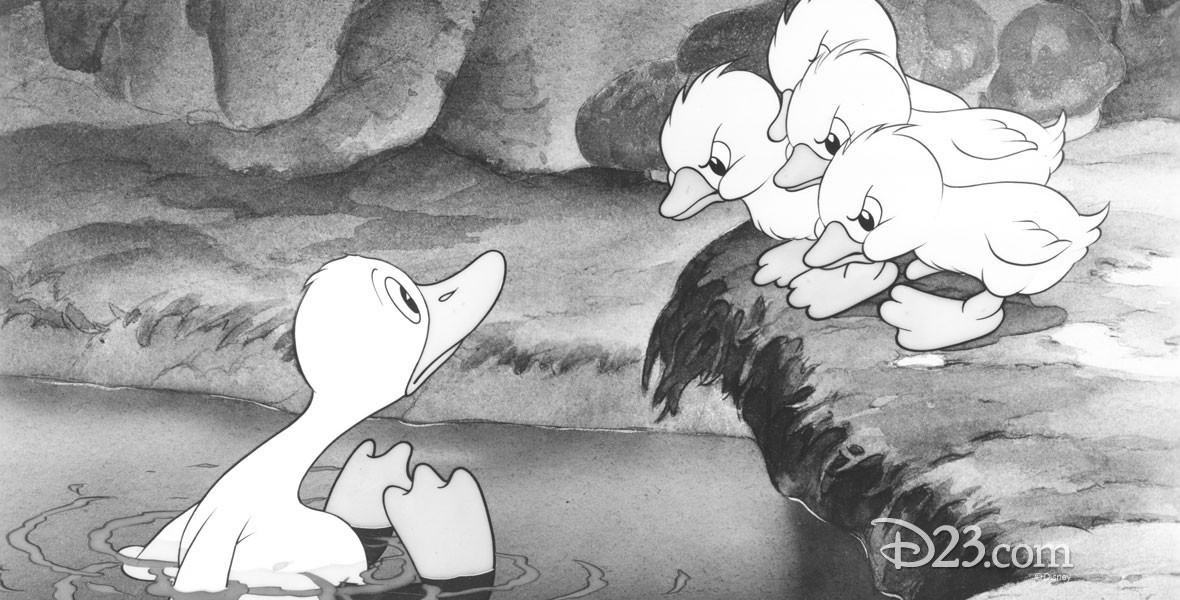 Ugly Duckling, The (film) Silly Symphony cartoon; released on December 17, 1931. Directed by Wilfred Jackson. When a mother hen scorns a little duckling, it runs away in dismay. But when a tornado dumps her chicks into the flooded river, the duckling saves them from going over the waterfall. A hero, he is now one of the family. The film is from a story by Hans Christian Andersen. Remade in color as the last Silly Symphony, released on April 7, 1939. Directed by Jack Cutting. The remake changed the story to have a baby “duckling” shunned by his family because of his ugliness until a mother swan recognizes him as a swan and adopts him as one of her brood. It won an Academy Award as Best Cartoon. An educational version was entitled Hans Christian Andersen’s The Ugly Duckling.