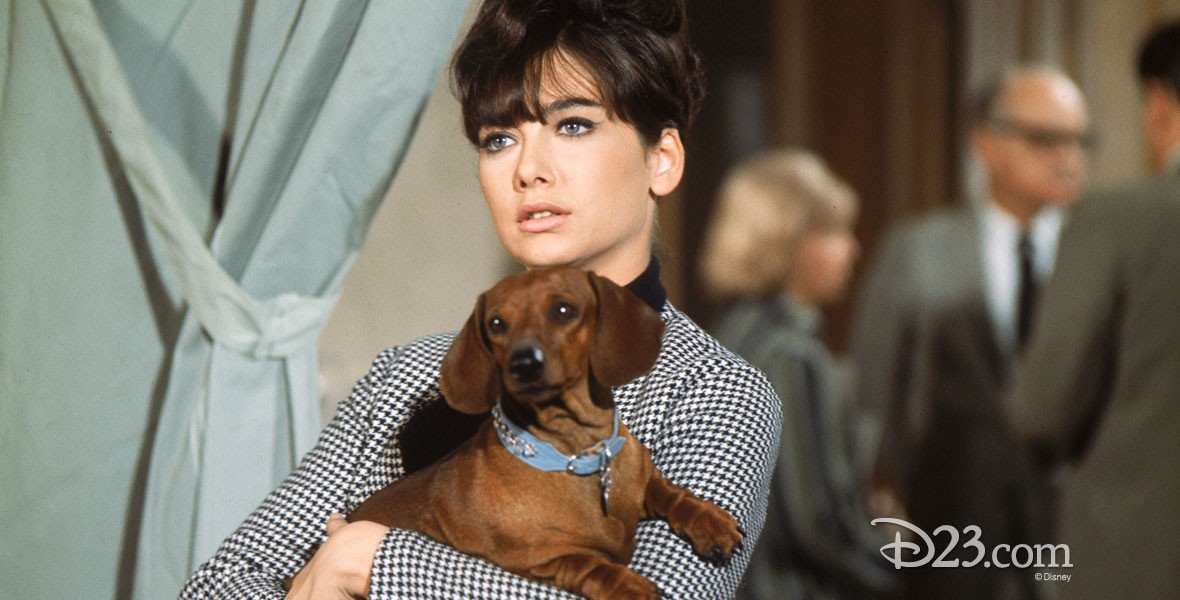 Ugly Dachshund, The (film) When a Great Dane puppy is put into a litter of dachshunds, the puppy grows up thinking he’s a dachshund, too, thereafter causing no end of humorous complications in the lives of Mark Garrison, a magazine illustrator, and his lovely wife, Fran. The Great Dane finally proves his worth, realizing just what kind of an animal he is, and peace once more descends on the Garrison household. Released on February 4, 1966. Directed by Norman Tokar. 93 min. Stars Dean Jones (Mark Garrison), Suzanne Pleshette (Fran Garrison) in her Disney debut, along with Charlie Ruggles (Dr. Pruitt), Kelly Thordsen (Officer Carmody), and Parley Baer (Mel Chadwick). For the title role of Brutus, the animal trainer found a three-year-old prize-winning Great Dane named Diego of Martincrest. But needing a dog with more experience for some of the more demanding scenes, he found a double in Duke, whom he had used earlier as one of the Great Danes in Swiss Family Robinson. Released on video in 1986.