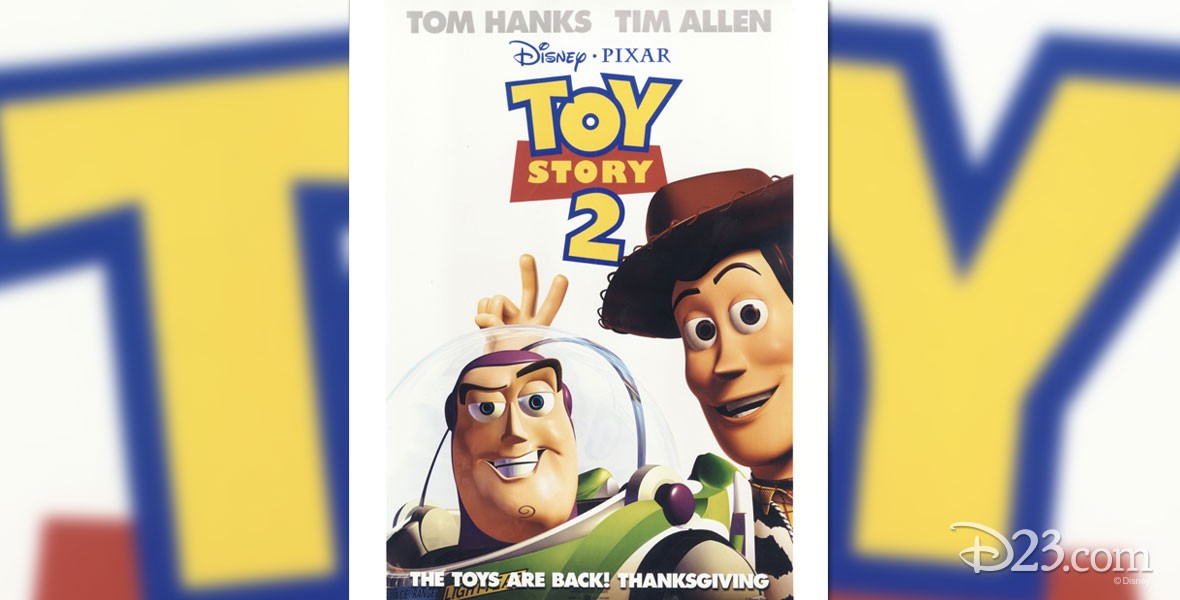 Toy Story 2 (film)  Andy goes off to summer cowboy camp, and the toys are left to their own devices. When an obsessive toy collector, Al McWhiggin, kidnaps Woody, who, unbeknownst to him, is a highly valued collectible, it’s up to Buzz Lightyear and the gang from Andy’s room to spring into action and save their pal from winding up as a museum piece. The toys get into one predicament after another in their daring race to get Woody home before Andy returns. Released on November 24, 1999, after a November 19 release at the El Capitan in Hollywood. Directed by John Lasseter. Voices include Tom Hanks (Woody), Tim Allen (Buzz Lightyear), Don Rickles (Mr. Potato Head), Jim Varney (Slinky Dog), Wallace Shawn (Rex), John Ratzenberger (Hamm), Annie Potts (Bo Peep), Kelsey Grammer (Stinky Pete, the Prospector), Joan Cusack (Jessie), Wayne Knight (Al McWhiggin), Estelle Harris (Mrs. Potato Head). 92 min. Produced as a partnership between Walt Disney Pictures and Pixar Animation Studios. Composer Randy Newman added two new songs: “When She Loved Me” and “Woody’s Roundup,” with the former nominated for an Academy Award for Best Original Song. Improved computer programs and controls gave the animators more flexibility in moving the characters and allowed more subtle articulation than ever before. The film did phenomenal business, and became Disney’s third highest grossing film ever (after The Lion King and Sixth Sense). The film was the first motion picture to be entirely created, mastered, and exhibited digitally. It was also the first animated film sequel to gross more than its original. Released on video in 2000.  A Disney Digital 3-D version was released on October 2, 2009 along with one for the original Toy Story.