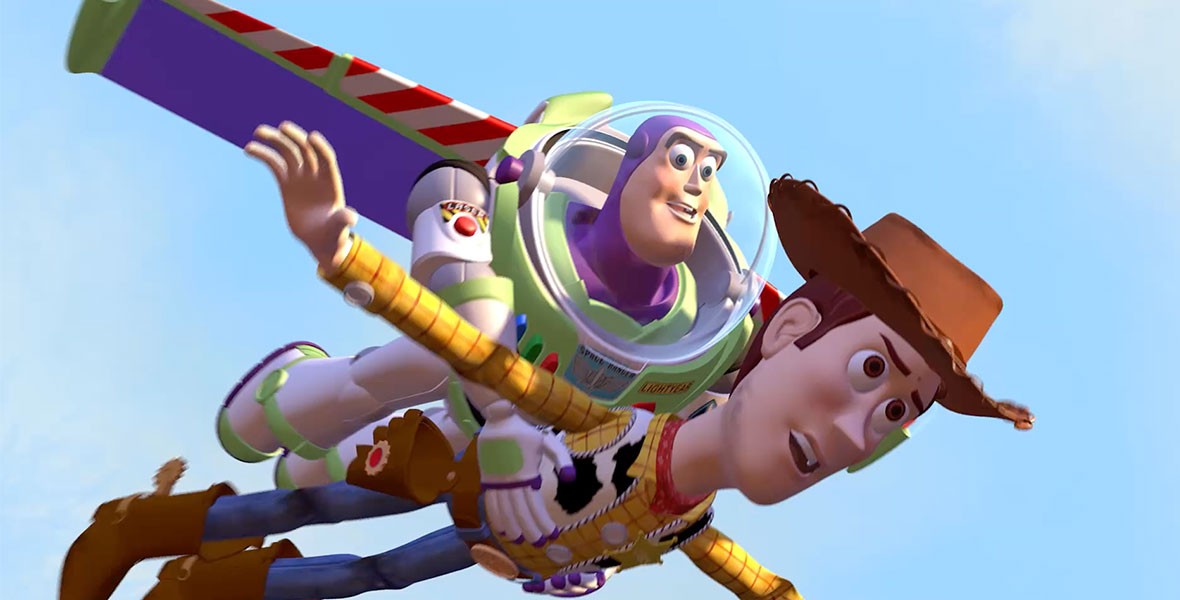 Toy Story (film) Andy’s toys are fearful of being replaced when the boy’s birthday comes along. Woody, his favorite toy, a pull-string cowboy doll, discovers the boy has a  new toy, Buzz Lightyear, the latest, greatest action figure, complete with pop-out wings and laser action. Woody’s plan to get rid of Buzz backfires, and he finds himself lost in the world outside of Andy’s room, with Buzz as his only companion. Together they must try to find their way back to Andy. Directed by John Lasseter. Released on November 22, 1995. Voices provided by Tom Hanks (Woody), Tim Allen (Buzz Lightyear), Jim Varney (Slinky Dog), Don Rickles (Mr. Potato Head), John Ratzenberger (Hamm), Annie Potts (Bo Peep), Wallace Shawn (Rex). Songs by Randy Newman. 81 min. The film is the first animated feature ever generated completely on computers, produced as part of a partnership between Disney and Northern California-based Pixar. John Lasseter was presented a special Academy Award for “the development and inspired application of techniques that have made possible the first feature-length computer-animated film.” Released on video in 1996. A Disney Digital 3-D version was released on October 2, 2009 along with one for Toy Story 2.