Home / Disney A to Z / T / Tangled Before Ever After (television) 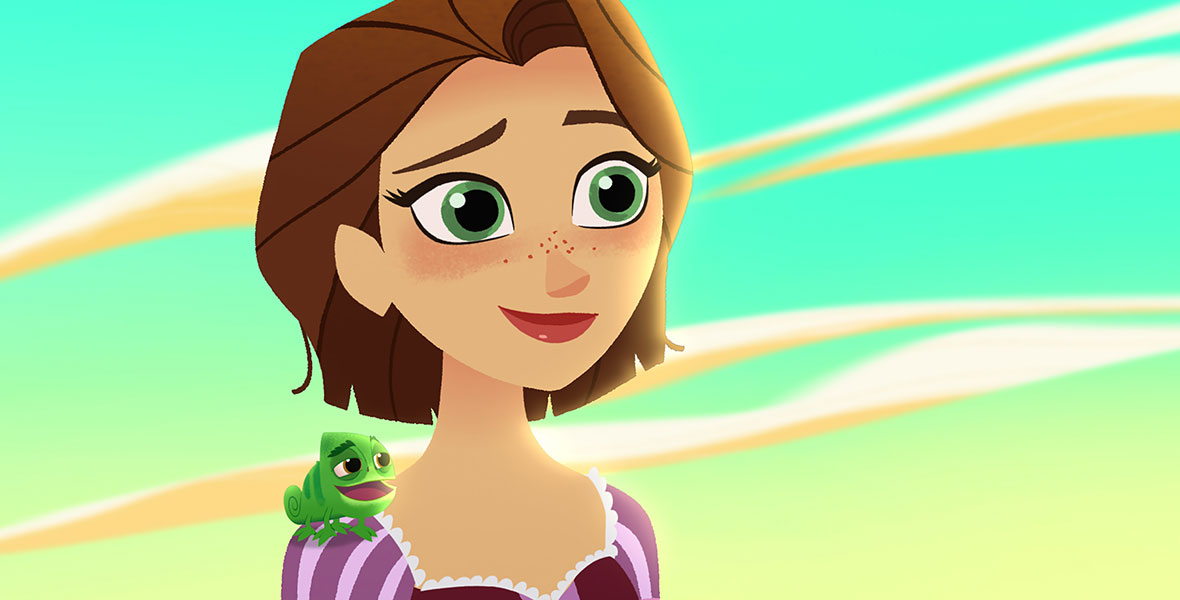 Tangled Before Ever After (television) A Disney Channel Original Movie, debuting Mar. 10, 2017. In this sequel to Tangled, Rapunzel grapples with both the new responsibilities of being princess and the overprotective ways of her father. Even though she loves Eugene, she does not share his immediate desire to get married and settle down within the castle walls. Determined to live life on her own terms, she and her friend Cassandra embark on a secret adventure which leads to Rapunzel’s long blonde hair growing back. She must learn to embrace her hair and all that it represents. Supervising director is Chris Sonnenburg. Besides returning voice cast members from the 2010 feature, new ones include Eden Espinosa (Cassandra), Julie Bowen (Rapunzel’s mother), Clancy Brown (King Frederic), James Monroe Iglehart (Lance Strongbow).

Tangled (film) Tangled Ever After (film)