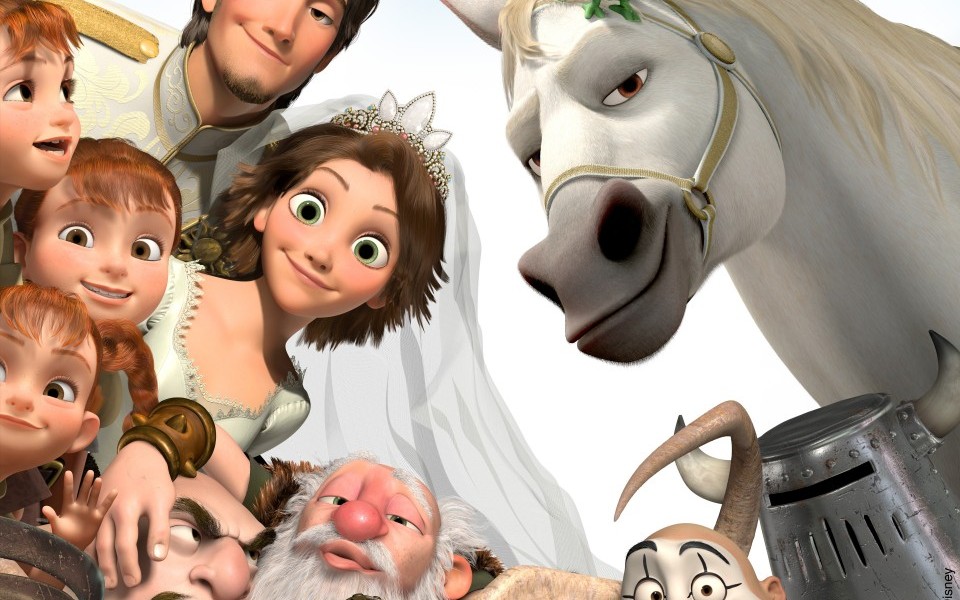 Tangled Ever After (film)  Short 3D cartoon released with Beauty and the Beast 3D on January 13, 2012, and also in 2D.  Directed by Nathan Greno and Byron Howard.  As everyone gathers for the royal wedding of Rapunzel and Flynn, Pascal and Maximus, the flower chameleon and ring bearer, respectively, lose the wedding rings.  They immediately start a frenzied search, hoping to find them before anyone discovers that they are missing.  Voices include Mandy Moore (Rapunzel), Zachary Levi (Flynn).

Tangled Before Ever After (television) Tangled Tree Tavern