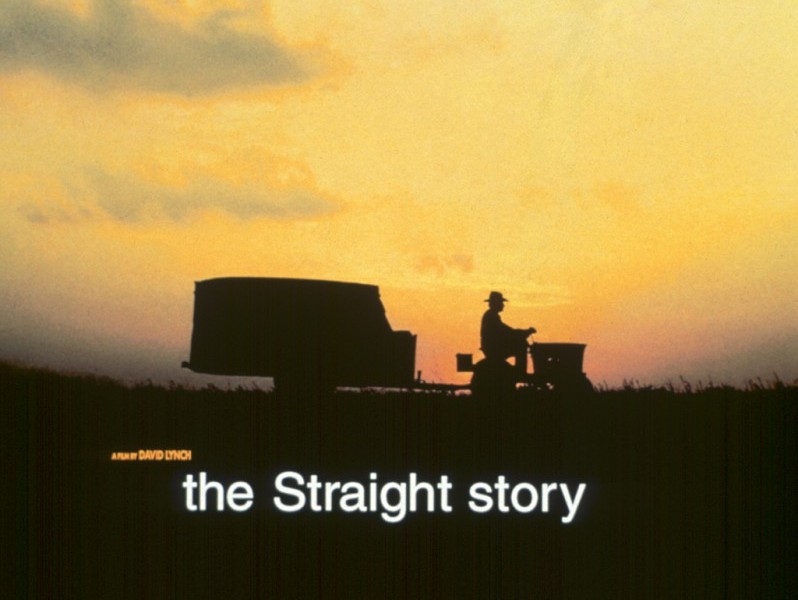 Straight Story, The (film) Alvin Straight, a 73-year-old man with failing eyesight who uses two canes to walk, receives a call that his brother Lyle, several hundred miles away, has suffered a stroke. Without a driver’s license, the eccentric Alvin sets out, at five miles an hour, to get to his brother aboard his 1966 John Deere lawn mower. On his difficult odyssey, Alvin encounters a number of strangers with whom he shares his life’s earned wisdom with simple stories, and has a profound impact on their lives. Released in New York, Los Angeles, and Chicago on October 15, 1999. Directed by David Lynch. Stars Richard Farnsworth (Alvin Straight), Sissy Spacek (Rose Straight), Harry Dean Stanton (Lyle Straight). 112 min. Filmed in CinemaScope. Based on the true story of Alvin Straight’s 260-mile journey in 1994 from Laurens, Iowa, to Mt. Zion, Wisconsin, which was discovered by the producers in a New York Times article. They eventually filmed the story in the actual area where it had happened. The film was a hit at the 1999 Cannes Film Festival, and Richard Farnsworth received an Academy Award nomination as Best Actor. Released on video in 2000.