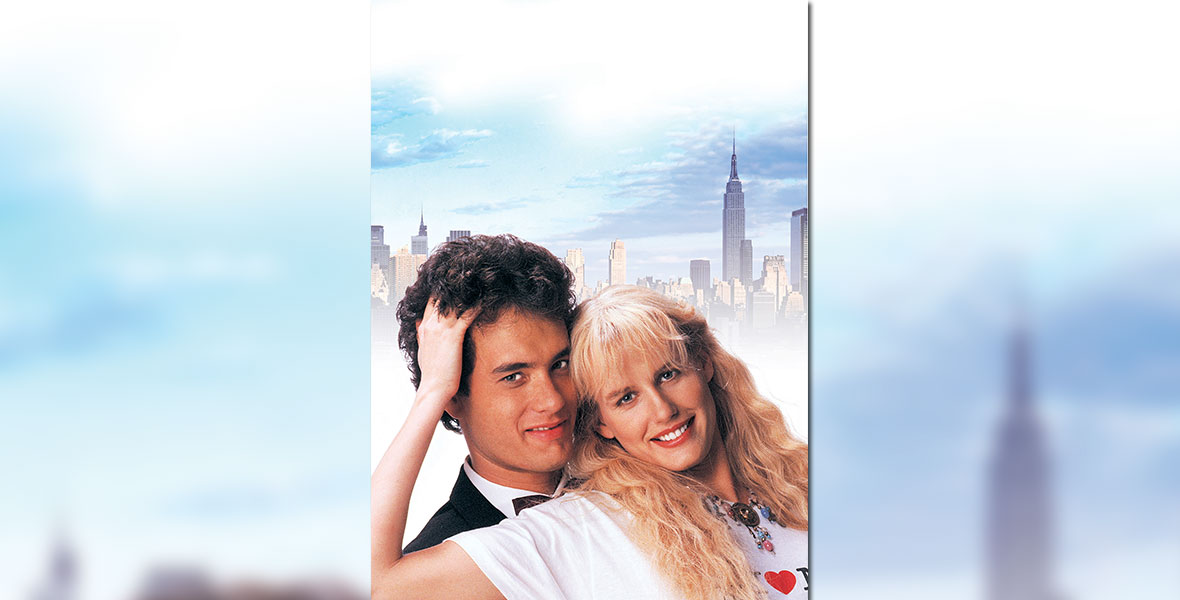 Splash (film) Allen Bauer discovers a mermaid, whom he had originally seen as a child, at Cape Cod. She goes to New York to find him, and on land, her tail transforms into legs. Allen and the mermaid, who calls herself Madison, fall in love, and he tries to teach her the ways of human life. Scientists capture Madison, but she is saved by Allen and his philandering brother, Freddie. Allen and Madison finally elude their captors by leaping into the ocean. Released on March 9, 1984. The first Touchstone film. Directed by Ron Howard. 110 min. Stars Tom Hanks (Allen Bauer), Daryl Hannah (Madison), Eugene Levy (Walter Kornbluth), John Candy (Freddie Bauer), Dody Goodman (Mrs. Stimler), Shecky Greene (Mr. Buyrite), Richard B. Shull (Dr. Ross), Bobby Di Cicco (Jerry), Howard Morris (Dr. Zidell), Tony Di Benedetto (Tim). The production took 17 days of principal photography on location in New York City, filming at such landmarks as the Statue of Liberty, the Museum of Natural History and its renowned whale room, Bloomingdale’s department store, and Columbus Circle. When Rockefeller Center’s ice skating rink closed prematurely for reconstruction, the production was granted permission to build a special rink and film in Central Park. The production then moved to Los Angeles for additional filming at locations throughout Southern California before traveling to the Bahamas for the underwater sequences. Producer Brian Grazer spent much of four years exploring various approaches to the undersea filming. He opted for the real thing, filming 50 feet down in the Caribbean waters surrounding the Bahamas. The actors received special training in diving and adapting to their confining locations. Each was required to swim from one safety diver to another, through a shot, for their supply of air. Noted underwater cinematographer Jordan Klein storyboarded each frame of film they would be shooting. The director and producer were so pleased with Daryl Hannah’s swimming that they allowed her to do all her own stunts. The film was nominated for an Academy Award for Best Screenplay. Released on video in 1984. The television sequel was Splash, Too.