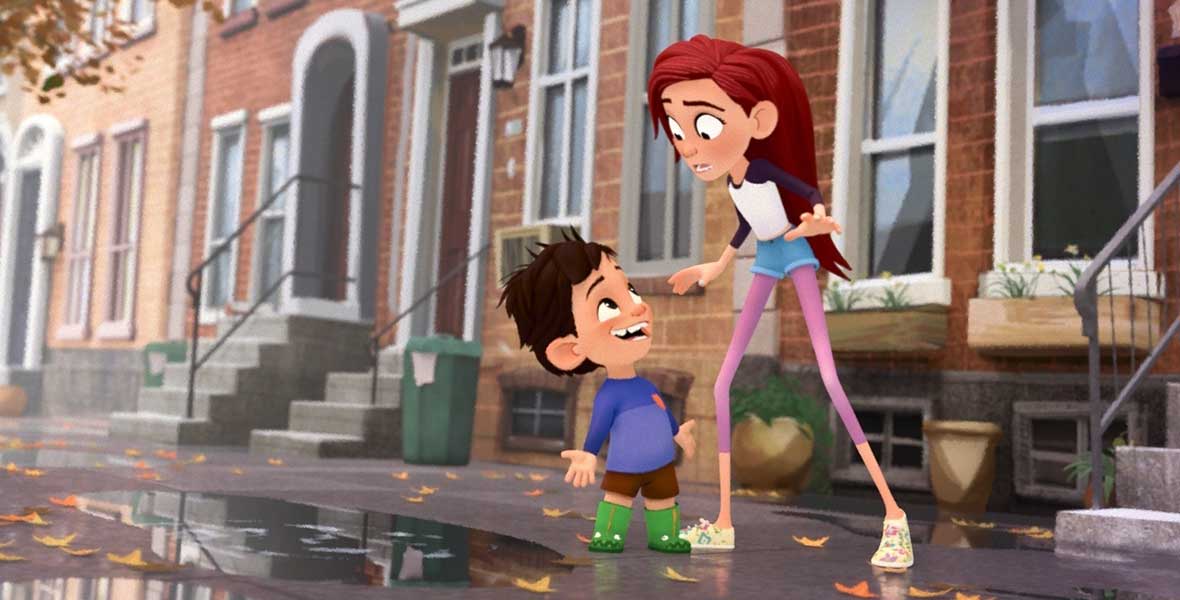 Puddles (film) Animated short film; premiered January 24, 2020, on Disney+. An adventurous young boy discovers that puddles can be portals to a fantastical world but struggles to get his sister’s attention away from her phone to see the magic in the world around her. Directed by Zach Parrish. 2 min. From the Walt Disney Animation Studios Short Circuit program. See also Short Circuit.